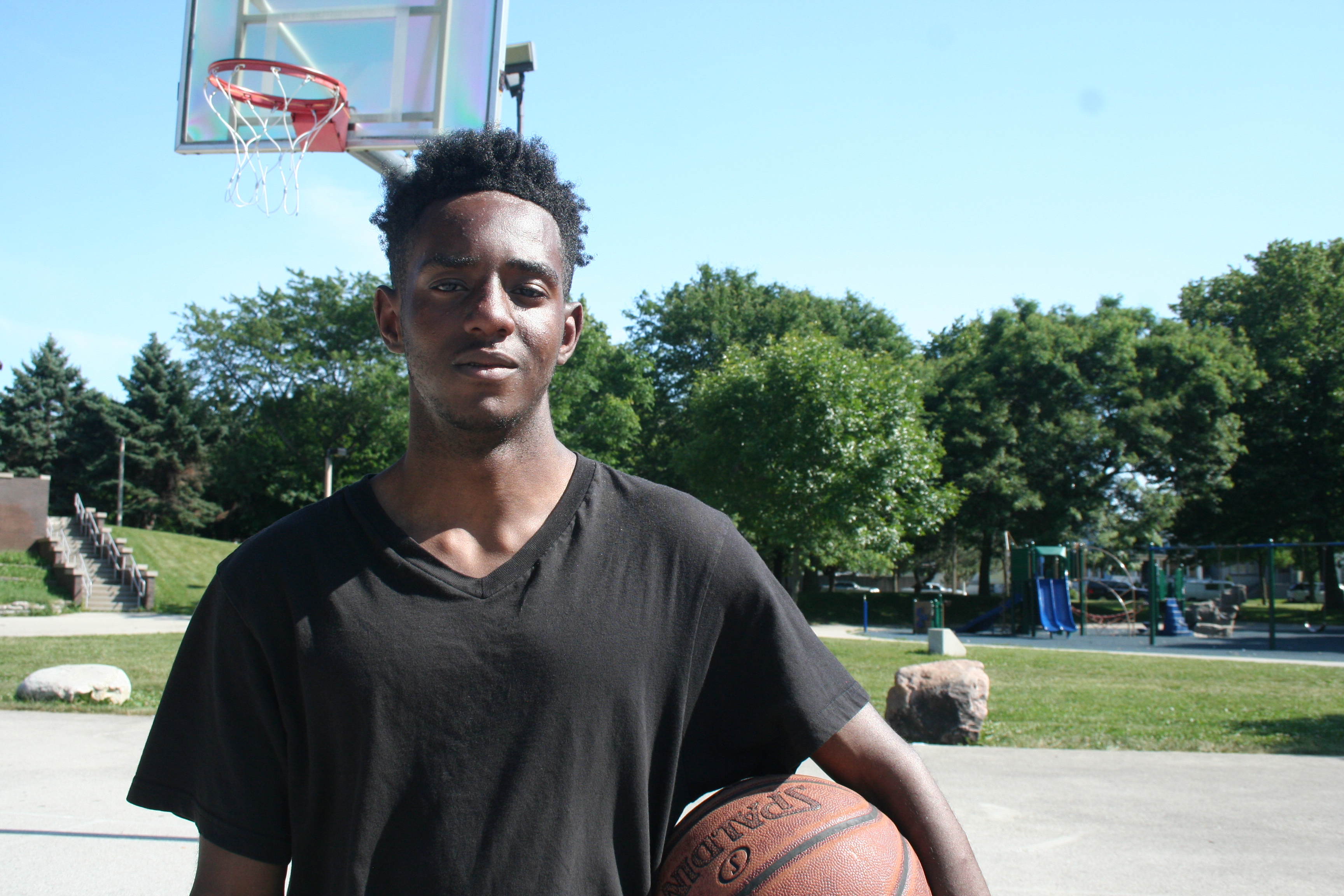 Terryon Mckinnie shoots a basketball on an empty court in Tiefenthaler Park in Milwaukee’s Midtown neighborhood while a group of men and boys play a hustle on the court beside him. Mckinnie says he would rather practice than join in — there are too many people and Mckinnie, who has a slight frame, doesn’t want to get hurt. But none of that keeps him from dreaming big. “When I see Kobe Bryant and LeBron James play, I want to play,” he says. “It’s my favorite sport.” 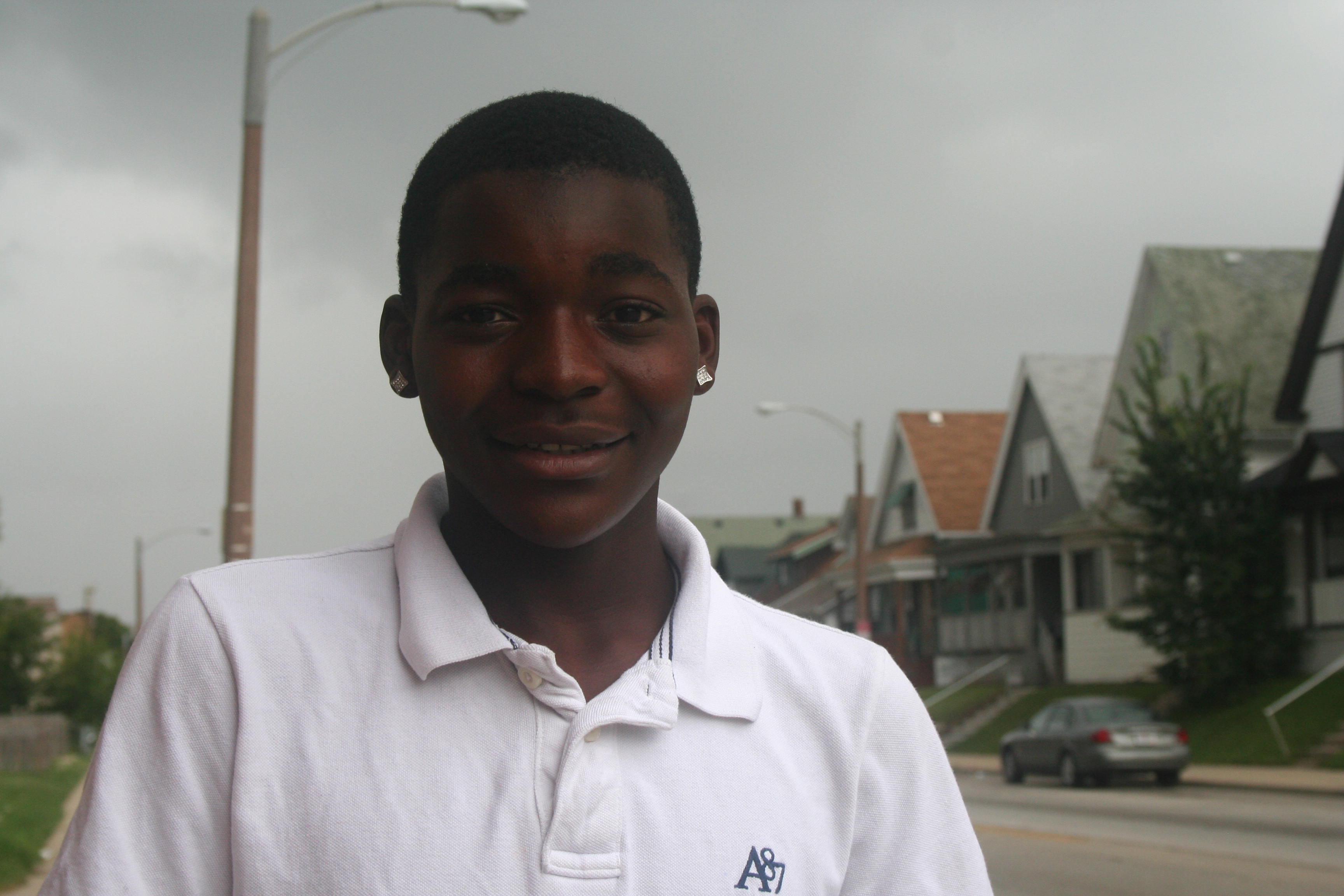 Caprice Jones crosses 27th Street, coming home from school on a Wednesday afternoon. The 13-year-old Jones has lived in the Franklin Heights neighborhood near 27th and Concordia all his life. He says he’s had a lot of great experiences, but some not-so-good ones too. “I’ve made a lot of friends,” says Jones. “The bad, I got jumped…the other day”