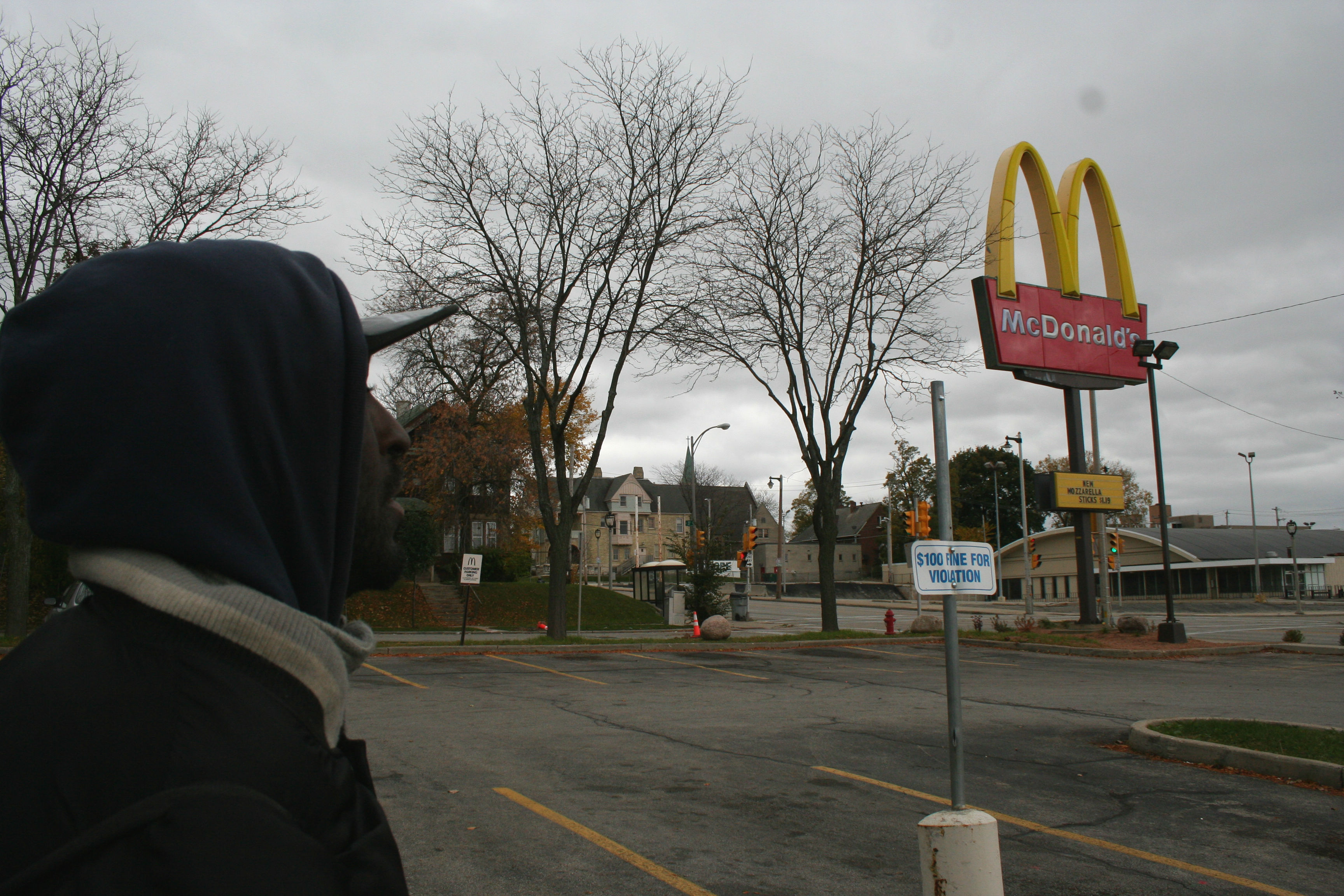 Leon Douglas leans on a car in the parking lot of a McDonald’s on 35th and Juneau. Douglas, who’s homeless and had been canvassing the outside of the establishment hoping for some charity, scarfs down a cheeseburger, with one still waiting in the bag; an order of fries and a large Sprite sit on the sidelines. “You had to learn the hard way,” says Douglas, who grew up without a father near 35th and Center. “All I seen was pimps, prostitutes, whores, things of that nature; nothing productive, nothing that offered me any real insight as to what the future might bring, as far as goals.” 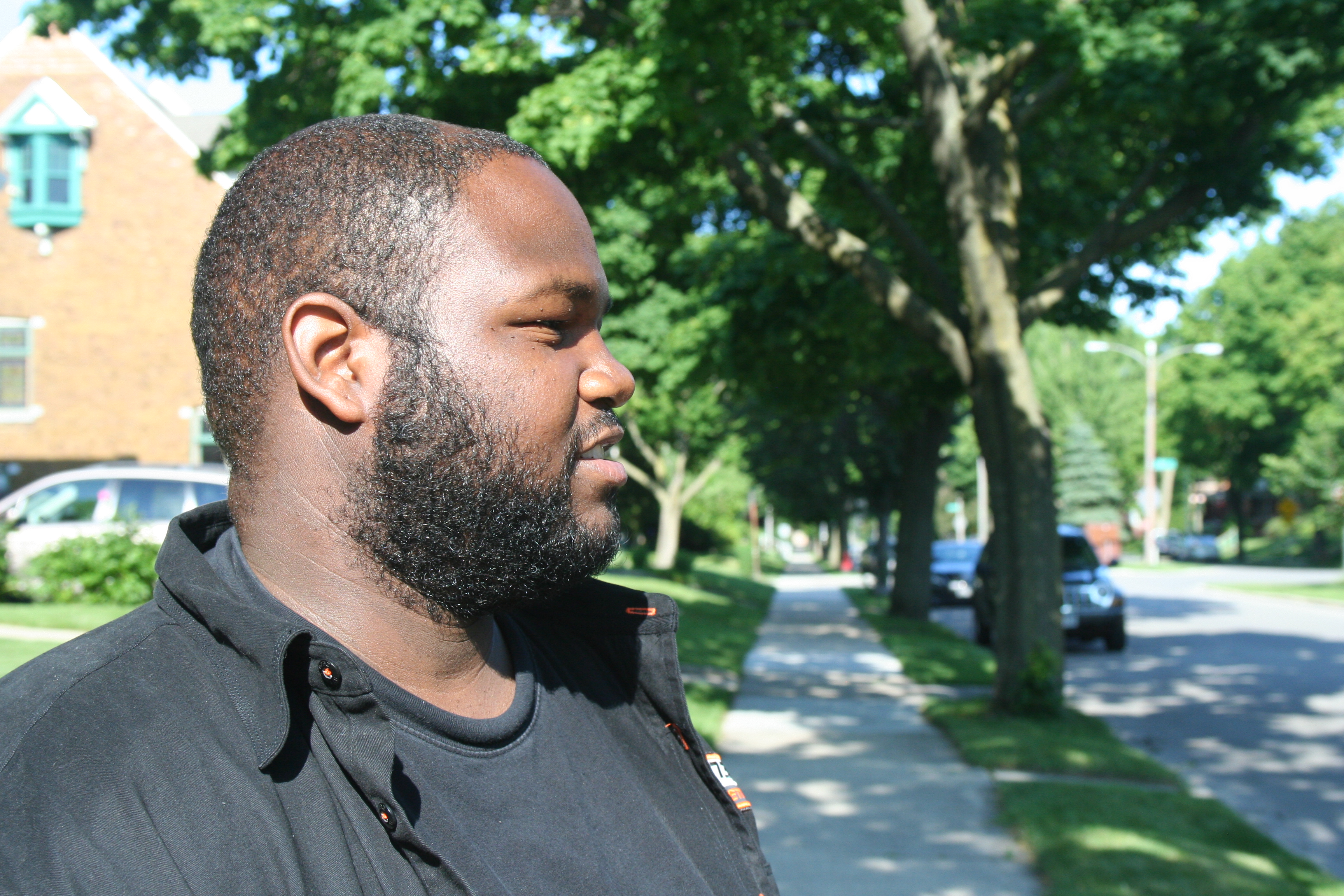 George Reeves stands on a sunny street in Cold Spring Park, a small Milwaukee neighborhood tucked away on the south side of Vliet Street. The eight-block oasis of old homes is a breath of fresh air for Reeves, who grew up on the west side of Chicago. “16th and Homan, call it Holy City” he says. “Man, it’s a rough neighborhood, man. I grew up in the 90s out there, man. You know, it ain’t nothin’ but a drug trafficking thing in Illinois.”

Brandi Elam walks down a quiet, sunlit stretch of West McKinley Boulevard in Cold Spring Park, earbuds in, music playing. Elam, who was born in Milwaukee, grew up near 76th and Hampton. “It was kind of dangerous. Every now and again, my grandma would get robbed in the alley or something,” she says.