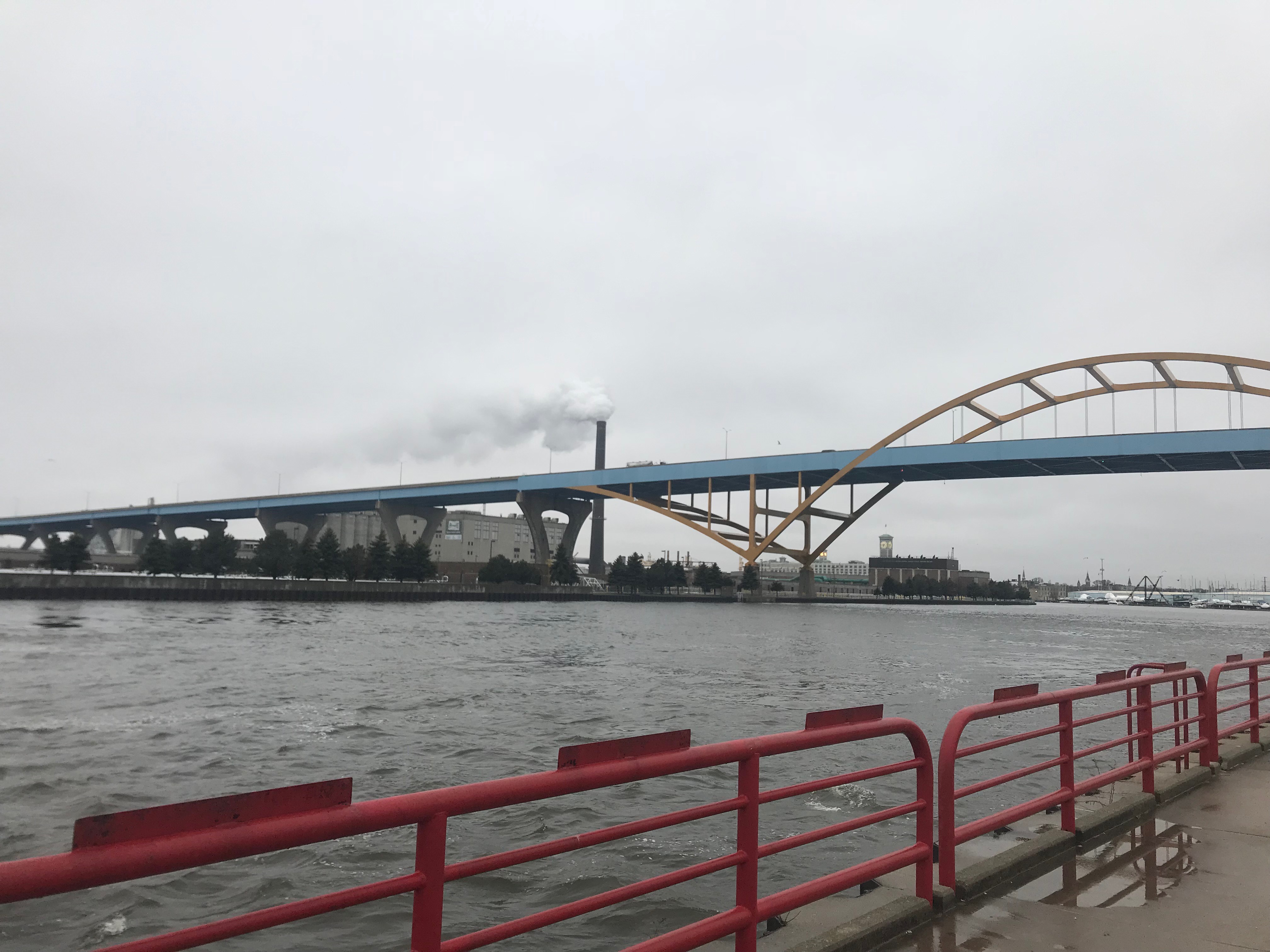 On a rainy Monday evening, I find my way to a dimly lit table in the back corner of Art Bar, a hip watering hole in Riverwest. The East Side neighborhood, where I spent much of my childhood, has changed dramatically since my parents purchased a home there for less than $15,000 in 1992.

A recent assessment valued that same home at $108,000. As of the most recent census data, housing prices have just about tripled in the neighborhood since 1990. The difference has been even more pronounced following the 2008 housing market crash, with median home values rebounding to $161,000, while that same figure in Harambee (the adjacent neighborhood, where I have lived for the last five years) sits under $70,000.

More than 40 percent of Riverwesters have a college degree, up from less than a quarter 25 years ago, while more than 20 percent live in poverty. A neighborhood once known for its diversity, now about two-thirds of residents are white.

On this day, I’m meeting Ian Abston, a co-founder and former leader of Newaukee, a local young professional networking group. Newaukee, under Abston’s direction, developed a large following of downtown-dwelling, millennial-age professionals who sought to redefine Milwaukee. He also spearheaded the creation of Young Professional Week, a statewide event whose goal is to attract 20-somethings to Milwaukee and 26 other cities. (Full disclosure: I have known Abston personally since 2011, was deeply involved in Newaukee until 2014 and helped conceive Young Professional Week)

Abston, who consults on Millennial issues, is a board member of the Greater Milwaukee Committee and has been interested in real estate as of late, agreed to meet because he’s also the director of Hoan Group, an organization that recently announced a campaign to light up the Hoan Bridge.

The campaign, which is largely modeled after similar efforts in San Francisco, Pittsburgh, New York City and Edmonton, Alberta (Canada), is hoping to raise $1.5 million next year, and $5 million over the next 20 years, to put hundreds of lights on the bridge. Each light will honor a Milwaukee individual or organization and recognize “the countless unseen or under-celebrated acts of kindness, generosity and service that give our city hope.”

People can dedicate a light for $25, or donate as much as $500; donations, which are being funneled through the Greater Milwaukee Foundation, will go to the Light the Hoan organization.

Abston described the project as “vibrant,” “cool” and something that will “set this city apart.” But others have called the campaign “tone-deaf” and criticized it for not directing funds to organizations addressing local issues.

“We’re not a conduit for donations,” said Abston, clarifying that even if a light is dedicated to an organization, that organization will not be in line to receive any of the associated funds. He said Light the Hoan plans to employ writers to promote the campaign.

“Do I think that’s right? No,” said Lori Hayman, a lawyer. Despite her personal feelings, Hayman explained that the approach is legal as long as the group doesn’t make a profit.

A social justice advocate whose work focuses on neighborhood issues called the campaign “nonsense,” adding, “In 10 years, if we’ve got people with houses and neighborhoods that aren’t being torn down, maybe we can do that.” They said a portion of the funds should be used to combat homelessness and displacement in Milwaukee neighborhoods.

Riverside real estate in the city’s Harbor District, just south of the Third Ward and east of Walker’s Point, currently represents some of the greatest opportunity in the city for developers, to the tune of a potential $864 million in increased property values. And plans for the area are already in the works with the City of Milwaukee Planning Commission unanimously endorsing the Harbor District water and land use plan in January. The Hoan Bridge is a demonstrative part of the skyline, when viewed from these properties.

Abston leads a group of prominent, white Milwaukeeans, including Jeff Sherman of OnMilwaukee.com; Michael Hostad, director of innovation at the Greater Milwaukee Committee; and Lori Richards, a partner and president at Mueller Communications.

OnMilwaukee, FOX6, the BizTimes and Milwaukee Journal Sentinel all published stories promoting the campaign in the wake of its launch in May. Abston said he ran the idea by local Black leaders, including Municipal Court Judge Derek Mosley. Mosley, who has dedicated three lights, including one to his kidney donor, said, “I wasn’t involved in the planning — I just thought it was a good idea.”

Milwaukee Mayor Tom Barrett has spoken glowingly of the project. “The Daniel Hoan Memorial Bridge has long been a symbol of Milwaukee,” said Barrett. “This effort to light the bridge up demonstrates the next generation’s commitment to putting their mark on the future of the City.”

Twenty-nine percent of people who live in Milwaukee earn wages less than the federal poverty line; that number is twice the national average. People of color who live in the city, which is one of the most segregated in the country, experience higher rates of poverty, incarceration and police violence than their white counterparts.

Thousands of children, primarily those who live in central city communities, continue to be poisoned by lead, as the City of Milwaukee — mired in disorganization and mismanagement — has failed to provide a comprehensive, strategic response.

According to Dennis Walton, a former organizer with the City of Milwaukee, there is an absence of leadership in the city among those in positions of power. “The real leaders aren’t being supported,” he said, referring to individuals working in neighborhoods to feed, clothe and house people.

Walton, who founded Made Men Worldwide, a fatherhood-focused mentoring organization, said it is essential for people to broaden their perspective, and be willing to engage outside their typical circles. When people are willing to do this, Walton says, it allows for growth. “We have to get out of the rat race … you have to be able to share in the struggle of all people.”

He added, “We’re all struggling to overcome something. So, if we can share in it we can overcome in a more genuine way.”