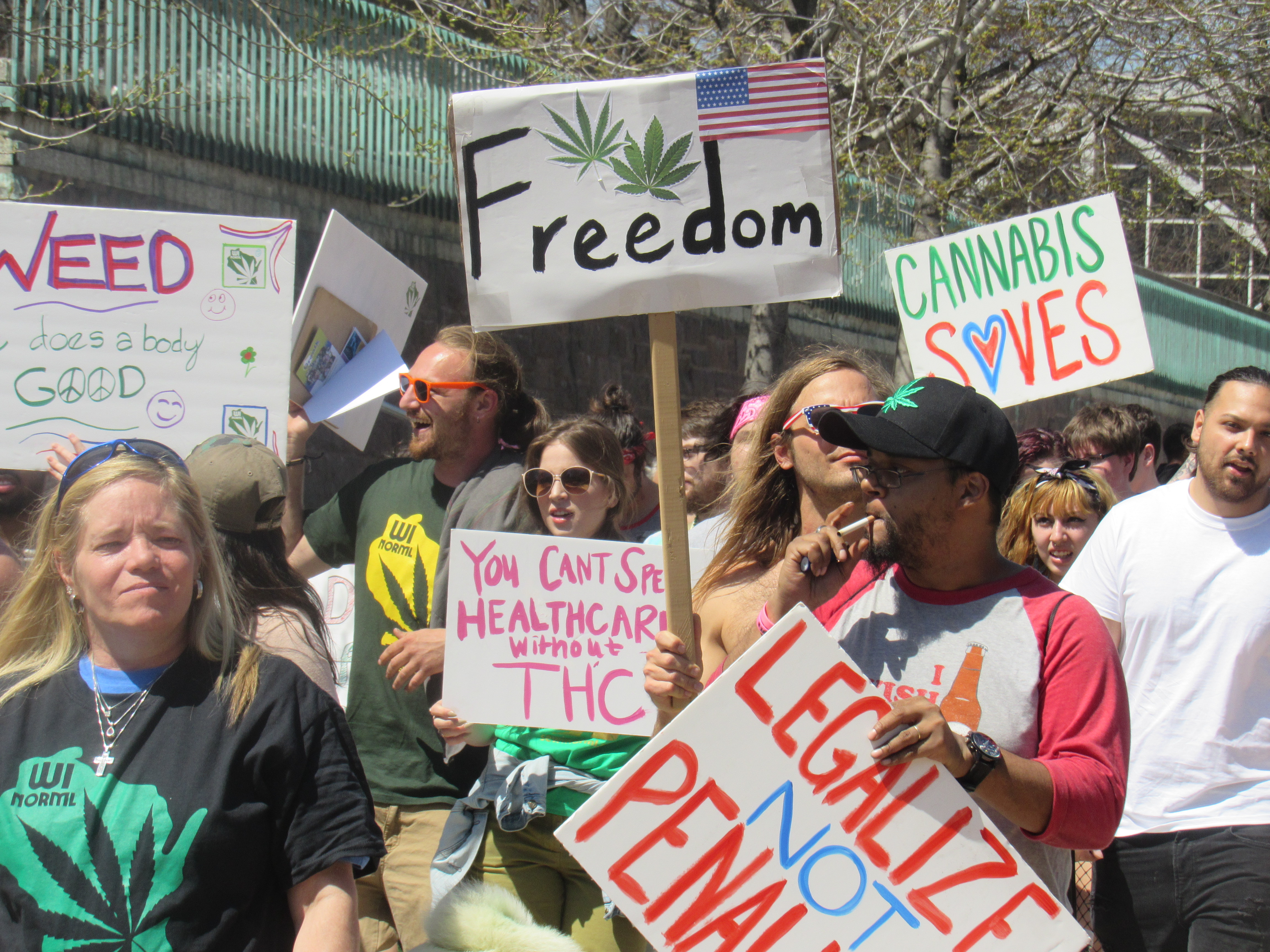 A referendum to gauge whether Milwaukee County residents support the legalization, regulation and taxation of cannabis could come before voters as early as this fall.

The measure will be added to the Nov. 6 ballot pending approval by the Milwaukee County Board of Supervisors at its next meeting May 24. On May 10, the County Board’s Judiciary Committee unanimously recommended a resolution, which would create the referendum, to the full Board.

That vote came just days after a large pro-cannabis rally in Milwaukee, where a diverse group of at least 200 occupied the shadow of the Milwaukee County Courthouse, in 80-degree heat, to call for cannabis reform. Supporters said legalization could have a positive effect on people’s mental and physical health, as well as efforts to reform the incarceration system.

“I think any politician who is against it is not looking at the big picture,” said Ray, a combat veteran who attended the rally with his son. “It’s about time Wisconsin get with the program.”

State Rep. David Bowen, who attended the march, noted bills pushing non-psychoactive CBD products have helped. “However,” he told Milwaukee Stories, “at the end of the day there’s still a lot of opposition, and a lot of misinformation spread about anything that has to do with moving forward on legalization. Even medical marijuana.”

Late last year, Bowen and other Democratic lawmakers introduced Assembly Bill 482, which would have legalized cannabis for medical and recreational use. The bill, which not one Republican supported, never made it out of committee.

In March, Bowen also introduced a bill to prevent employers from drug testing for cannabis. According to Bowen, the bill gained some momentum before Republican legislators quashed it. “It did start a conversation,” he noted, “a really unexpected conversation.”

Bowen said he hopes state legislators “give the issue the real time of day that it deserves” when the new session begins early next year.

Participants marched to chants of “Yes We Cannabis!” and other pro-marijuana phrases. (Photo by Alhaji Camara)

State Rep. David Bowen told the crowd he supports the decriminalization of cannabis and expungement for people incarcerated because of non-violent drug offenses. (Photo by Alhaji Camara)

Tracy Krueger was among the many participants who created signs to express their displeasure with current marijuana laws. (Photo by Alhaji Camara)

NORML (National Organization for the Reform of Marijuana Laws), the group that organized the rally, supported Bowen’s bill prohibiting drug testing. Eric Marsch, director of Southeastern Wisconsin NORML, a regional chapter of the national organization, told Milwaukee Stories a successful November initiative could have a domino effect, paving the way for non-violent criminal cannabis convictions to be wiped from the books.

In a country known for high incarceration rates, Wisconsin imprisons more Black men than any other state. According to an analysis by the Wisconsin Justice Initiative of 95 arrests in 2015 and 2016, 86 percent of all Milwaukee County cannabis arrests were African-Americans.

Several cities, including San Francisco and Seattle, have recently experimented with throwing out non-violent drug offenses. Toward the end of his last term as president, Barack Obama also commuted the sentences of 46 non-violent drug offenders. However, data on the effect of these decisions is hard to find.

Wisconsin voters expressed support for treatment alternatives to incarceration and 81 percent of people said the government uses too many resources to arrest and incarcerate marijuana users, according to a 2016 Marquette Law School Poll. Fifty-nine percent of respondents said cannabis “should be fully legalized and regulated like alcohol.”

Residents and supporters also spoke of other benefits to reform.

“For far too long veterans have been prescribed far too many opioids,” Ray told Milwaukee Stories. Ray, a former US Marine and National Guardsmen, stood quietly just beyond the crowd’s perimeter holding a sign that read: “Veterans For Cannabis.” He declined to give his last name.

Ray said cannabis can help combat veterans transition back into society. He spoke of its grounding, and calming, effect, which he said could be particularly helpful for veterans experiencing post traumatic stress. However, he noted that many returning soldiers are prescribed a cocktail of sedatives, antipsychotics and painkillers, adding, “All they’re doing is making [us] zombies.”

Although the November vote won’t itself end prohibition, it pushes the state to make a decision. Depending on what voters decide, the future, for people like Ray, may be a bit brighter.⬩