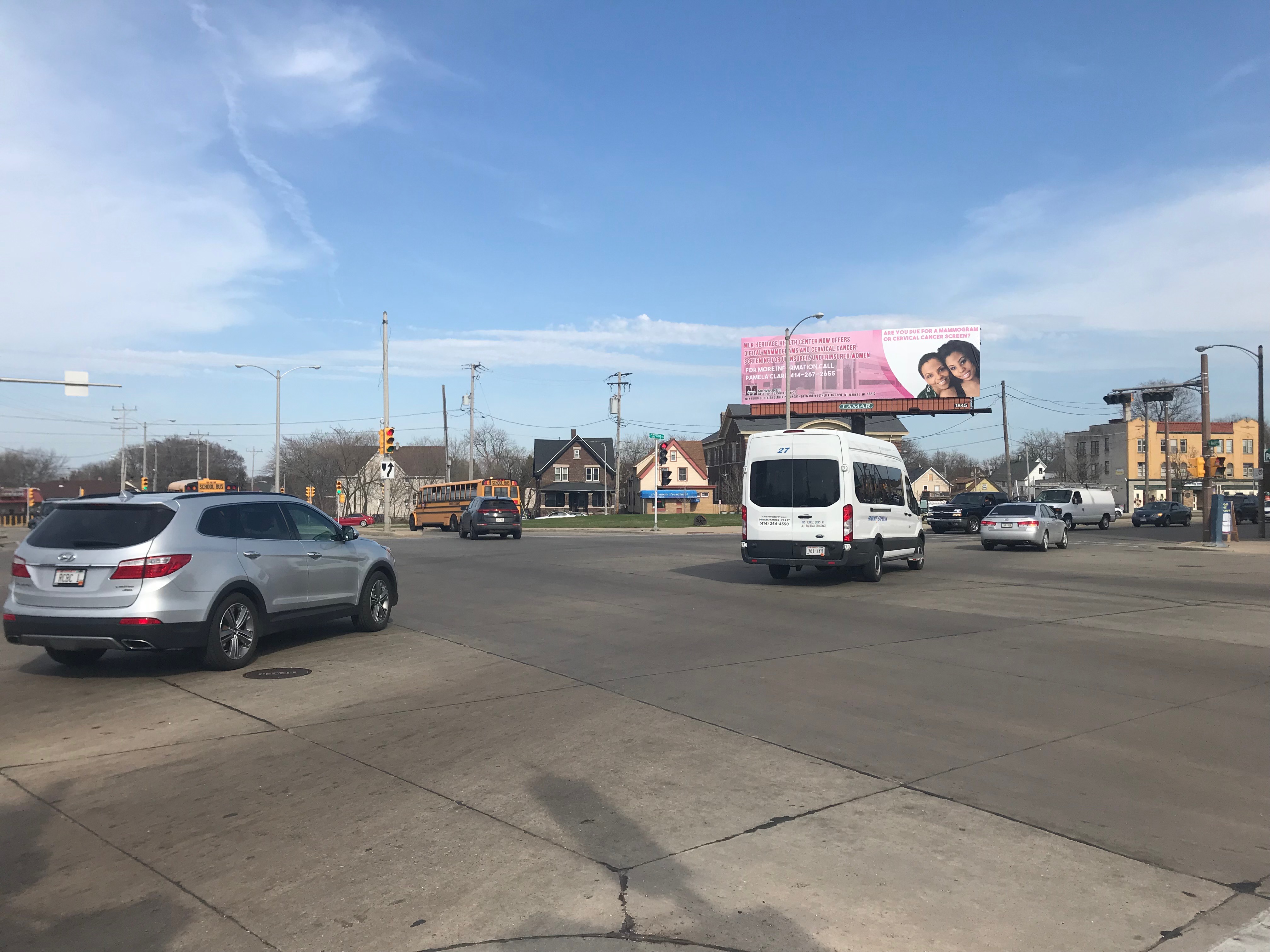 Last year, the City of Milwaukee began a process to solicit feedback from Harambee residents; it said that feedback would be incorporated into a development plan for the Five Points area, a major intersection and public transit hub. The stated goal of this “design charette,” led by Community Design Solutions at the UW-Milwaukee School of Architecture & Urban Planning, was to redevelop “underutilized sites in the area.”

After two neighborhood meetings that drew less than 30 residents and an all-day session at UWM, residents have yet to see a report and remain in the dark about the project’s next steps.

Now, the city is seeking out resident perspectives, again — this time regarding a proposed expansion of the downtown streetcar, which is nearing completion of its first phase. However, at a recent discussion on Dr. Martin Luther King Drive, Department of City Development (DCD) employees could not give a concrete timeline for expanding the streetcar up King Drive, citing a lack of funding.

Harambee residents were wary of the presentation, despite expressing a need to revitalize the busy corridor.

“The reason they can’t give us a timeline is because first … they want to move a lot of us out,” said Harambee Neighborhood Improvement District (NID) Board Member Rebecca Ollison.

Ollison, who also attended one of the feedback meetings for the charette, said the small dinner, attended by 11 residents, felt “like deja vu,” adding, “There’s not too much trust because of what we’ve experienced before.”

Monica Wauck Smith, a senior planner with DCD, said the goal of the Transit Oriented Development (TOD) study is to connect downtown to nearby neighborhoods “with equity in mind.” In an email invitation to the discussion, Wauck Smith cited the importance of incorporating resident input on “housing options, shopping options, employment locations, and walkability,” topics that largely were not addressed.

The study, which began in September, is in the “refinement” stage, according to a presentation provided by DCD. Wauck said the city is considering building bicycle and pedestrian trails “not just north-south but east-west” across the freeway; the presentation proposes three sprawling mixed-use developments up King Drive, at its McKinley Street, Walnut Street and North Avenue intersections.

A final version of the study will be delivered to the Common Council this summer, which will become part of the city’s comprehensive plan for the area, according to DCD planner Sam Leichtling. Wauck added that the city will revisit its recommendations before then “to make sure they are reflective of what we hear.”

“No plans have been made — nothing’s concrete yet,” said Deshea Agee, executive director of the King Drive Business Improvement District and a partner in the TOD study. He said it is important to have “pieces in place” to benefit “the residents who are already here.”

“Advice is no good unless you’re desperate enough to hear it.”

Dinner was served during a recent discussion at Rise & Grind Cafe. (Photo by Jabril Faraj)

Resident questions about who is being targeted also went largely unanswered.

Wauck said the city has held three public meetings and set up information tables at more than 50 community events, including regular lunch meetings for area business owners, a workshop with local artists and neighborhood association meetings in Halyard Park and Brewers Hill. She touted the group’s work with community partners such as Westcare and P3 Development Group and DCD has held “10 one-on-one interviews with key stakeholders,” according to her presentation.

However, Wauck, DCD Spokesperson Jeff Fleming and Genyne Edwards, a partner at P3, did not respond to emailed questions about the demographics of individuals surveyed or what specific steps are being taken to engage the most vulnerable.

Median household income in the 53212 ZIP code, which encompasses Harambee, Riverwest, Halyard Park and Brewers Hill, is $29,968, about half the figure for the entire Milwaukee Metro Area. Almost 40 percent of people live in poverty and 22 percent of residents are between the ages of 20 and 29.

Avery Bristen, 24, said he expects transparency from the city and that it is the job of those creating the study to inform and involve people. “I can’t invoke change if I’m left out,” he said.

On April 20, four days before the discussion, I delivered a plan to Wauck, Edwards and Agee that details a strategy to engage residents through one-on-one, on-the-street conversations, and in structured group dialogues. It also suggests residents who are not employed with partner organizations be included within the project itself as paid participants. The plan’s ultimate goal is “to engage, utilize and empower” residents, particularly those who may not attend a meeting.

The plan was created in cooperation with members of the Five Points Neighborhood Association in 2015. It was prepared at the request of individuals working to create a park on the Beerline Trail north of Keefe Avenue but was never implemented.

The Beerline Trail project ultimately produced few results despite receiving more than $725,000 in grant funding. The city was a partner in that project, as well.

Wauck said she reviewed the plan but declined to share any thoughts.

“Advice is no good unless you’re desperate enough to hear it,” said Tony Paige, who has lived in Harambee with his wife for decades. “If the city really wants to do something … they’ll listen to us.”

The fourth of five public meetings will be held Tuesday, May 22, from 6 p.m. to 8 p.m. at the Welford Sanders Enterprise Center, 2821 N. 4th St. Residents can also provide feedback via this survey.⬩

Did you find value in this story? If so, please sign up to receive periodic updates.

Will you help support us so we can continue to bring you the real stories of regular people? This work is supported by small, individual monthly contributions from people just like you. Please consider becoming a member today!