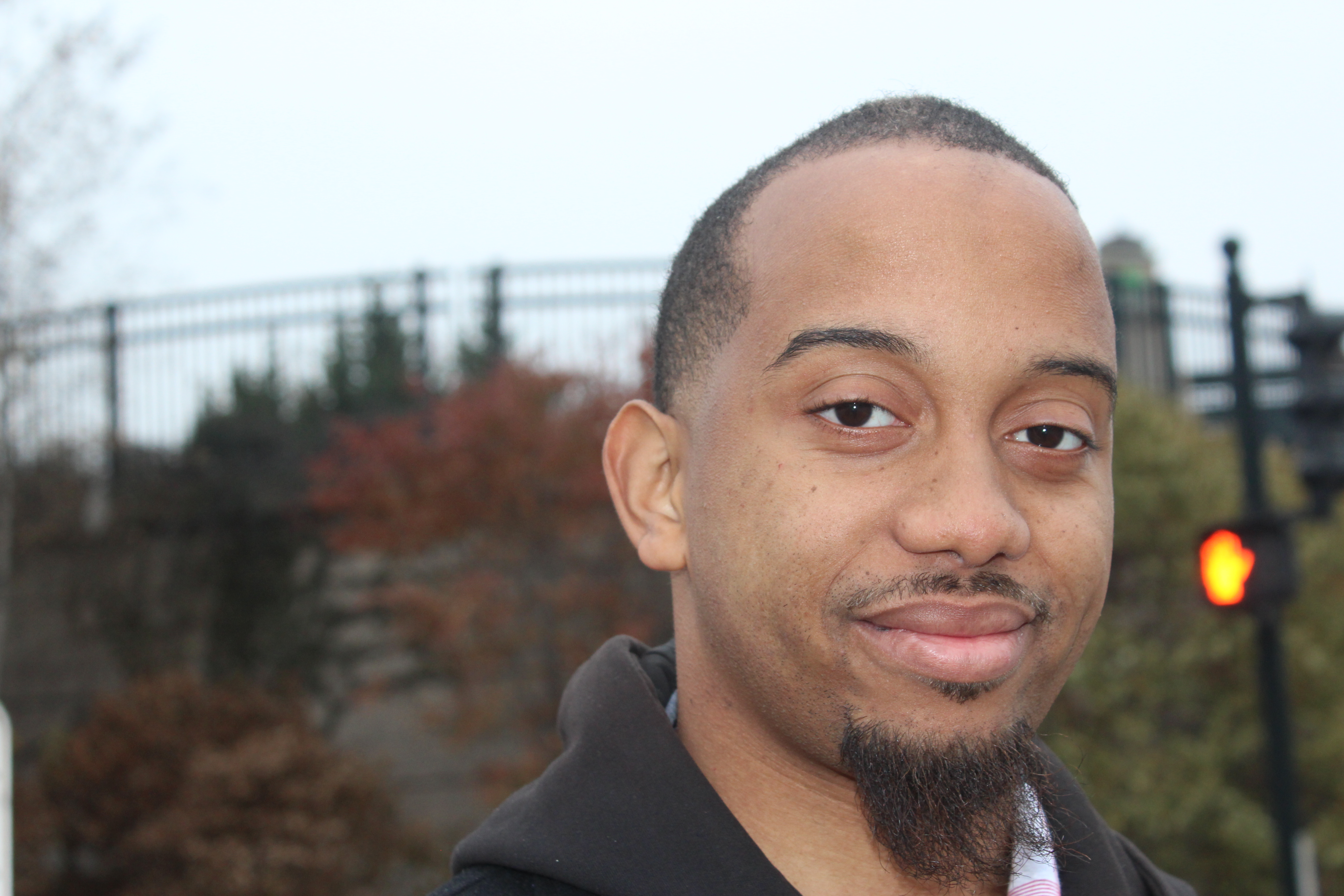 Though it’s well over a month until the winter solstice, the frosty air and gray skies suggest otherwise. Denzel Jacobs walks down East Capitol Drive dressed appropriately for the Wisconsin weather, layering a button-up coat over a brown jacket zipped to the top. His hands stay sheltered in his pockets as he speaks.

“It was rough but neighborhood camaraderie kept everything straight,” Jacobs says. “It was more like a family than anything else.”

Denzel and his three sisters (one of whom is his twin) were raised primarily by his mother, uncle and grandma. Even though his dad didn’t live with them, he was always in their life.

“Up until he passed away, we had a relationship of sorts,” he says.

In August his father was stabbed to death just three blocks away from where he lived.

“You lose one parent and then you kind of become numb to things,” he explains. “My mom had cancer and that was rough enough, but them being a year apart …”

His gaze wanders off toward the overcast sky as he pauses.

“It’s definitely rough but you learn to keep moving.”

In April of 2015, Jacobs’ mother told him and the rest of the family that she had been diagnosed with breast cancer.

“It was actually April Fool’s Day when I found out.”

So began the battle against the tumor. Denzel and his sisters would accompany their mother to weekly chemotherapy treatments. At one point, the doctors were able to shrink the tumor down and remove it.

“Everything seemed to be going okay,” Jacobs recalls. “We were all pretty optimistic about the situation … Up until that last moment.”

After his mother started radiation treatment, the cancer became aggressive; it took over within the span of two months, spreading across her body.

He says that at some point during the battle, he realized it was selfish to want her to remain here and suffer like she was. Believing she was going to a better place when she passed, made coping a little easier.

“She was a woman of the Lord, so I put that in his hands,” Denzel says with a subtle smile.

The Jacobs family remains close-knit and continue the tradition of attending cancer walks together.

In the wake of his parents passing, Denzel says that he’s become more introspective.

“My goal is just to be happy,” he shares. “To be around and be something for somebody.”

Jacobs laughs. “People know me. You could give me socks, as long as they are socks with love.”⬩

Update (Nov. 19): This story initially stated the wrong year Denzel’s mother was diagnosed. We apologize for the error.

Did you find value in this story? If so, please subscribe to our list for periodic updates.