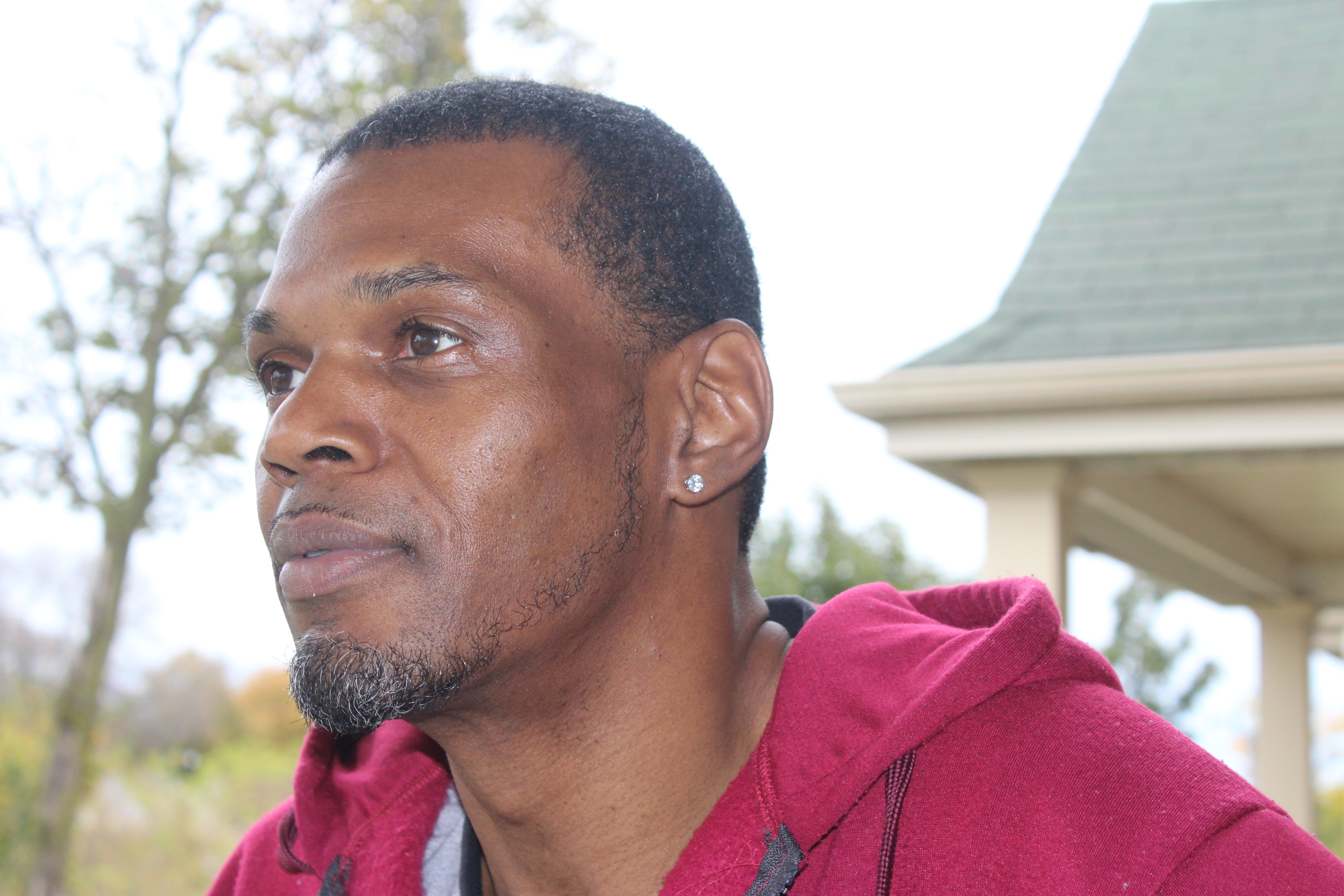 Sunlight peeks through the scattered, slow-shifting clouds. The air is slightly chilled, indicating autumn’s swift arrival. Steve Hampton stands on the stoop outside of his front door wearing a crimson red and gray jogging suit and holding Joyce Meyer’s “Battlefield of the Mind.”

“This right here is a very powerful book,” Hampton says. “I read this about five times in Mississippi.” It was there that he served a 10-year prison sentence, where he was initially charged with life without the possibility of parole.

Steve was born in Chicago but his Mother moved him and his siblings with her to Milwaukee to escape their Father, who was abusive. Though Hampton was too young to recall the abuse, his older sister would tell him about it.

Steve, who grew up in Hillside, recalls his Father’s occasional presence.

“I mean he took care of me financially-wise,” He recalls. “But what I needed was some guidance.”

When Hampton was still young, he would go over to his cousin’s house and see them living and working the ins-and-outs of what he calls “the drug business.”

“I wanted in,” Steve says. “I wanted some of that action.”

By age 9, he was roaming the streets. As he grew older, Hampton fell into a trend of getting kicked out of school. He began stealing and selling his older cousins’ marijuana. In 1997, Steve found himself locked in the trunk of a car for hours; he finally managed to escape after using a small crowbar to pry his way out.

Eventually, Hampton would face charges in Milwaukee, but he fled to Mississippi on bail and was caught.

“I just thought at one time I was the slickest thing down here on this Earth, not knowing that I was dull and dead spiritually,” he laments. “Making the decision to turn to God for help was the best decision that I ever made.”

Hampton adds, “The battle is within the mind.”

After those 10 years, Steve was extradited from Mississippi to Milwaukee. His good conduct begot positive recommendations that followed him to his next court appearance.

“The judge and the DA spoke highly of me,” He beams. “They’ve given me a chance in society again … it was all God’s doing.”

At 47, Hampton now makes a conscious effort to surround himself with positive people. He plans to maintain his focus on positive things.

He recites Jeremiah 29:11 from memory. “‘[For I know] the plans I have for you. Plans to prosper you and not harm you. To give you hope in the future’”

“So if my Heavenly Father says this thing, this plan that he has for Jeremiah … he has the same plans for all of us down here.”

Steve had his first job interview last week and plans to receive his license in ministry within the month.⬩

Did you find value in this story? If so, please subscribe to our list for periodic updates.