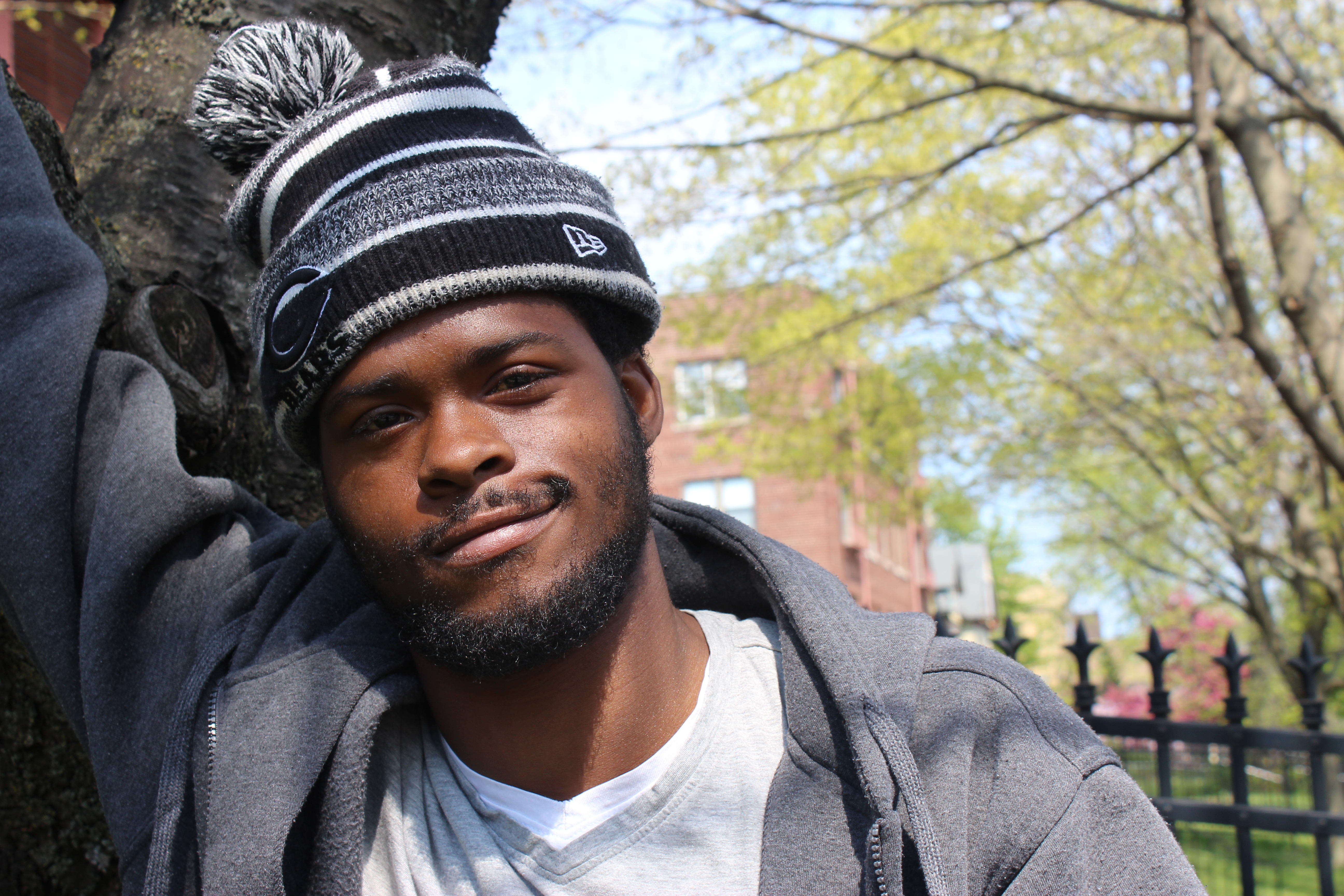 Anthony Olden saunters down West Wells Street, a good friend close by his side. His wide smile and carefree nature imbue Olden with an air of unflappable joviality.

“I wanna open a rec. center for my peoples — that’s what I’m savin’ my money for, man, for this city. Before I die or somebody kills me, I want my people to be like, ‘Hey, that man, he left us all somethin’ behind.’”

Anthony grew up on the east side of Milwaukee, near Buffum and North. Despite being the youngest of seven, he hasn’t been handed much.

His dad was around “at times” but it “wasn’t no everyday thing,” he says with a smile and a laugh. “My dad pretty much like me — no job, gotta do what I got do not to starve,” he says.

“Beautiful” and “loving” are words he uses to describe his mother. “She took in families,” he says. About 14 years ago, she became diabetic but survived for more than a decade with Anthony’s help. Three years ago, she passed.

Olden says the experience taught him the value of helping others, but it also taught him to let go.

Frederick Douglass, 22nd Street School, Hamilton and Washington are just a few of the schools Olden attended. “I couldn’t stay still,” he says. “You know, just got tired of the environment.”

“Seein’ the same pictures, the same walls. It’s like, ‘I wanna see what this school is like.’”

Eventually, he ended up at Transition High School on 27th and North. This was the place that finally kept his attention. Olden, who calls the environment there “caffeinated,” worked in a bike shop, participated in nature outings and meditation groups, helped out at a church, and worked at a nursing home in addition to his schooling.

“That’s where I found myself,” he says of the nursing home.

Because he’d been helping his mom for years he “fit right in.” He got a certificate from Independence First and acted as an official caretaker for his mother before she passed.

These days, Anthony works a lot of gigs to keep the bills paid — junking, scrapping, washing cars, landscaping and tree maintenance — essentially, whatever work he can find. He works demolition, too, from time to time, which helps him channel his anger in a positive way.

Someday, he hopes his children — he has four and one on the way — will take care of him the way he did his mother. He looks forward to seeing the seeds he’s planted in them sprout.

This is the same reason he wants to build a center. It won’t just be for recreation — Anthony envisions it as a home away from home, as a place anyone can go whenever they need to. And, he wants it to be totally free.

“I don’t feel everything should be based upon evilness,” says Olden.

He views things a little differently.

“I breathe this air and I get along with the grass; I blend in with the raccoons and the squirrels.

“And we all lookin’ for nuts.”⬩