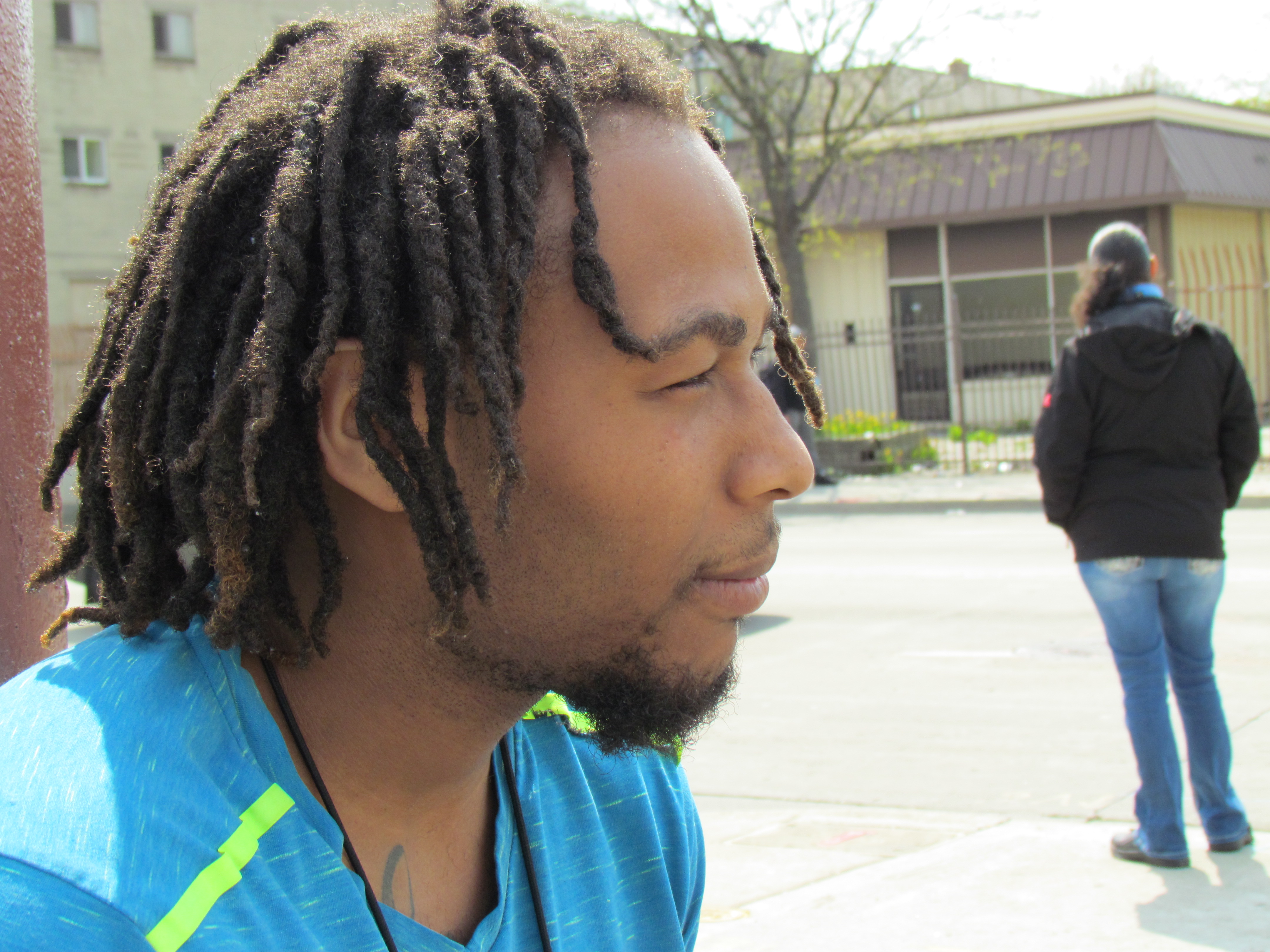 Keon Hamler sits up against a pole near a bus stop at 27th and Kilbourn. The stout 22-year-old quietly watches the hustle and bustle around him, as people come and go.

“After I graduate, I wanna get into the music industry,” he says.

Influenced by members of his family, Keon was writing rap lyrics, making beats and recording music as early as 8.

Hamler has stayed “all around” but grew up on the east side of Milwaukee, staying, first, on Richards, then Concordia and 21st Street. And, from a young age, it’s been a challenge for Keon, who was hit by a car when he was 6.

“I was in a coma for about five days — they thought I was gonna die … That fifth day, I woke up.”

He doesn’t remember much from that time but wonders what it would’ve been like if he never would have woken up, and what the people in his life would be like now. He says the experience taught him to “always look both ways while crossing the street.”

Keon, who attended Milwaukee High School of the Arts and graduated from Rufus King, was taking classes at MATC until about a year ago. He was working toward a degree in Music Occupations. “I didn’t have my money right, so I had to take off, get a job and get the money.”

Hamler hasn’t found it easy to settle down, moving around a lot. He just quit his job as a security guard at Rainbow because the place kept getting robbed, and he says he didn’t feel safe.

Still, he plans to get back to MATC by the fall.

“I write about my life, what I’ve been through, what I had to go through to be where I’m at right now,” Keon says.

“I just like to keep it real, ‘cause I came from nothin’.”⬩