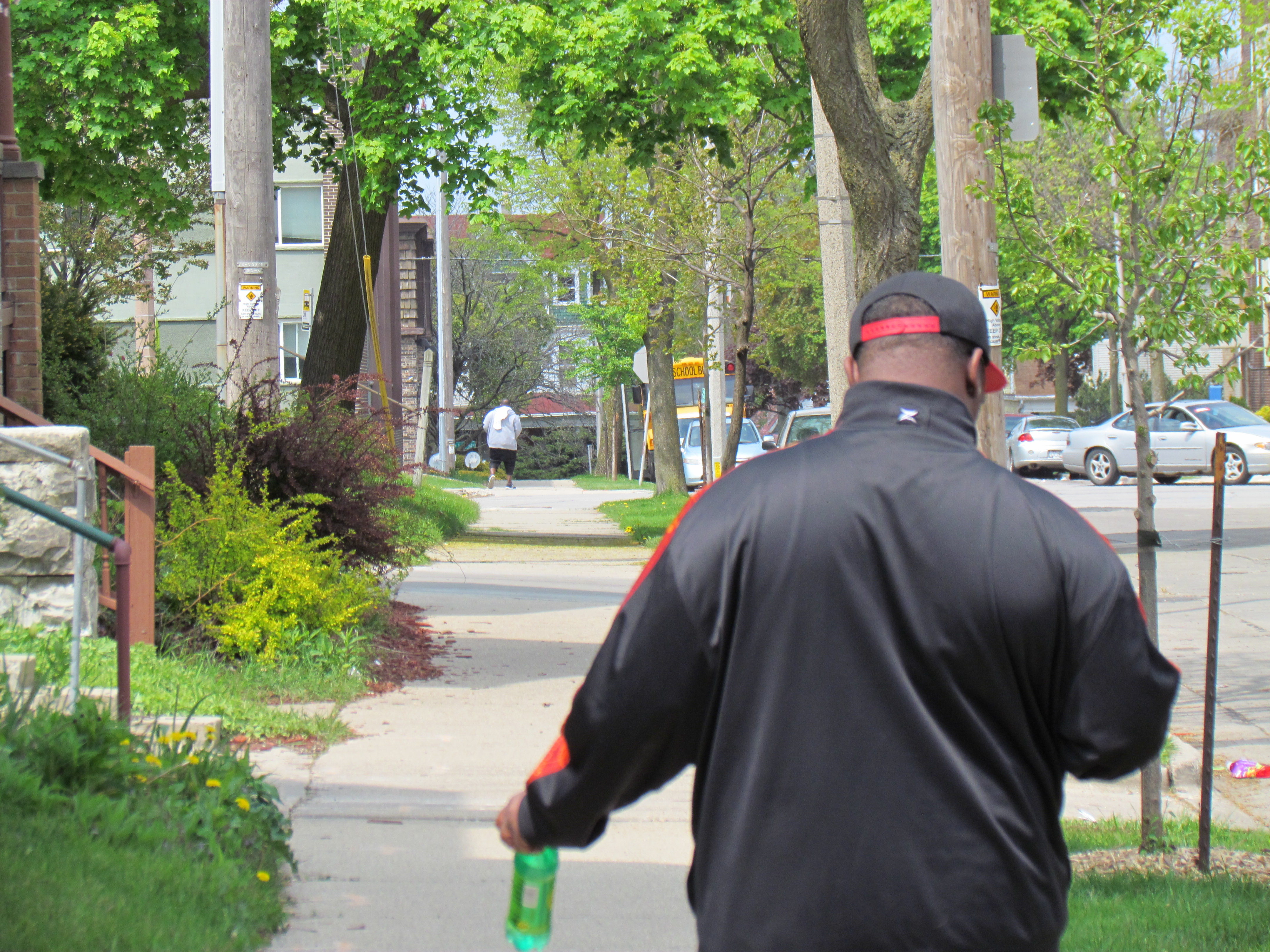 Deon Bell quickly crosses State Street on a warm, sunny Friday afternoon, his phone in one hand and a bottle of pop in the other. He stops on the corner but can’t quite seem to keep still, moving and shifting, this way and that.

He grew up a “little bit ‘a everywhere” — from the Lapham Park Housing Projects, to near 27th Street, and the south and west sides. It was like “visiting different states,” he says. “Everybody lives differently.”

Deon’s childhood was a bit of everything, too. Bell, whose only sibling is two years older and whose father was there “off and on,” said his childhood was boring. So, when he got a little older he started searching for something else.

“I got to a certain age and it was like the home life really didn’t matter no more,” he says. “I wanted to see what the streets was like. And, [my mother] wouldn’t let me do that, so I just had to run away a lot, or whatever the case may be.

At the time, he didn’t have any regrets. Bell describes the street life as “fun” and “carefree,” at least for a while. “[I] did what I wanted to do, didn’t have to answer to nobody,” he says. “Then … it started gettin’ me in trouble, I started goin’ to jail and catchin’ cases and stuff.”

“The streets don’t get you nowhere. But, back then, it was fun.”

These days, Deon is father to a 6-year-old girl. He calls being a dad “wonderful.”

“It keeps you focused,” he says.

“She’s too young to judge you. She don’t care about your flaws and what the fuck you did or how imperfect you are … because what she sees is perfect. You know, so I watch everything I do around her,” Bell says. “I try to lead by example.”

He’s even apologized to his mom for what he put her through when he was younger.

Though Deon describes the job he works at a cleaning and assembly plant as just “a check,” he’s excited about the future, particularly being able to see how his daughter develops.