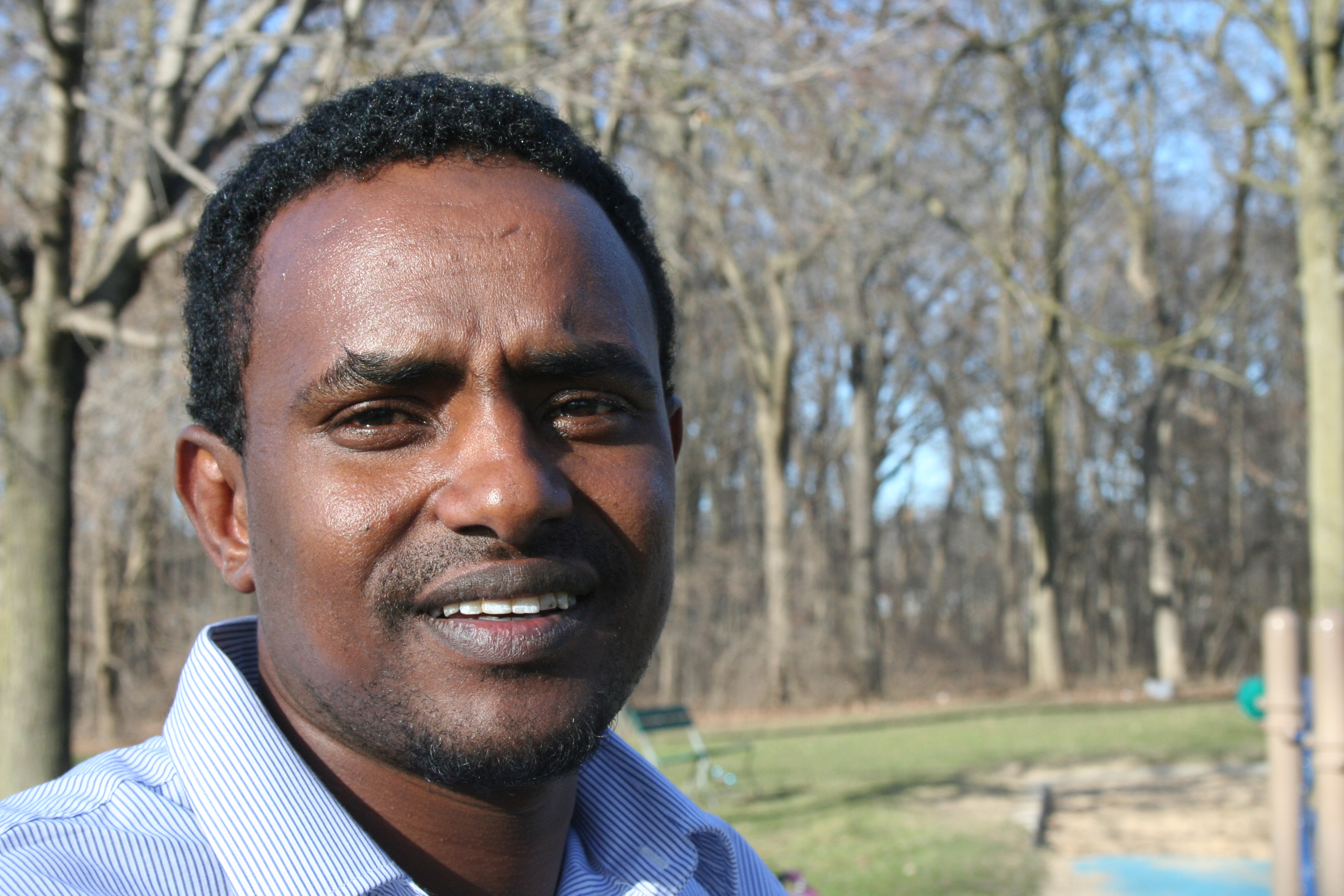 Mohamud Suleiman stands near a playground in Wilson Park on a warm spring afternoon. He points out his three children — two girls, 6 and 4, and, the youngest, a 2-year-old boy.

Suleiman was born in Somalia, which has been in political turmoil for much of the last 50 years.

“My mom and my father just live in [a] small farm [on] the north side of Somalia … We catch whatever we have, we use whatever we can,” he says. “They had a good life.”

Mohamud played a lot of soccer as a child, he says. When he was growing up, he wanted to be a doctor, but was never able to get the education necessary to achieve his dream. Suleiman went from Somalia to Libya to Tunisia looking for work and opportunity. Eventually, in 2012, he came to the United States where, he says, “no matter who you are, no matter what color you are, no matter which religion you have, it’s the same deal.”

At one point, he may have hoped to fulfill his own dreams but, these days, Mohamud is mostly focused on his children. He’s happy that he can provide them with the opportunity he never had.

“I kind of wasted my time,” Suleiman says.

The ultimate goal is for his children to be successful. He says it’s important to provide kids with the time to do the things that will help them become whole people — sleeping, playing and reading — and to teach them the skills — like cleaning and cooking — to allow them to be self-reliant later in life.

The oldest, Mohamud says, is good at math, and her teachers agree. He says the 4-year-old might make a good doctor and the youngest one is good at counting, or maybe management. He says he teaches them all “how they can help the people,” and not just themselves, by what it is they do.

Suleiman is a big believer in marriage. He’s been married for 10 years and says that everyone should experience what it’s like to rely on someone else, to share the hidden parts of yourself with another person.

“We have a policy,” he says. “We have a respect for each other.

He says marriage is “comforting” and that it’s made him a happier person. “Don’t worry about what you have, if you’re poor or rich … if you’ve got money or not. Money comes and goes.”

“Most important is respect, honesty, you know, don’t yell at each other without reason, give [your spouse] freedom … work together.”

At this point, Mohamud works for a company that provides transportation for medical patients. Looking forward, he has a couple different options and doesn’t know which is the right path. At least, his current focus on his children has allowed him time to reflect.

The 33-year-old says it’s too late to go to school for medicine or business, and muses about getting a four year degree. For now, he’s intent on learning the language in his newly adopted country, which he says is the key to understanding people.

He feels like a ship lost at sea, Suleiman says, but he has no doubt he is on his way.

“I don’t have, [at] this time, opportunity,” he says. “But I am awaiting the time I can make benefit. I don’t wanna go out of my street — I’m staying in my street, I’m fighting [in] my street, I’m finding the way I can resolve.”⬩