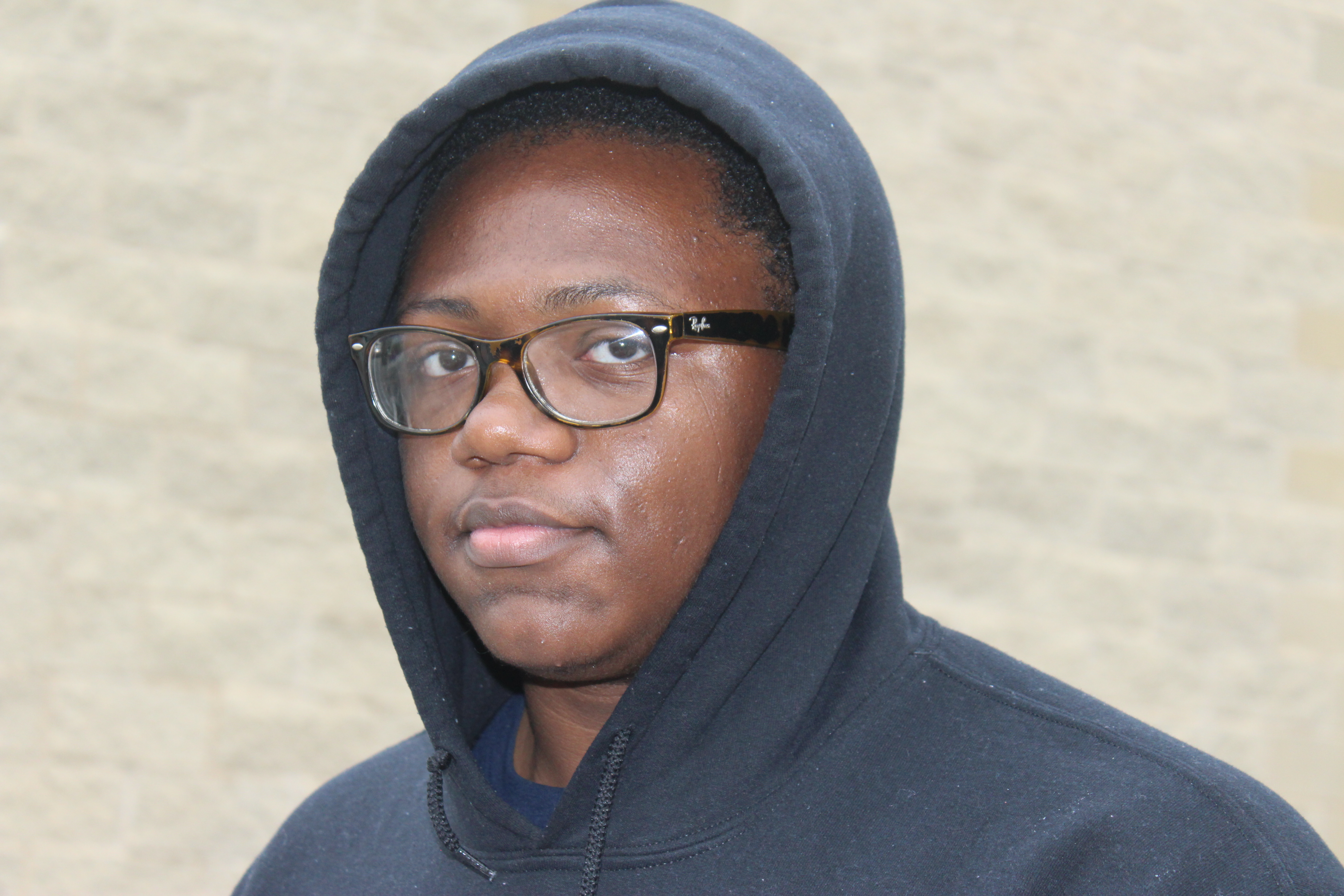 Novion Bailey balances on the back of a sepia colored, metal park bench in a small sitting area set within the sea of tan-bricked buildings that compose the Greentree & Teutonia Apartments. He laughs at his 3-year-old niece as she parades around him. The navy, turquoise and white hair beads that match her shirt — and, coincidentally, her uncle’s Nike tennis shoes — rattle with each step. She shows all her teeth in a smile and thrusts a stick high in the air, marching proudly as one might imagine a drum major would.

“Natalie is a character,” Novion chuckles. “This is the only time I get to enjoy the weekend with my niece and my family.”

Bailey spends his week at the Milwaukee Job Corps Center, where he’s finishing his high school degree and learning a trade. On weekends, he’s usually at his mother’s or with his sister (Natalie’s mom).

Novion grew up mostly in Milwaukee’s Uptown area, but moved around a lot as a child. He is the youngest of all of his siblings — three on his mother’s side and four brothers on his father’s. Bailey has barely seen his father in 16 years of life, and has only met one of those brothers.

“I don’t feel like I need him,” Novion says, of his father. “The people around me made me the man that I am today so that’s all I really care about.”

Bailey’s mother raised him, his brother and two sisters as a single parent. They didn’t have much money, which caused them to move around a lot. But money wasn’t all that was important.

“My mom is a great mother,” he says in a strong voice, eyes downcast. “She raised us up the right way.”

She was the one who instilled Bailey’s sense of moral values early on.

“Everyone shouldn’t be so cold-hearted and money hungry,” he says. “I know a lot of people here don’t have a lot of money and can’t make a lot of money … but if they had the mindset to go and make money instead of trying to take somebody else’s … it would be a better place.”

Being in Milwaukee for his entire life, Bailey says this city is all he knows. Whenever someone asks how he is doing he responds “I’m good just staying out of trouble.” Trouble, he says, is rampant here, and takes some effort to avoid.

Instead of simply dwelling on the negativity he witnesses, Novion has set positive goals that he is determined to accomplish.

“In a good year, I see myself in college taking up engineering, math, science and poetic classes,” he beams. “Hopefully I will become an artist, like Kendrick Lamar. I really look up to him.”

Novion pauses to accept a pink-petaled flower Natalie picked from a nearby tree. She reminds him to hold on to it tight so the winds, which just started to pick up speed, don’t take it away. Clouds, darkened with the promise of rain, slowly roll overhead as Novion pulls up his hood.

“It might sound farfetched … but I [want to go] to Yale, Harvard, maybe Duke University,” he says confidently. “I might not be able to reach that goal but that’s something I look forward to.”

Bailey says he never had the luxury of someone to challenge him, or help him find his way.

Novion stands up as small raindrops begin to fall. A smile wrinkles his nose, pushing up the tortoise-shell eyeglasses he wears. He calls for Natalie and, though she pleads for a few more minutes of fun, she eventually follows.