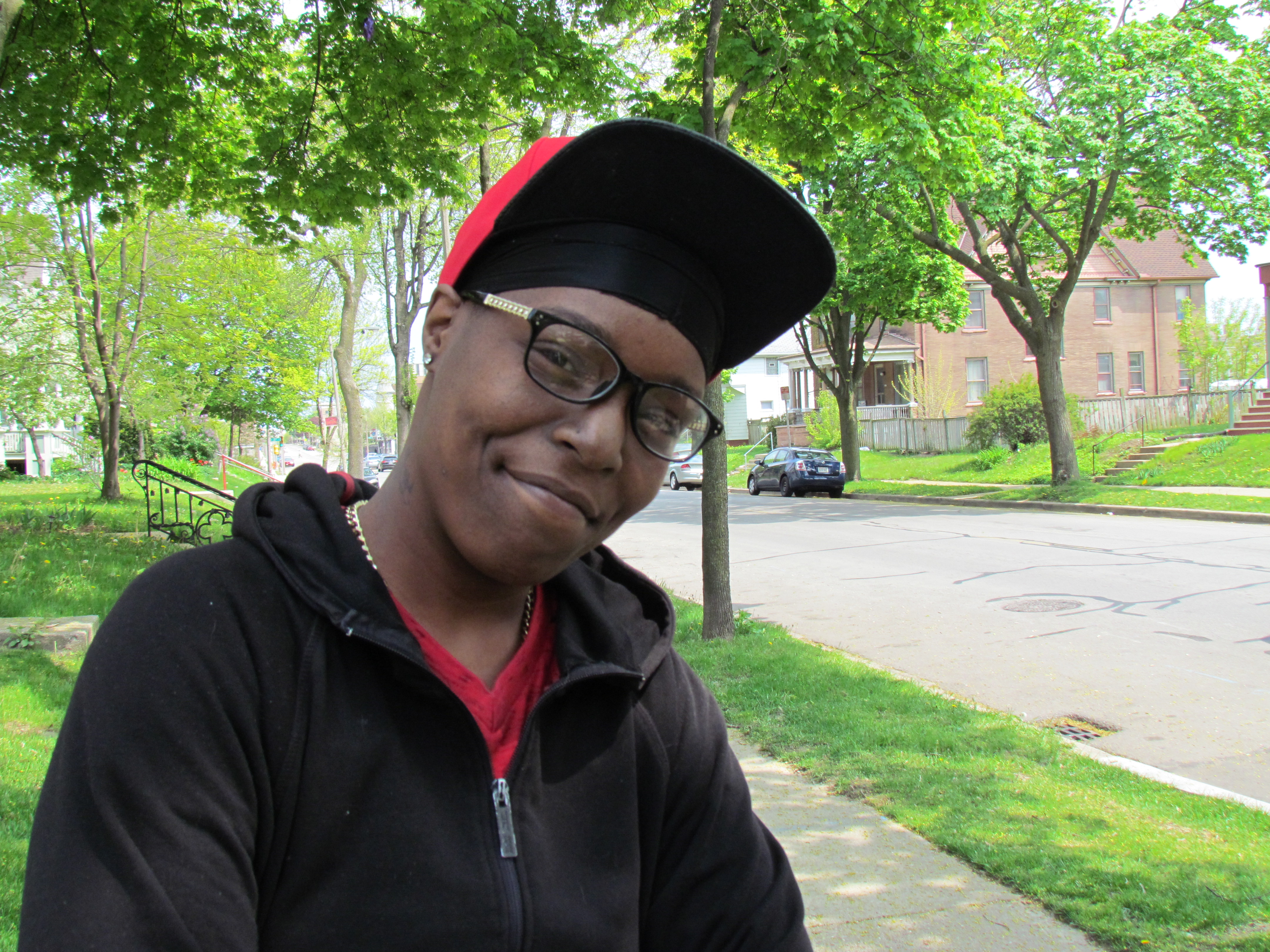 Denise D. Malone lingers in front of her current home on West 27th Street on a bright, sunny day as her dog, Smokey, runs up and down the yard. She sports a black du-rag, eyeglasses, a flat-brimmed hat and infectious smile. But, for Malone, who grew up in the Chicago projects, a story of pain, and triumph, lies just beneath the surface.

“My family, [the] Malones originated down here, so I had to come back,” she says. “I don’t know what I feel about Milwaukee, but I feel like it’s home.”

Denise grew up in Cabrini-Green, the infamous Near North Side Chicago housing project well-known for its deplorable living conditions and constant violence. She describes her experience as “stress, struggle, sadness, pain, a lot ‘a horrific stories to be told,” such as that of ‘Girl X,’ who Malone knew. In 1997, the 9-year-old was brutalized, poisoned and left for dead. She survived but was blinded and sustained brain damage as a result.

“There’s a lot of violence, people dyin’ every day, people gettin’ raped, kids gettin’ abandoned, abused, neglected,” says Denise of her childhood environment. “It was so much — so much chaos.”

“It’s a lot ‘a … evil, a lot ‘a bitterness,” she adds. “Everybody’s just so caught up in they own surroundings they don’t care what’s goin’ on around them. Like, they so caught up in they-self and they just forget about everybody else. They selfish [and] they think they better than people when they’re not. It was just a lot. I mean, I just—I had to get out ‘a that situation.”

When she was about 11, Malone and her younger brother were left at a homeless shelter by their mother. She ended up in a group home, bouncing from school to school; he ended up in the foster system and, eventually, on the street. Five years later, her mother’s parental rights were terminated and, at 19, she ran away from the system, landing in Milwaukee.

The experience, ultimately, had an effect on how Denise, now 32, viewed herself.

“When I came to Milwaukee it was like a [weight lifted] off my shoulders. It was like a fresh breath of air.”

Because they grew up separately, Malone says her relationship with her brother has been defined by distance — first physical, and now emotional. She says it’s been hard to reach him, even though he’s in Milwaukee now, as well.

“I’m in the process of rekindling our relationship, but — I’m not gon’ lie — it’s hard … because he don’t wanna let it go.”

Denise, who has been in counseling most of her life, says her therapist helped her work through the issues that had piled up over the years.

“I was able to talk to her; I was able to tell her secrets that I ain’t never told nobody, without lookin’ at her and sayin’, ‘Ey, you judgin’ me for who I am?’ because she didn’t once give me that vibe — she didn’t give me none ‘a that. She gave me good feedback; she kept it one hundred — she kept it real.”

Now, Malone is in the process of moving, again, from her current home, while attempting to find employment in the music industry. “I love to write music,” she says. “I love music — music is my soul.”

And, though nothing is for certain, Denise has big hopes for the future.

“Honestly, from this day on, I think I’m gonna change the world.”⬩