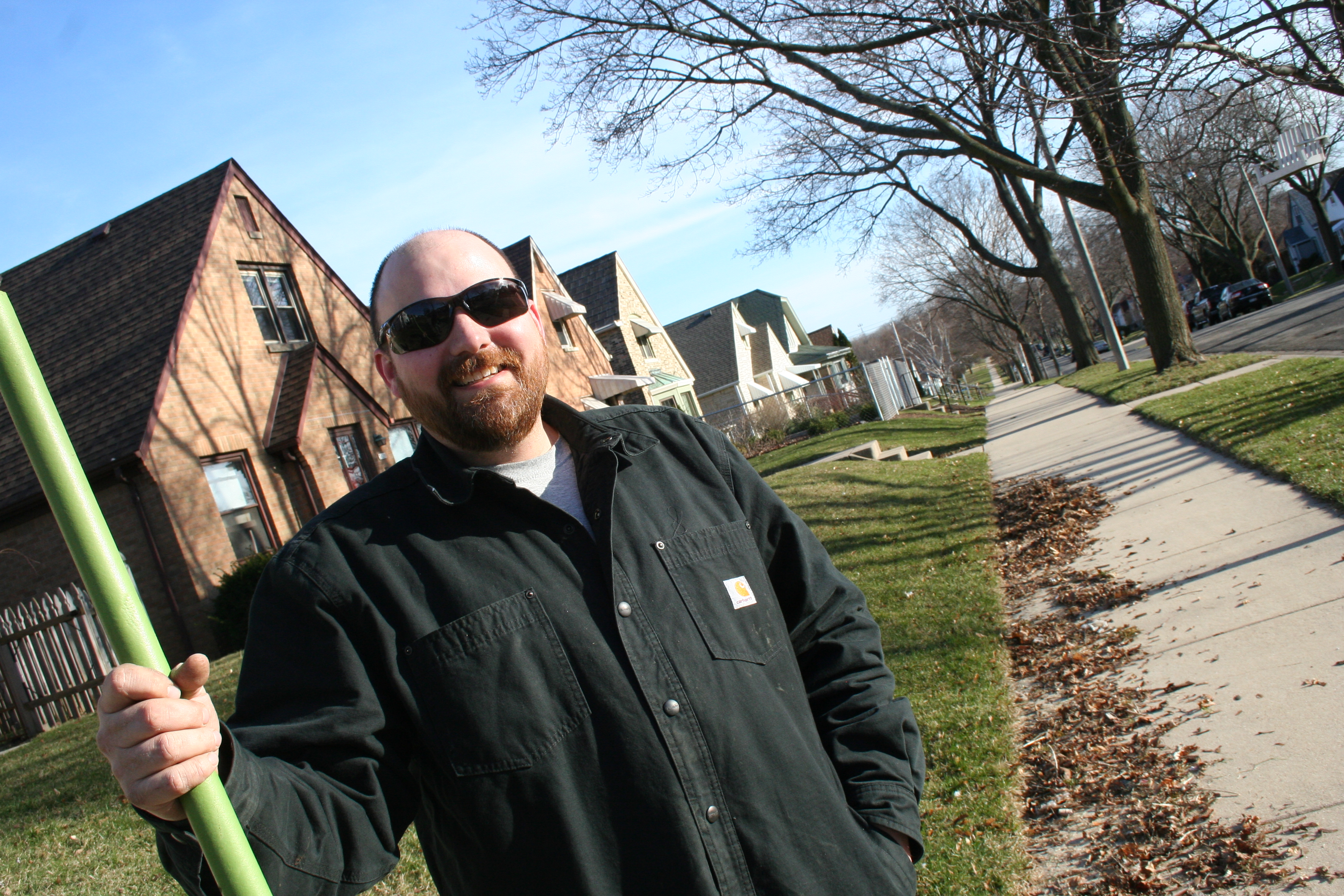 Matt Pizur diligently clears his yard of the last post-winter leaves on an unseasonably warm spring afternoon. As he stops for a break, Pizur leans on his rake, looking out past dark sunglasses.

“I’ve learned that moderation is more than just a virtue — it’s something that you should seriously practice. You know, he always said, ‘Anything’s okay in moderation,’ but then he didn’t practice moderation himself,” Pizur says, referring to his late father.

Matt, who grew up on 9th and Euclid, not far from where he lives now, remembers walking to school, playing with other kids in the neighborhood and and skateboarding. “That’s what everybody in the neighborhood was doin’ at the time,” he says. “It was, you know, the mid-80s … you tight-rolled your jeans and you tried to grow your hair like Tony Hawk.”

The youngest of two, Pizur says he and his sister, who was four years older, would argue often, though theirs wasn’t any more confrontational than other sibling relationship.

But it was Matt’s relationship with his father that would have the biggest impact.

“One of his favorite lines was: ‘Do as I say, not as I do,’” he says, adding, “There was a time in my early 20s where I did as he did and kinda lived the rockstar lifestyle, partied hard … But, then, I got out of it; I grew up.”

While things worked out for Pizur, his father continued to get worse. “He kinda decided to stop caring, which is why he passed away,” Matt says. “You know, he was supposed to be doing dialysis and he wasn’t. He just kinda gave up, so I decided to sever ties.

“I stopped talking to him about three years before he passed.”

The course of Matt’s life took a turn for the better after some introspection and a dash of external inspiration.

“I’d been arrested twice for drug possession and decided that I didn’t want to be a career criminal, and a repeat offender, and in and outta jail all my life. So, that and, you know, I got back together with a high school girlfriend and, uh, she kinda really straightened me out. And, now, she’s my wife.”

“She was brought up more straitlaced than I was — her parents were kind of the opposite of my dad. And, you know, I mean, she hung out with me and she went to parties with me, and stuff, and she tolerated my behavior for a little while. And, then, eventually, she’s like … ‘Let’s not be like this anymore.’ And I think it kinda hit home.”

He says the decision was a mutual one, and one that wasn’t difficult. In fact, says Pizur, they’ve always “been inside of each other’s heads” to a certain extent.

At this point, they’ve been married for 13 years and have two children of their own. He says the secret has been “Just understanding that, you know … life is strange; life is hard. And, you know, it’s gonna be tough sometimes.”

“The most important thing is that we always have had each other.”

And, Matt says he loves “the whole package” of being a dad. “I mean, you know, just the unconditional love that you feel for them, and that they feel for you,” he says.

These days, he’s good friends with his sister — they talk “all the time” he says. His mother lives about a ten minute drive away and comes by twice a week to spend time with the kids. It’s a here-and-now that isn’t half bad. As far as the future, and what he’s looking forward to, though, the jury’s still out.