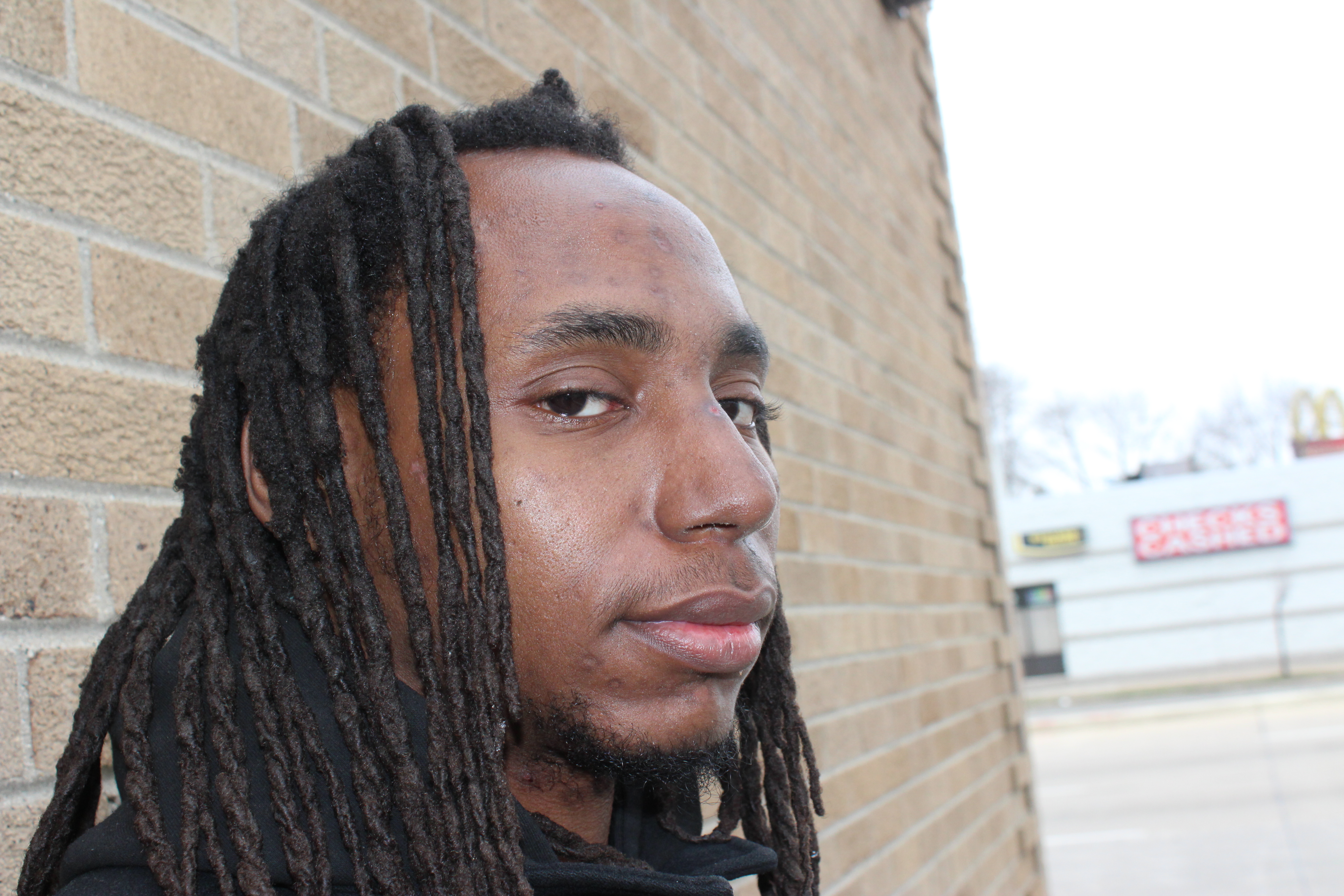 Gavin Groce holds a clear, medium-sized bag packed with a one liter bottle of apple juice, documents printed on colorful paper and individually-wrapped snacks as he stands outside of the tan-bricked Capitol Library on North 74th Street. He periodically pulls out a small cell phone with his free hand, keeping his head bowed and eyes glued to the screen as he talks.

“I was just released yesterday at 8 o’clock at night so I am just kind of taking the day to reflect and try to cope with the situation and understand the next moves I have to take in order to make the best of the situation I am facing now,” Groce says. “I am facing homelessness. I am facing lack of love. I don’t have a good support system.”

He was born in Milwaukee and grew up on the city’s north side, around 33rd and Cherry, with his multiple siblings — five on his mother’s side and six on his dad’s. His father was killed in a car accident when he was about a year old and he witnessed his mother struggle with addictions, from alcohol to crack cocaine.

“[She] couldn’t always handle her responsibilities properly,” Gavin says. “So me being the eldest at the time, which I was nothing more than 7 or 8 years old, I had to pick up some slack as far as feeding my brothers and sisters and making sure we got to school safely and things of that sort so we wouldn’t be taken and split up.”

He succeeded in keeping himself and his siblings out of the foster care system but eventually succumbed to drugs and alcohol as a way to escape reality.

A week after his 17th birthday, Groce dropped out of Madison High School and joined a gang.

At 23, Groce received the maximum penalty of four-and-a-half months for a charge of disorderly conduct after a dispute due to misplaced loyalty.

“I had befriended someone and the whole time we were supposed to be friends; behind my back he [was] screwing with my girlfriend,” he says. “I took it … to heart when he betrayed me because he looked me in my eyes the day I confronted him and put his hand out to shake my hand as if nothing ever happened.”

Later, Gavin ended up back behind bars on a more serious charge, but no help would come.

“I was looking for love and loyalty in a place where there wasn’t any and I was only being used,” he says. “When those cell doors closed, even with a phone call I paid for, no one would answer and it made me realize you can’t always create a family.”

Looking back, Groce sees his incarceration as a learning experience.

“I believe everyone should spend at least one month incarcerated,” he says, continuing after a brief pause, “I know it is a bit much but at least a week incarcerated, just to understand what it’s like to have your freedoms taken away from you and [to realize] the small things we take for granted.”

Now, at age 27, Groce is focused on bettering himself. He says he’s ready to start training his mind again and is attempting to attain his GED. Gavin hopes to help the families in his community through a career in social work or public service.

“My dream is to just be a blessing to as many people as I can,” he says. “I don’t want to see anyone else suffer the same struggles or tragedies that I’ve been through, and if I can help prevent that I will.”

Though his family could be closer, Gavin has largely been able to repair his relationship with his mother. He proudly mentions her sobriety of 15 years, that she has a master’s degree, practices psychiatry and is a drug counselor.

Gavin says he wants to start a family of his own down the line, and hopes to provide his children with a strong foundation, one that was better than his.

“One thing I don’t want to do is be a bad father,” he says. “When it comes to dreams, ultimately, I think that’s my dream. Most people want to be a superstar or an athlete. I want to be a father.”⬩