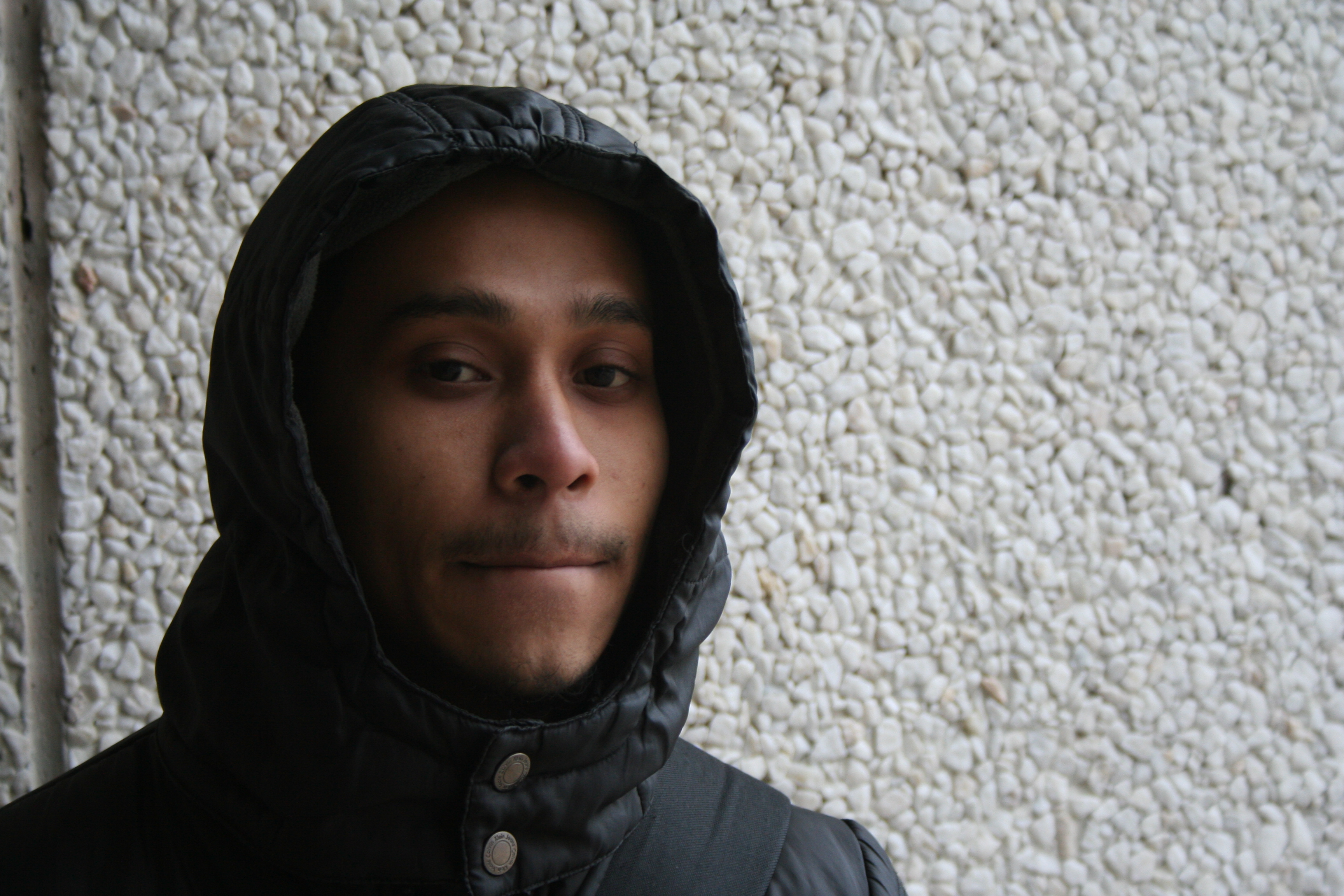 Mostafa Saifula stands silently in a receded corner behind the Kosciuszko Park Community Center. He stares out over the quiet, frozen pond where, despite the harsh weather, geese still congregate, unable to access the water hidden by a thin barrier of ice.

“I’m not excited about anything, you know, because my life [is] destroyed at this point,” says Saifula with sunken eyes and a sullen voice. “I’ll tell you the truth, man. I just don’t wanna live anymore … The more I live is just the more pain I get.”

Mostafa spent his early teenage years in Jacksonville, Florida, but came to Milwaukee about six years ago. His father had business with a friend so they relocated.

Now 20, Saifula doesn’t have anything against his current city, but it certainly hasn’t been easy.

Throughout high school he struggled with stomach ulcers. “I couldn’t sleep for like a year. Something happened and I went in the hospital. That’s when things [got] messed up, you know? I couldn’t focus, I couldn’t concentrate,” he says. “It was just a burden.”

Sometimes, he says, he would leave school and walk home — about 60 blocks away — after only a few hours because the pain was so intense.

“And, then, some days I didn’t go to school because I couldn’t make it, or I couldn’t face my reality,” Mostafa says.

The long strings of absences, some unexcused, caused trouble for him. He would often write his own excuses for the previous day; sometimes he received tickets for truancy. Then, eventually, he tried to drop out. But, he couldn’t. He wasn’t 18, and would have needed his parents’ permission.

He describes his father as a businessman and a teacher. His mother has struggled with mental illness — schizophrenia — since he was 10 or 11. He says it’s been hard for him to watch.

“Since I was a child, my mom used to be a woman that [would] go to work. You know, she stayed with her family and, pretty much, um, she makes money for the family,” Saifula says. “After she got into schizophrenia, she started havin’ problems around the house for like five years. That’s when it’s hard, when I realize, you know, my mother couldn’t be able to go to work and make money and stuff like that. You know, she don’t go out by herself anymore. So, my dad had to do, I mean, pretty much everything, you know?”

Mostafa started self-medicating, mostly with marijuana. He says he smoked cigarettes sometimes, “but that’s pretty much it.”

His father hasn’t forgotten the things that have come between them over the years, which leads to arguments, he says. He found out about the drugs, too. One night a disagreement between the two escalated and the police were called. Mostafa spent a couple nights in jail, the result of a battery charge. When he got out, he didn’t go back.

“It was the saddest part of my life, because, at the time, it was cold, I didn’t have a job and I had a bad health condition,” Saifula says, referring to the ulcers. He says weed allowed him to sleep and gave him an appetite; it was a matter of “just maintaining myself” through the depression.

He stayed with his sister for a bit; later he moved in with one of his dad’s friends. Now, he lives with a roommate and pays $50 a month for rent.

“Most of the time, I usually be depressed because I didn’t have a job, I didn’t have money and I was at the house and my dad didn’t help me, you know?”

Mostafa has held down jobs in the past and comes from a proud line of hardworking men. It’s that pride in their legacy and example that’s kept him going, and made him want to do better. Still, it’s not going to be easy.

“I was thinkin’ today, like, I might have to stay out on the street,” he says. “I’m a hardworkin’ person, and I ain’t got no work this week.”

He recalls Jacksonville, what it was like — not too cold, only a tiny bit of snow here and there. Mostly, he says, they would go to the beach.

“I used to live with a family, you know. It’s comfortable,” says Mostafa. “That’s the people that you grew up with — you know, you have love, and affection, and care, and everything they’ve done for you. At the end of the day, when my dad kicked me outta my house, I was like, ‘Man.’ I was on my own, you know?

“I’m a child that just grew up and [is trying] to make it in Milwaukee.”⬩