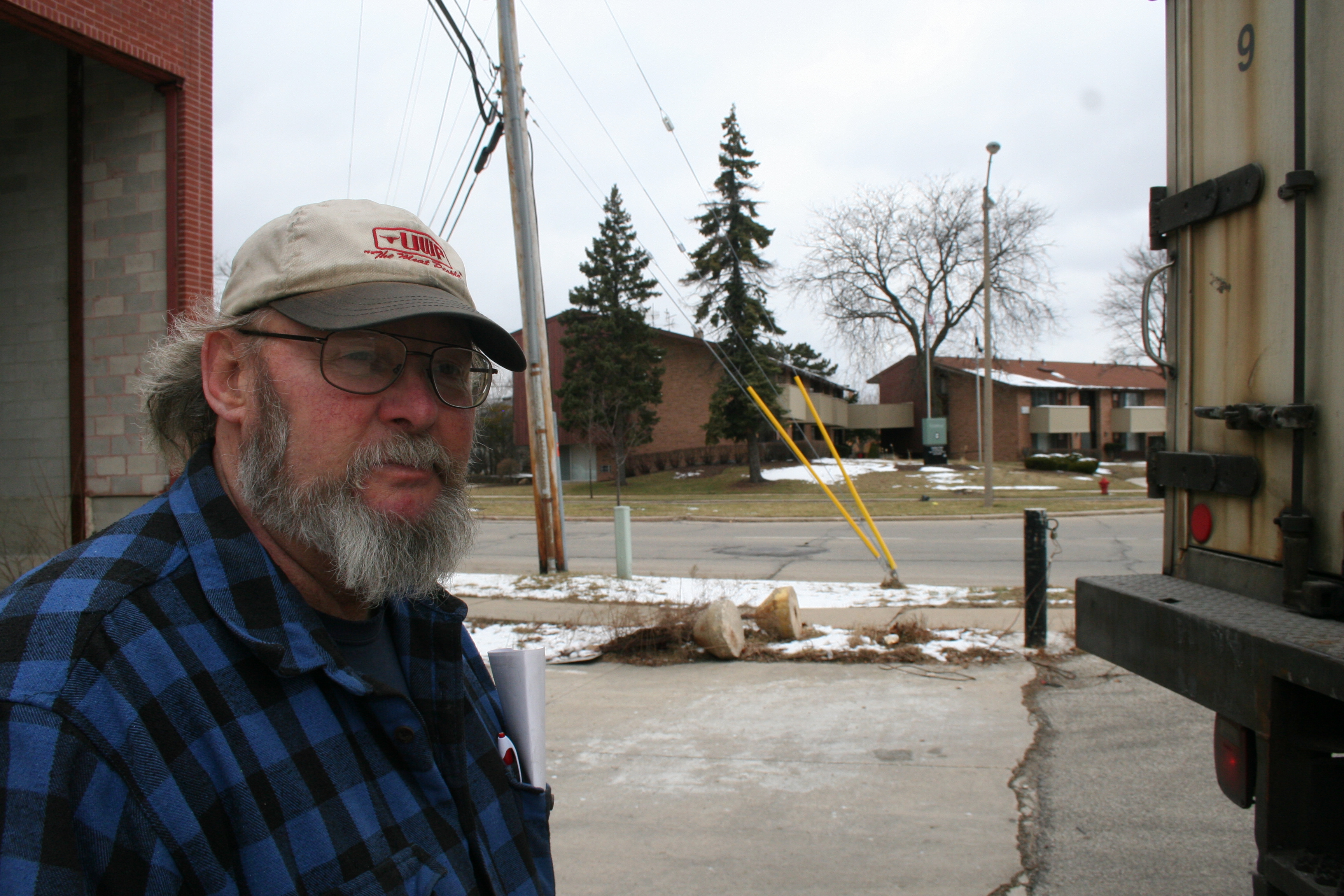 Phil Sorg closes up the back of his cargo truck after a stop at Pacific Foods near 84th and Grantosa. Sorg, with his trucker’s hat, grey beard and plaid flannel shirt, is far from home in the big city.

“I feel at home in nature,” he says. “I don’t think you need to go to church to appreciate god — go out in the woods.”

Phil grew up on a farm about two miles from where he lives now, in a small unincorporated town near Sauk City, Wisconsin. His childhood consisted of extracting pickled corn plant — or, silage — for the cows to eat, among other unsavory tasks. “You did it because dad told you to do it,” he says. Though it wasn’t always fun, that upbringing taught him a valuable lesson.

But his father, Sorg says, wasn’t a farmer. He calls him a “businessman” instead. “He didn’t farm the land, there, as much as he did his kids.”

Phil graduated from college with a degree in agriculture, which he used for 20 years. Eventually, though, time — and the misleadings of his father — caught up with him.

“I wore out the line of machinery I had and I refused to spent three quarters of a million dollars to replace [it],” Sorg says. “And, after thinking I bought the farm, got told I did not.”

There were some similarities between Phil’s upbringing and that of his children. There were still unpleasant jobs to be done. But there was time for fun, too.

Now grown, one of his daughters is a nurse, another works in their community, a third moved far up north and his son works for a plastic factory in Baraboo. More importantly, the 60-year-old’s 40-year marriage is still going.

“She’s my best friend,” he says, adding, “I’ve got an incurable disease — passed it on to all of my grandkids. Smartass disease.

“She said she enjoyed my humor for the first 35 years, and then she has to remind me we’ve been married 40. So, apparently, it gets old,” he jokes.

Animals of all kinds can be seen right from his kitchen table, says Sorg, a fact he heartily enjoys. And, despite the ups and downs, Phil says he’s happy; at this point, he lives for the time he gets to spend spoiling his grandchildren and exposing them to the outdoors.

“I don’t know how much time I’ve got left on this earth, but I’m looking forward to warm weather so I can get the boat out and take the grandkids fishin’,” he says.

The only thing he hopes to pass on to his offspring is what he’s learned over the years.