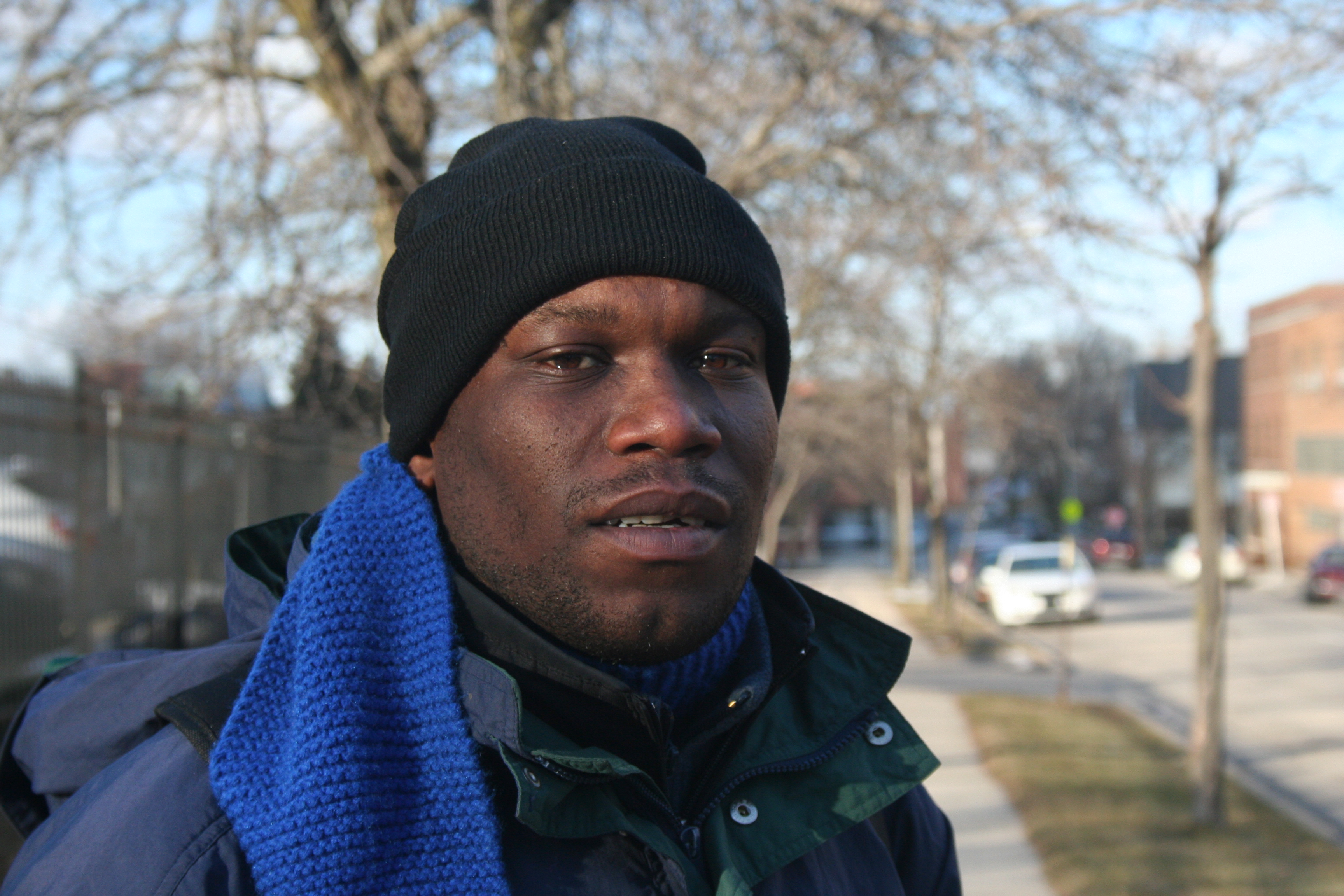 Jimmy Johnson hurries down West Kilbourn Avenue — he’s on his way to the library and stops to ask for a dollar or two so he can get on the bus. Temperatures are in the negatives, with a biting wind, despite clear and sunny skies.

Jimmy isn’t originally from Milwaukee. He says he grew up in Memphis, Tennessee. When he was about 9 years old, his family came here because “they said it was too rough down there.”

But Johnson misses The South, where he still has family. “It was better than this. You know, dirt roads and stuff like that.”

Jimmy says shootings and other occurrences of that nature were the norm growing up near 38th and Garfield on the city’s North Side. Even so, he says his mom and dad were good parents.

“You know, they always took care [of us], [we] always were fed and stuff like that. I wasn’t never a bum on the streets,” says Johnson. “They loved me well.”

Once in Milwaukee, Jimmy attended Sholes Middle School and, later, Washington High School. But he fell in with the wrong crowd and didn’t end up graduating.

He recalls the case of Charlie Young, a 36-year-old man who was brutally beaten to death by a mob of 10- to 18-year-olds in 2002. After the beating, which was described as “chilling” by an assistant district attorney, many of the boys expressed regret, seeming to not have understood the effect of their actions.

“They beat that man up, man. He wasn’t doin’ nothing to nobody,” Jimmy says. “Yeah, man, like stuff like that, though — that’s what I used to do.”

Johnson says he had to separate himself from the people in his life who weren’t helping him to make good decisions. “Now, I got my own circle,” he says. “I guess I’m doin’ right — I ain’t dead or in jail.”

His mother passed away seven or eight years ago, Johnson says. Though he remembers the date, he won’t say much more. “It’s been a long time,” says Jimmy. “I’m still strong though. I still gotta do what I gotta do.”

These days, Jimmy has a “nice job” working at Goodwill. He says he still makes bad decisions sometimes but he’s learned a lot, too.

“I learned that life’s hard. I can’t do them things no more,” Jimmy says. “But god’s the only one that sees everything, so I leave it up to him.”⬩