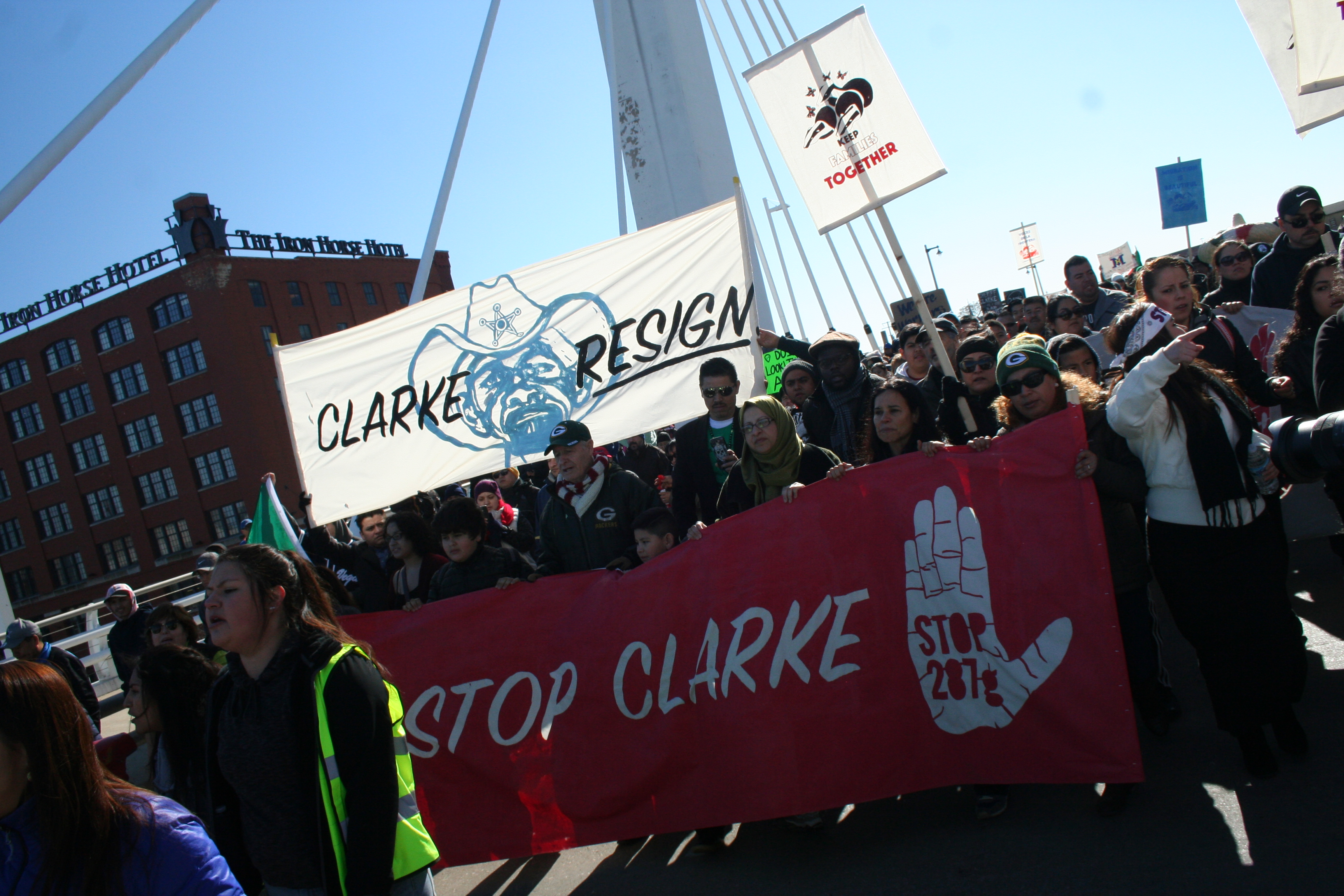 Tens of thousands of Latinos, immigrants, refugees and supporters marched through Milwaukee Monday to protest two anti-immigrant executive orders recently signed by President Donald Trump. Undocumented workers, green card holders and immigrant rights advocates worry those orders — one that bans immigrants and refugees from entering the U.S. and another that would allow local law enforcement officers to act as immigration agents — will criminalize non-citizens living in the country.

Milwaukee County Sheriff David A. Clarke signaled, at the end of January, that he would seek to have his staff trained under the 287(g) program and “assign as many deputies to this initiative as I can.” The program, which has been widely discredited, would give local law enforcement officers broad powers to “interrogate any alien or person believed to be an alien as to his right to be or to remain in the United States” and issue search or arrest warrants based on an individual’s suspected immigration status. Opponents have said implementing the program will lead to racial and religious profiling, and would erode trust between residents and law enforcement.

In response to these actions, about 50,000 people — families, students and elders — turned out with signs protesting Trump, Clarke and the 287(g) program. Other signs included slogans such as “Build bridges, not walls” and “The will to succeed is always welcome here.”

The march was part of a larger boycott and day of action — Dia sin Latinos, Inmigrantes y Refugiados (Day without Latinos, Immigrants and Refugees) — organized by Voces de la Frontera, a local immigrant rights advocacy organization. Those participating were encouraged to keep their kids home from school, not go to work and refrain from making purchases in a proactive demonstration of opposition to these measures. The action drew participants from across the state and received national media attention; more than 120 Latino businesses in Milwaukee closed for the day.

The crowd, which included a number of American and Mexican flags, marched from 5th Street, on the near South Side, over the 6th Street Bridge and into downtown chanting “Si, se puede!” and “Que tenemos? Justicia! Quando? Ahora!”⬩