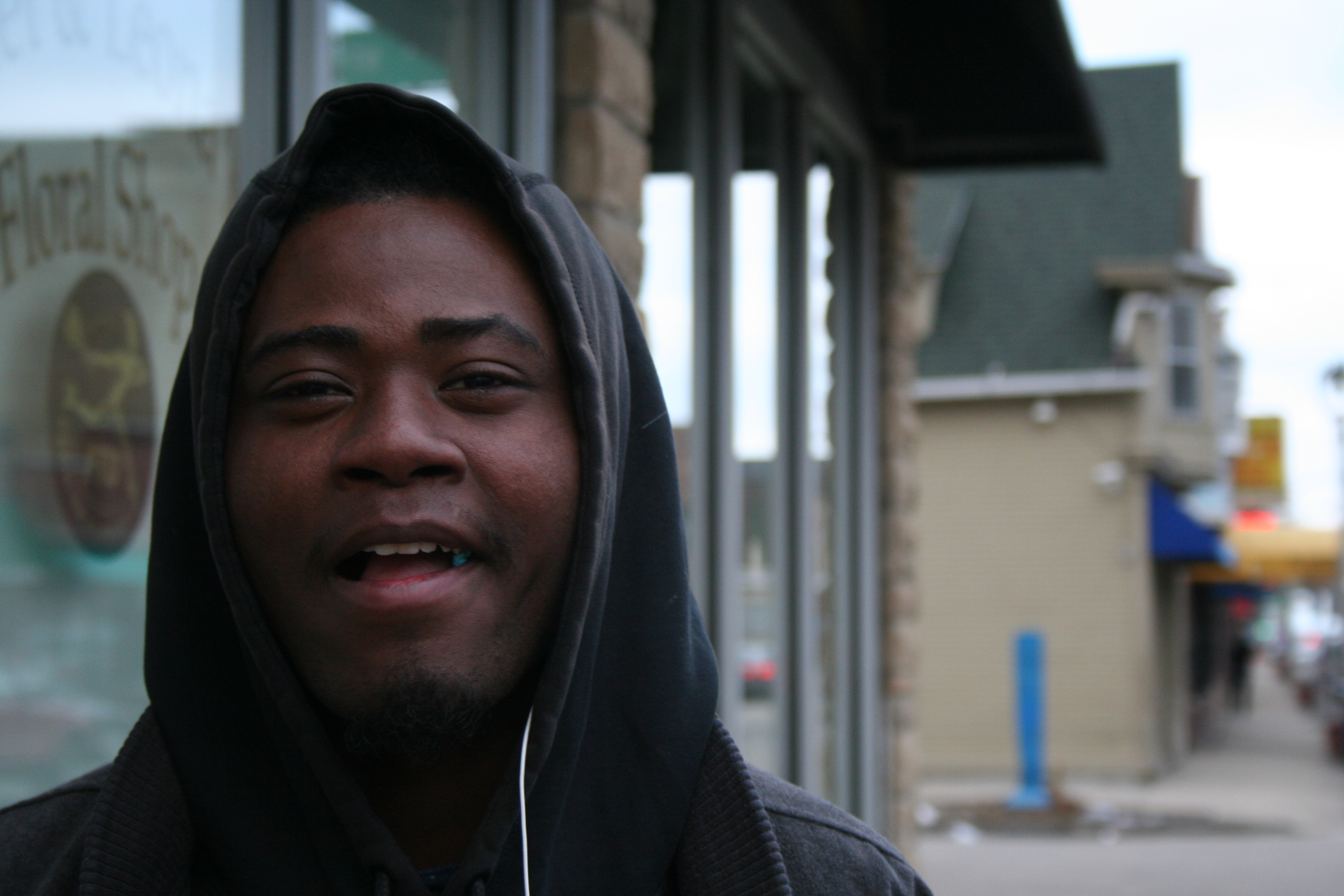 Kenneth Walton walks down West Lincoln Avenue on Milwaukee’s near west side. He’s on his way to InStaff, a recruiting and staffing agency located nearby.

“It’s been like five months,” Kenneth says of how long he’s been without a job, adding he’ll take “anything that can keep me busy — you know, stayin’ outta trouble.”

Walton was raised on the North Side, the youngest of nine siblings. He says his childhood was “alright.”

When it came to school, Kenneth says he did what he had to. But what he remembers most is what he refers to as a “disagreement” with a family that used to be close to his, which resulted in a parting of ways.

Kenneth says his parents were strict. His mother, a longtime nurse, and father, who works at hotels, have both brought in paychecks for the last seven or eight years, but that wasn’t always the case. Walton, himself, started working when he was in high school.

He’s had jobs at the State Fair, as a grocery bagger and more. Walton, who has a 2-year-old daughter, doesn’t know what he wants to do but says he’d be grateful for a cleaning job or manufacturing work — he just wants to be able to do more for her.

Though the community of people at work is what’s most important to him, Kenneth says he’ll take any job that pays well. The worst part is the waiting.