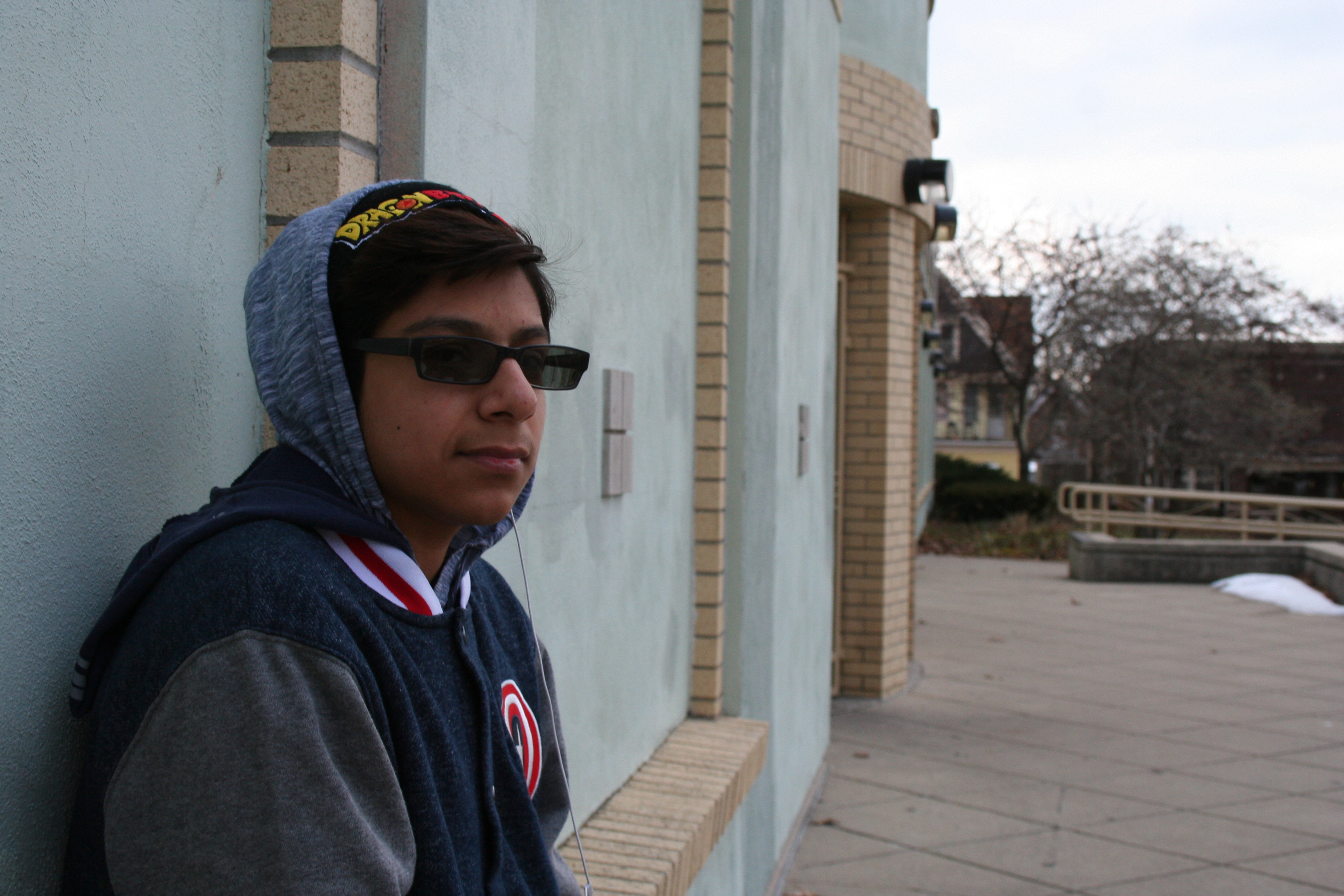 Ari sits quietly, headphones in, outside the Kosciuszko Park pool house on a biting December afternoon. The 17-year-old was born in Chicago, he says, but came to Milwaukee when he was still an infant. He describes his childhood growing up in the area as “quiet.”

“It was mostly quiet, for me; not a lot ‘a trouble here, even though I hear about it a lot,” he says, referring to the local news. “I, myself, [have] never actually seen it.”

He’s the oldest of two, with a sister who’s four years younger. “It gives you a sense of responsibility, seeing how she, sometimes, ends up looking up to me,” says Ari. “So, I have to be careful with what I do, and how I act.”

Though Ari says “school itself isn’t hard,” it’s been the greatest challenge he’s had to face thus far. “Just, over the years, having to constantly not fail, I guess, and, like, not disappoint my parents, or myself, too. It’s not something I can just pass off.”

It’s a subject he talks about with his parents almost daily. They ask often and, unlike some teenagers, he has no reservations about sharing. Ari says he’s looking forward to graduating high school and either going to college or entering the workforce to help his family.

If he were to get a job after graduation, Ari doesn’t know what he’d want to do and admits, “I’d probably be moving around here and there.” Though the process of applying to college is daunting, and Ari’s not sure whether he wants to attend, he already knows what he would study.

“If I do I’d be looking into a computer and technology [degree],” he says nonchalantly.

Ari uses computers for everything, whether it’s for work or play. He says it’s interesting because of all the different things that can be done, even within a single piece of software. “Just the concept [of] how you could do so many things on it, but it can drastically change from being a simple concept to a really advanced, complicated thing,” he says.

Ari came to the park to be by himself for a while, despite the below-freezing temperatures. Since it’s winter break, staying in the house can become a bit monotonous, he says.

“I like going outside a lot. Most people don’t like the cold, but me growing up here, especially next to this pond, I have gotten used to the cold, or I don’t get as cold as easily as others. So, I like to come outside when I can. Yeah, I just like to do that to—-I guess, as a stress reliever.”

“I just like to walk around here for a bit,” he says.

It’s about the exploration, Ari says, adding that he tries not to think about much more than what he’s doing at the time.

“Unless it’s something important like family business … then it does wander in[to] my head. But, besides that, I’m usually focused on the task at hand.”

For that very reason, Ari can’t bring himself to contemplate his post-graduation plans too seriously just yet. That decision will have to wait. But he does know one thing.

“I wanna eventually start a family, just like my dad. I don’t wanna be doing whatever reckless things that I can find to do. I do want to have fun, once I’m away from my parents, but I don’t wanna hurt myself either,” he says, adding that family is very important to him.

“I’ve come to realize, no matter what you do, they’re always gonna be there.”⬩