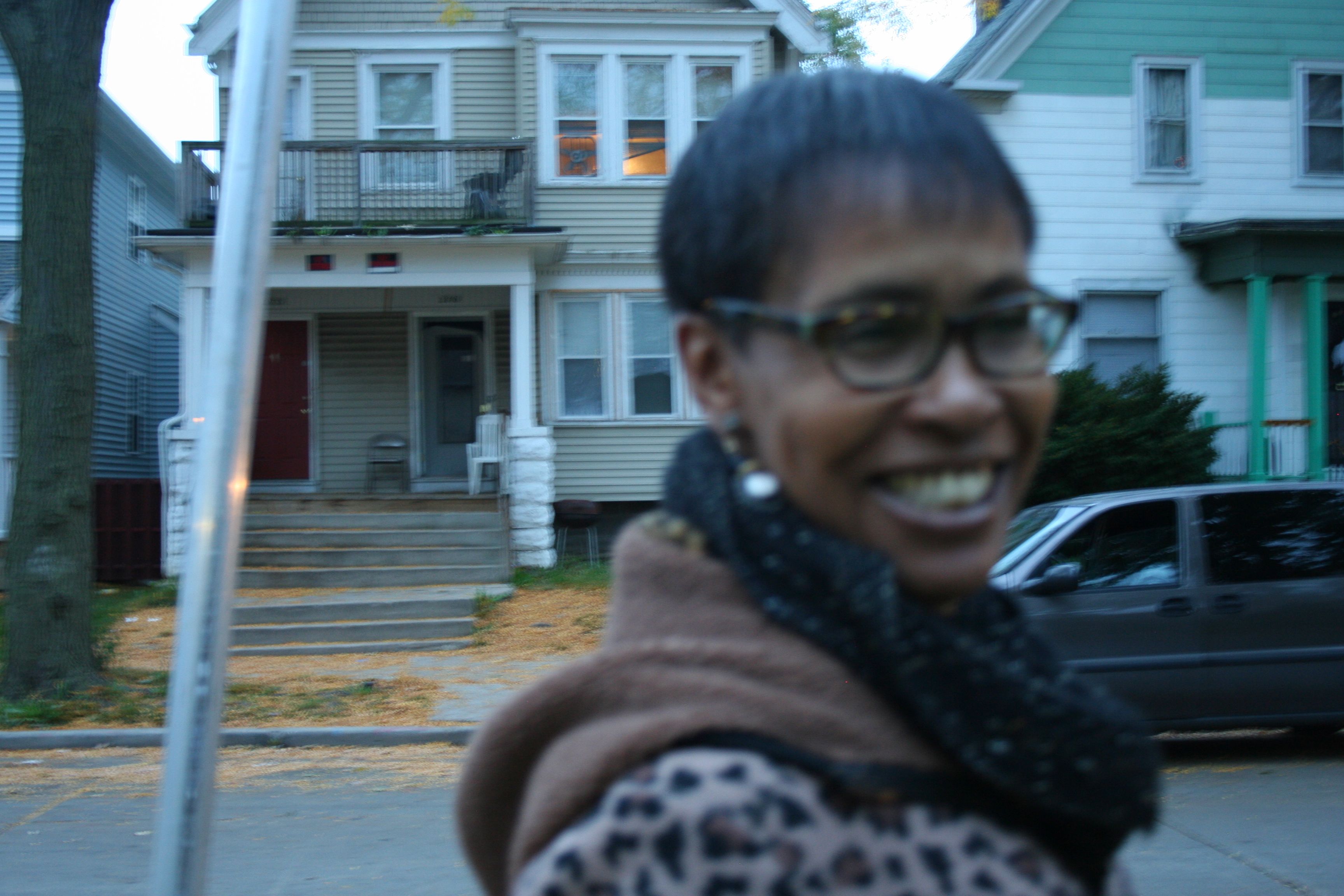 “My childhood was great,” she says. “Bein’ a military brat, it was great. Until I got older, and then my parents got divorced when I was young. Now, they’re both deceased.

“But, my mom, bein’ a single mom, did not stop us from seeing our dad. So, every chance we got, we spent the summer … everywhere he was stationed.”

Carolyn was born in New Mexico, in 1962. They moved around a lot, and she loved it.

“It was great,” says Bradford. “I had something to brag about.”

But, eventually, Carolyn’s parents would split up, which was hard on her. No one actually told her what had happened — as a child, that knowledge was kept from her.

“I didn’t know,” she says, of their divorce. “And I was just hoping that they got back together … that didn’t work. So my mom, she relocated from Alabama.”

Her mother ended up remarrying, and the family moved to the east coast — to Washington D.C. That didn’t last forever, either. “It was fantastic. And, then, they got divorced,” says Bradford.

The pain of those family rifts have stayed with her through the years. “I had a great life. I wouldn’t change it for the world, but I just wish my parents had got back together, you know?” she says. “But it just wasn’t gonna work.”

After Carolyn’s brother graduated from high school in Alabama he came to Milwaukee on a scholarship. She ended up following him.

It hasn’t always been easy for Bradford, who has four children. “I had it rough bein’ a mom — I couldn’t handle it,” she says. “I needed help.”

Carolyn won’t go into detail, but says, “I thought I was gonna be strong like my mom, but I was strong for doin’ what I had to do,” she says. “I thought I did something wrong … I took that hard. And, then, come to find out, I didn’t do nothin wrong — I kept them all together.”

Bradford says she was “out here in the streets” at one point but, these days, has a “good man,” who she’s been with for some time.

She adds, “I’m happy, and I have somebody in my life.”

Now in her 50s, Bradford is a caregiver. Carolyn, whose mother was in the medical field, says she enjoys helping people — it’s something she always wanted to do, even at a young age.

Within the last couple years, though, Bradford has gotten some phone calls she would rather not have received. “After we cremated my mom … Next thing I know my dad’s gone; I’m gettin’ phone calls from my cousins that my daddy’s gone. And I couldn’t do nothing.”

She called the deaths, which were only two or three months apart “devastating.”

Still, Carolyn continues to push on. She hopes to open a business soon, something involving clothing and accessories, again following in her mother’s footsteps. And, though she’s focused on moving forward, one of the things she wants to do is rediscover her past. She has a desire to return to Alabama — something she considers a “bucket list” item — and see her cousins, an older brother — her father’s son from a different relationship — and the daughter of a man she fondly remembers as “Uncle Charlie.”

“I’m gonna kick my shoes off and walk on the dirt and touch the ground, see my house if it’s still there,” Bradford says.