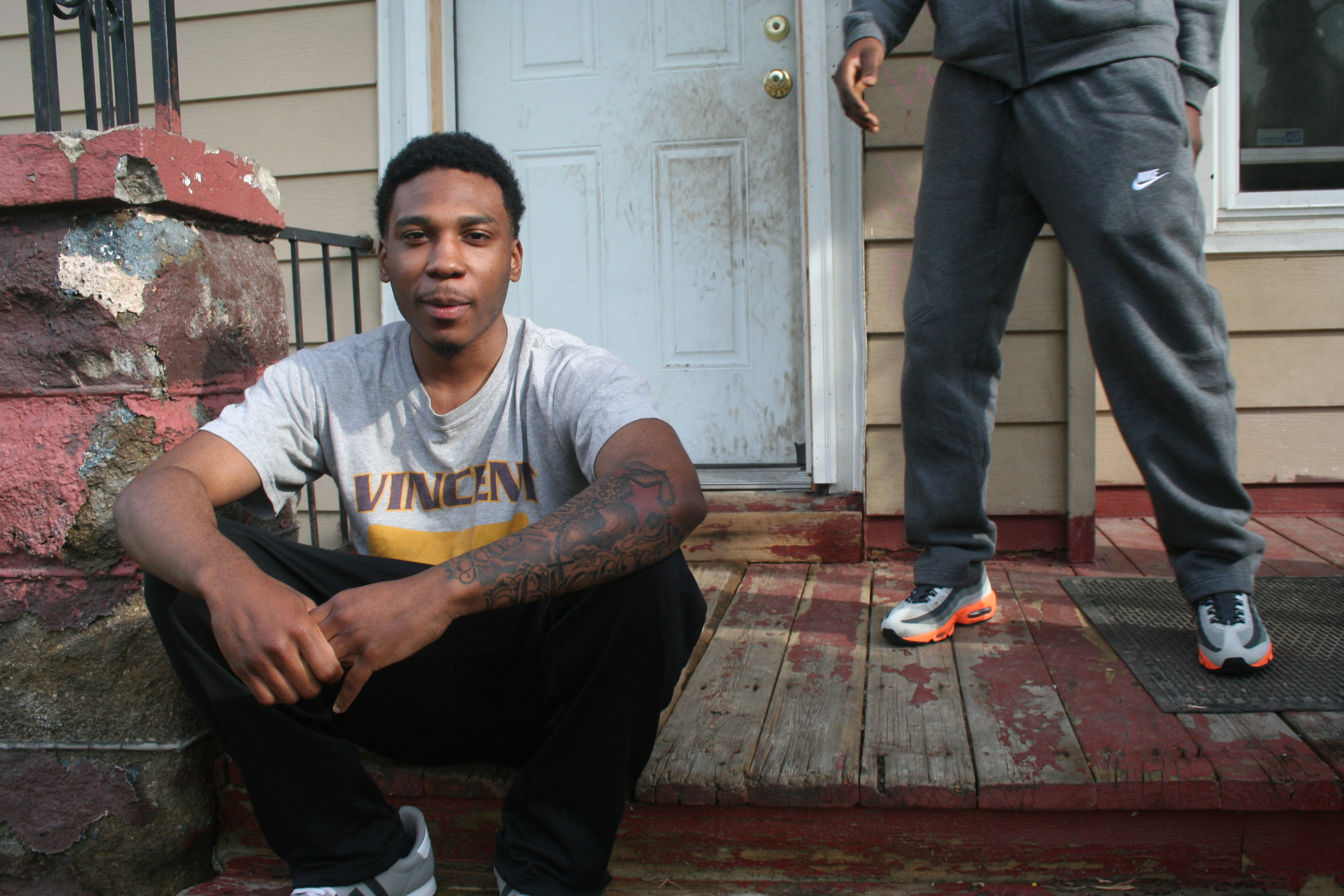 Devin and Tamio (Tu-miyo) sit on the steps of a home near the corner of 24th and Burleigh, a cigarette in each of the young men’s hands. The two, who have known each other since early childhood, appear unusually comfortable, almost unaware of the other’s presence.

“Trust is everything,” Tamio says. “Whatever relationship you have — business, personal … it’s always trust. You don’t trust nobody, shit, ain’t no point in us bein’ around each other.”

Both grew up in the same area — Tamio, near 36th and Brown; Devin, less than a block away on 25th and Burleigh. They’ve been inseparable since their mothers worked at the same daycare.

Even now, they can’t imagine it any differently. “We gon’ always stay together, and shit,” says Tamio, adding that they’re like brothers. “You can’t find too many people like that.”

Both say loyalty is what’s most important. “Niggas [gotta be] 100 with themselves, first of all, before they can be 100 with the next mufucka,” says Devin. “We don’t got that, then, shit …”

“Then … there ain’t gon’ be no friendship,” Tamio interjects. “That shit gon’ be wishy-washy.”

“Nine times outta ten, you gon’ have to whoop his ass, ‘cause he gon’ turn sheisty on you,” Devin adds.

After high school Devin, 22, and Tamio, 21, both faced challenges. Devin’s father, who was around during his childhood, eventually left for New York.

“I hated him for a little bit — I ain’t gon’ lie. I hated him. But, then, I had to realize, shit, he’s tryin’ to better himself so he left for New York to do that.”

Having his father in his life, Devin says, taught him responsibility. Ironically, when he left, it gave Devin an opportunity to practice that.

“I had to make money. I had to help my mom,” he says, adding that his father would send money back, as well.

“Even though it helped pay the bills, at the same time, havin’ a male in the house, shit, that’d help more than that money sometimes.”

Tamio Allen sits on the porch of a home in Milwaukee’s Park West neighborhood. (Photo by Jabril Faraj)

For Tamio, the journey involved some more tangible roadblocks.

“I fell into the streets while I was in high school,” he says.

That decision wasn’t the result of growing up in a bad family, Tamio says. They were always taught to do the right thing and go to school — that’s all his mother ever wanted. But the street life — stealing cars, selling drugs — had a strong appeal; it provided instant gratification.

“I wanted fast money, I seen nice cars and shit so I was out here,” he says. “I fell victim to that shit.”

It also provided freedom. But that wouldn’t last long. His freshman year of high school, Tamio spent 9 months at the House of Correction; later, he would serve additional time in prison.

Ultimately, the experience taught him a lesson, and changed his approach. It helped him mature.

“I learned you gotta slow down,” says Tamio. “Your life … it can end any time.”

Right now, both young men are working honest jobs — Tamio, at a JC Penney warehouse; Devin is a manager at Pick ‘N Save. It isn’t what either of them want to do long-term, but it’s a stepping-stone to getting there. Tamio, who has ADHD and says he needs to do something with his hands, dreams of becoming a carpenter or welder. Devin wants to own a business related to fashion, an interest tipped by his meticulously-put-together appearance.

“That’s the only way I’m gon’ feel like I’m good,” Devin says. “Shit, anybody can just be livin’, but … you go to work, you just goin’ to work just to pay your bills. And, then, what else after that?”

“I don’t wanna work for nobody forever.”

Tamio adds, “Especially with the … neighborhood we grew up in, that shit means a lot.”⬩