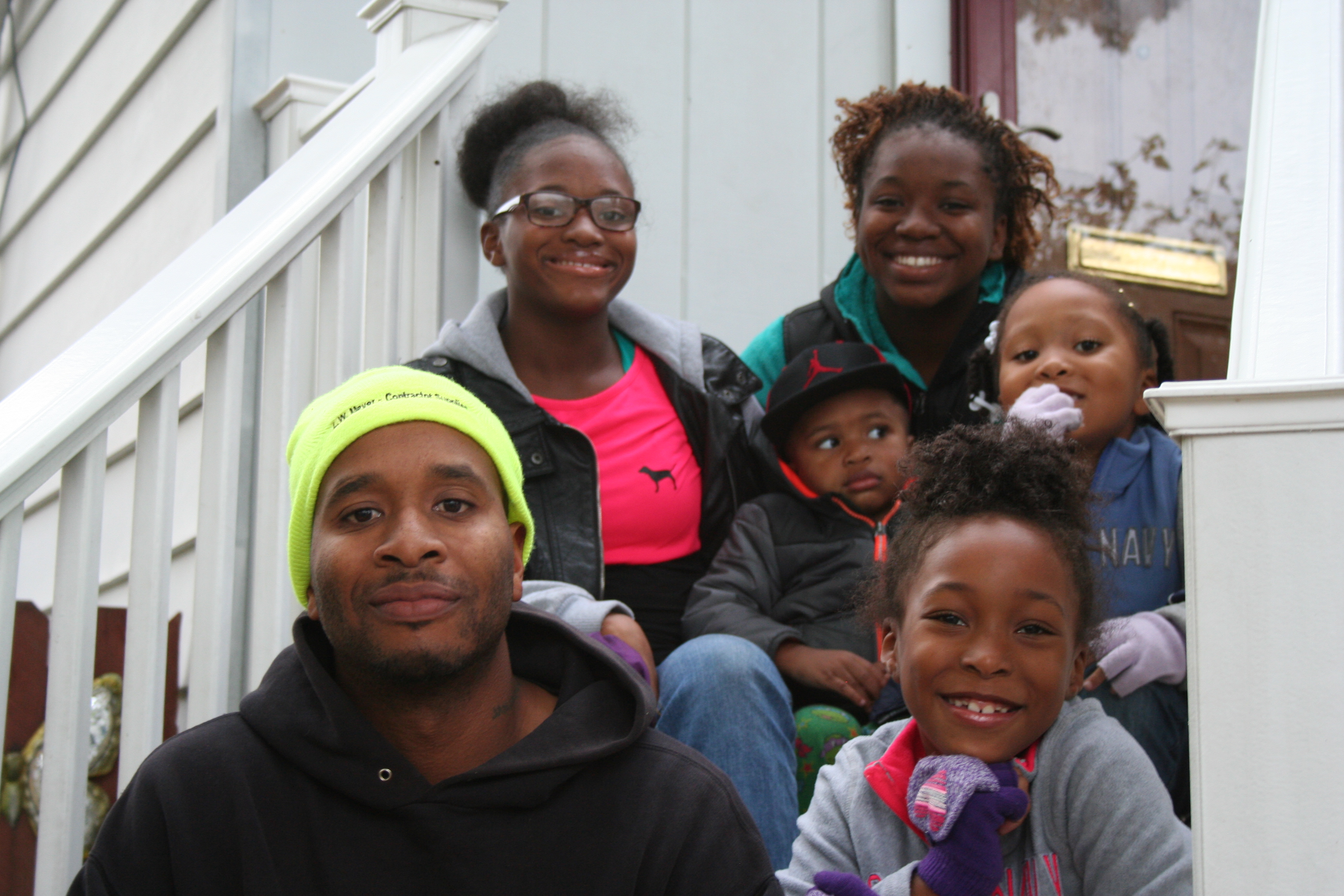 DaVaughn Patterson finishes cutting a stretch of grass on 44th Street, just south of Garfield Avenue in Washington Park. Patterson, still in tattered shoes and a hoodie, lets one of the neighborhood children help before putting the mower away.

“I don’t have a problem with Milwaukee,” he says. “I work with a lot of people that work in Milwaukee but don’t live in Milwaukee and have a different view of Milwaukee, you know?”

DaVaughn grew up in a single-parent household, an only child until the age of 10, near 18th and Center on Milwaukee’s north side. He says he “never had any issues” growing up, and that area has changed since he was a child.

“Houses have been torn down and new houses have went up,” he says.

Patterson’s mother, a nurse for 25 years, worked for Milwaukee County. “I think that helped me, seein’ a single parent that made it,” he says. “So, for me, it was like: you have opportunities as long as you get out there and do it.”

DaVaughn has held down a job since he was 15. By the time he was 17, he had three. Now, he owns his own small business, and has been working in construction for 16 years.

“I think, like with anything, it’s what you make it,” he says of Milwaukee. “I’ve always been a hard worker. I don’t stand around and … listen to others tell me I can’t — I just keep pushin’ it and driving.”

He adds, “I consider myself lucky.”

The first memory DaVaughn has of his father wasn’t until he was 12 — before that, he doesn’t remember him being there. But he had his mom, and he didn’t know any different, he says.

“I don’t wanna say I didn’t need him but, you know, I guess it’s hard to miss something you don’t know.”

Now, DaVaughn is a father. He was in school at UW-Parkside when his first daughter was born. It was hard doing school full-time, working full-time at UPS and trying to get back to Milwaukee to see her, so he ended up dropping out.

Married for six years, together for 17, Patterson has known his wife since he was 11 years old. He said, for them, having a child at a young age wasn’t something that got in the way. “She balances me out,” he says. “I love kids, she loves kids.”

“We go well together,” he adds.

They have three children, including a 2-year-old son. For DaVaughn, being a father is easy. “A lot of things don’t get me worked up,” he says. “I’m not filled with a lot ‘a hate.”

He and his father have an alright relationship, too. “He tells me all the time how proud of me he is because I’m married, I’m in a house with my kids … That means a lot comin’ from a dad.”

Patterson walks around the corner to his home where his daughters, son and some of their cousins are playing on an early fall evening.

He owns a couple properties in the area, too, he says. DaVaughn is thinking about buying a third. He’s looking forward to the future of the neighborhood — it’s at an “interesting point,” he says.

“Like I tell everyone that I run across: instead of renting … buy a property, some place that’s gonna pay you, you know, in the long term.”⬩