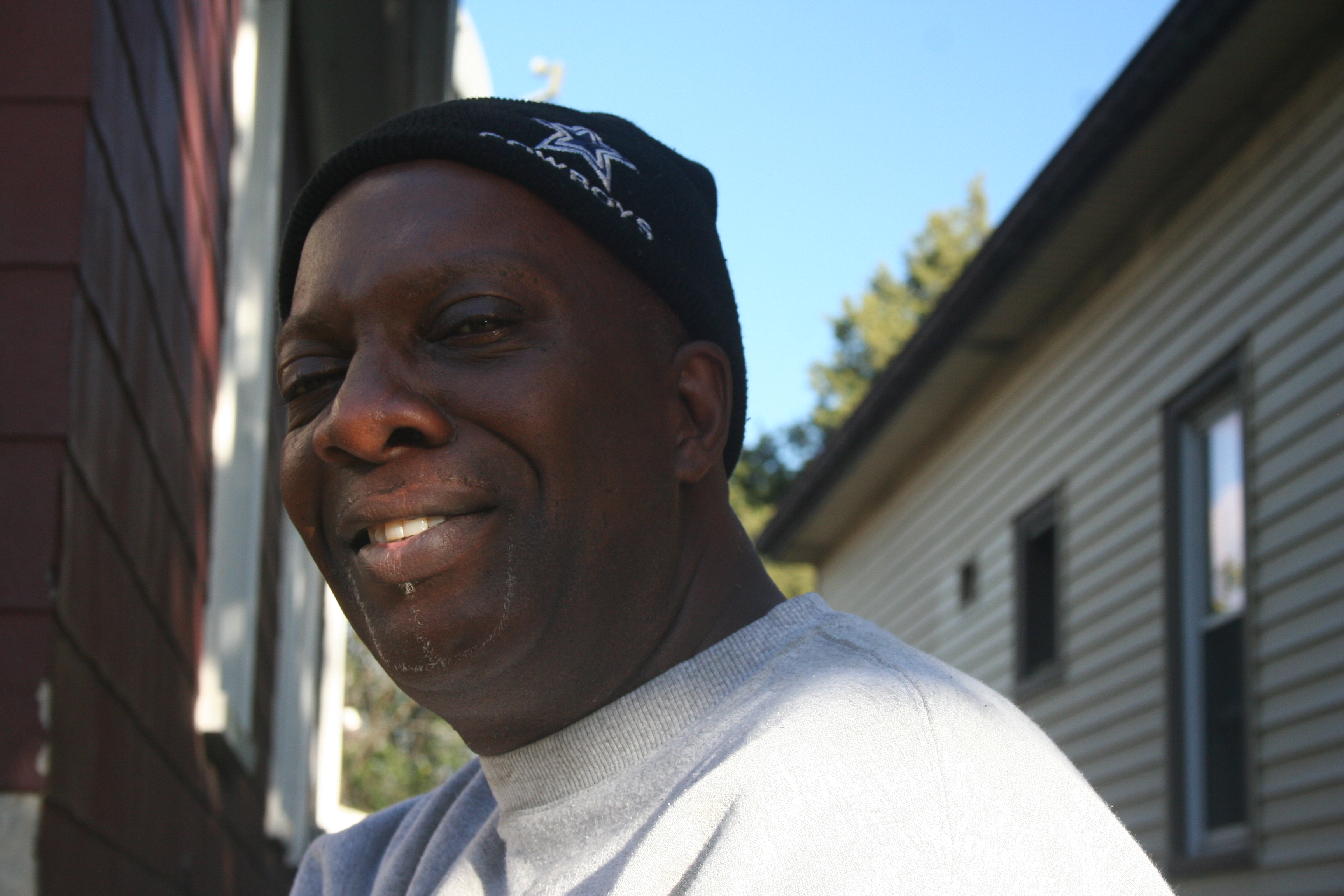 Nathaniel Wright leans against a white railing while speaking with family on an Autumn afternoon. Wright wasn’t born in Milwaukee but many of its neighborhoods, like the one he’s standing in, are familiar.

Violence, he says, is what links Milwaukee with his birthplace of St. Louis, Missouri.

“You tend to follow in the footsteps of the older ones in the neighborhood, and it’s just recycled on down,” says Wright. “You know, some is lucky to get out, some ain’t.”

Nathaniel comes from a large family — 13 children, in all. He’s the second youngest. “Just imagine 13 of your siblings all in the same house and you all want something different,” he says.

But, from all accounts, his family was a good one. Wright refers to his mom and dad as “workin’ people.” His mother was a registered nurse at the John L. Doyne Hospital, formerly Milwaukee County Hospital; his father got a job at A.O. Smith — where he worked until he retired — after the family moved to Milwaukee when Nathaniel was 9.

School, he says, never really interested him — Black history wasn’t taught in depth. The real education he got was at home, and on the streets.

The family told stories, Nathaniel, now 50, says. His father and grandfather were both veterans — one in the Navy and one the Marines.

“They always told [us]: you only gonna get what you put in. If you don’t put in nothin’, how do you expect to get anything?”

“First of all, you gotta straighten out the problem that you have at home. Like my father always said, ‘How can you go complain about what somebody else doin’ at your house if you don’t sweep the dirt from in front of your house?’”

Wright’s family moved around a lot. He’s lived on 10th and Wright, near Center Street, just off North Avenue and near Roosevelt and Teutonia. And he eventually got involved in street life. He sold drugs, stole and robbed people on the street. He says, “just growin’ up in the neighborhood” is what got him started.

“You see what the older ones doing, they start teachin’ you … because you see what they doin’ and you wanna do it,” Nathaniel says.

Wright, who’s worked since he was 16, says the criminal activity wasn’t out of necessity — it was for the excitement of it.

“I was always workin’. I was still doin’ crime, but I always kept a job,” he says. “I was always raised to believe a man should be able to make $30 a day, even if he just has to hustle cans.”

Eventually, in his late 20s, Wright ended up doing some time. “I had always said when I was young, you know, if I ever got caught and went to prison … I wasn’t gonna be like a lot ‘a other people that you see goin’ in and out. You know, it was only gonna be a one-trip thing for me. And, from 27 to … 50, it was just that one trip.”

Nathaniel is father, too — his eight children range in age from 14 to 33. The way he approaches his role as a parent is simple.

“I don’t think about it; just do what you gotta do — there ain’t nothin’ to think about,” he says.

Currently, Nathaniel has a job as a punch press operator. But he works on cars in his garage, too; that’s what he really loves. Wright has been doing auto work for a while and intends to open a shop of his own in five years — it’s something he’s been working toward for some time now.

Nathaniel says he enjoys fixing cars because he loves “the idea of seein’ somethin’ that don’t work and knowin’ that you put it back together and it works.”