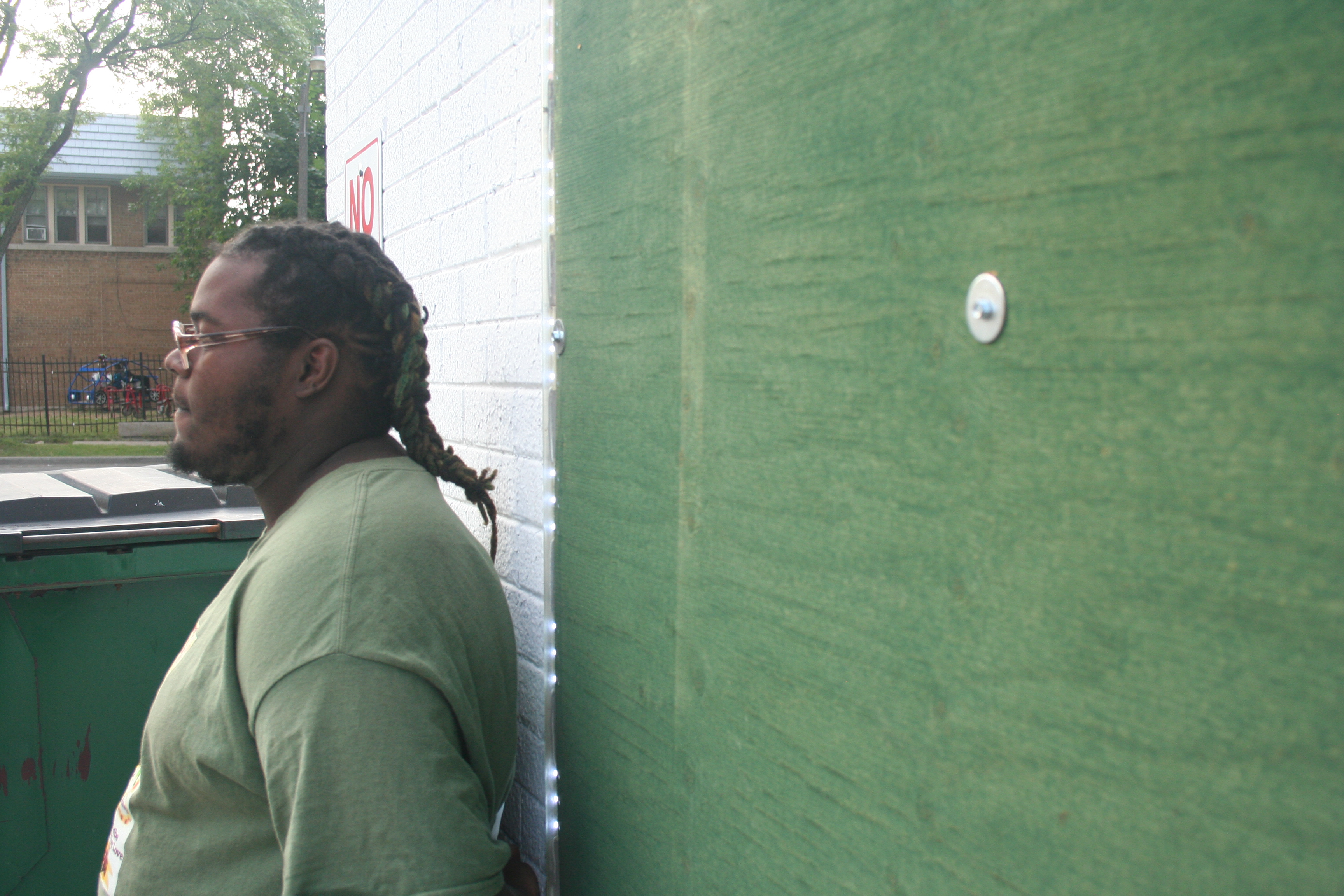 Marion Long walks out of his yard, on the way to the Three Brothers Tobacco & Grocery at 44th and Burleigh streets. Amongst those coming and going from the corner store, Long stands out, exuding a quiet sort of confidence.

“I’m a kind-hearted person,” he says, as he leans on the corner of the building. “This life is not made for me.”

Marion was born in Milwaukee and grew up near 22nd and Walnut. “It was hard, but I got used to it quick,” he says. “When I walked to the park I had to go through Cherry (Street), and there was, like, bullies over there. I was young so they [would bully] me.”

He was younger and smaller than the other kids, so any time he had something with him they would try to take it, he says. “It made me want to do it to (other) people.”

He gave the kid’s phone back the very next day.

Long, who’s the third-oldest of seven, says he tries to get along with his brothers and sisters but there’s a lot of “sibling rivalry” in their family. Even going to the bathroom doesn’t come without a fight. “We close, but not that close.”

Marion, 20, who dropped out of school a few years ago, still lives with his mother. “She’s a nice person — sometimes, evil — typical mother,” he says.

“I was never with my dad like that so I can’t really tell you about him.”

He says, “I’ve known him. He just never [was] devoted to be in my life. I know where he lives, I talk to him every now and then, but it’s when I reach out to him.”

At this point, Marion is used to being let down. Growing up, he says he wanted to be a firefighter because of “the principle of helpin’ people, putting your life in danger to save other people — I just thought that was … super heroic to do.”

“That changed when I realized you can get burned,” Long says. “My whole mindset changed.”

“I believe when you make plans it never goes how you planned it, so I don’t plan stuff anymore.”

At this point, he’s considering going back to school, taking some classes online. Marion isn’t quite sure what he wants to do after but he’s not too worried about what’s down the road; all he’s looking forward to is what’s right ahead of him.

Did you find value in Marion’s story? If so, please subscribe to our newsletter; we publish the story of a different Milwaukeean every week.