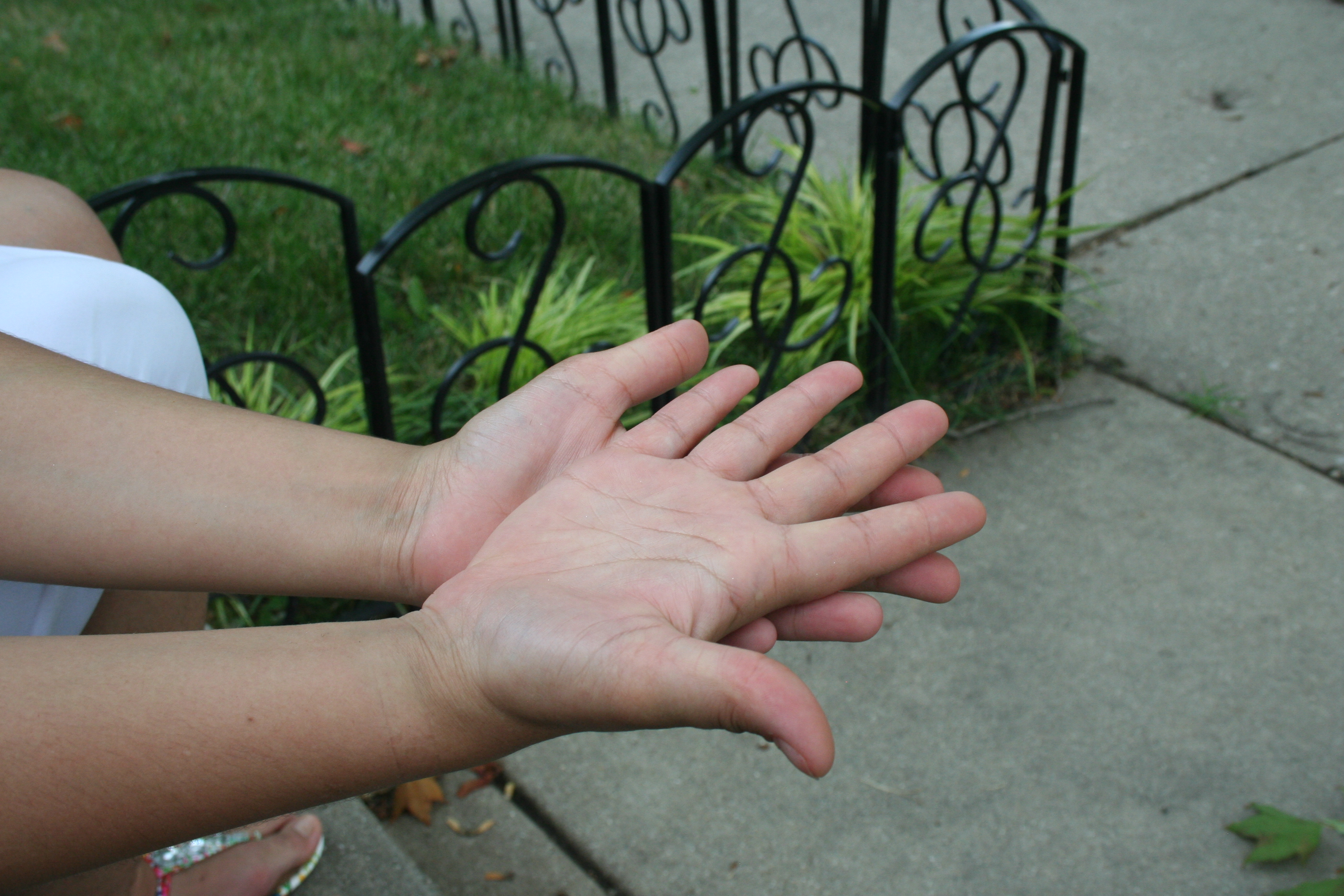 Amy Tim stands in front of a stoop in Harambee with a couple of her kids nearby. Tim, who grew up on Milwaukee’s northwest side, has been in-between two worlds for as long as she can remember.

“I struggled … growin’ up because my mother was African-American and I’m bi-racial,” she says. “Bein’ a bi-racial child, it was hard for me.”

Amy calls it “difficult” and “complicated” growing up in Black neighborhoods with her mother.

“I’ve never been accepted by either black or white people,” she says.

For a long time, Tim let that get to her. Eventually, though, she decided she had to do something to make the situation better.

“You have to accept who you are to … grow and become the person you want to [be],” she says.“You can’t worry about what other people think.”

While she was still in high school, Tim had her first child; now, she has three. And, since that day, it’s been all about them.

“Obviously, it was complicated, ‘cause I was in school, you know, and I had to be a mom,” she says. “I grew up really fast, had to work to support my child and try to juggle school and work. That’s why I … dropped out, because I became a full-time mom, and that became my priority at the time.”

Amy says her experience as a mother has been “wonderful.” She adds, “I wouldn’t change anything.”

Parenting, for Tim, is about talking to her children, educating them about the things they’re going to face, even difficult subjects like sex, STDs and more. She hopes this practice, the result of experiences she had growing up, will better prepare them to make positive decisions later on.

She acknowledges every parent wants to protect their child, but doesn’t agree with those who do it by sheltering them.

“[Some parents] think that they’re protecting [their children] more by not tellin’ them, than they will havin’ a conversation with them … They don’t want to expose them to it. [They think], ‘If I don’t tell them about it, then they won’t know, or they won’t find out,’” Amy says. “And, that’s not true.”

“We should talk to our kids. Even if it’s something we think shouldn’t be talked about.”

Amy says it’s not only important that she speak with her children, but that she provide an example, as well. She dropped out of school to raise her children and, later, was inspired to go back to school because of them.

“You have to show them, and you have to live the way you want your child to live,” says Tim.

“They’re lookin’ at me. If I’m a dropout, what’re they gonna do? They’re gonna drop out and have kids at a young age. But if they say, ‘Oh, my mom went back to school; she’s tryin’ to make a better life for us … okay, I get it — I need to stay in school because school is important.’”

Tim is working on getting her High School Equivalency Diploma at MATC. The degree requires completing the necessary classes, not simply demonstrating the skills, as a GED does. She says, after she’s done, she’s going to continue right on into taking college courses.

In the long run, she says, she believes anyone can accomplish anything they want to — after all, she did. But it takes hard work and determination.

Did you find value in Amy’s story? If so, please subscribe to our newsletter; we publish the story of a different Milwaukeean every week.