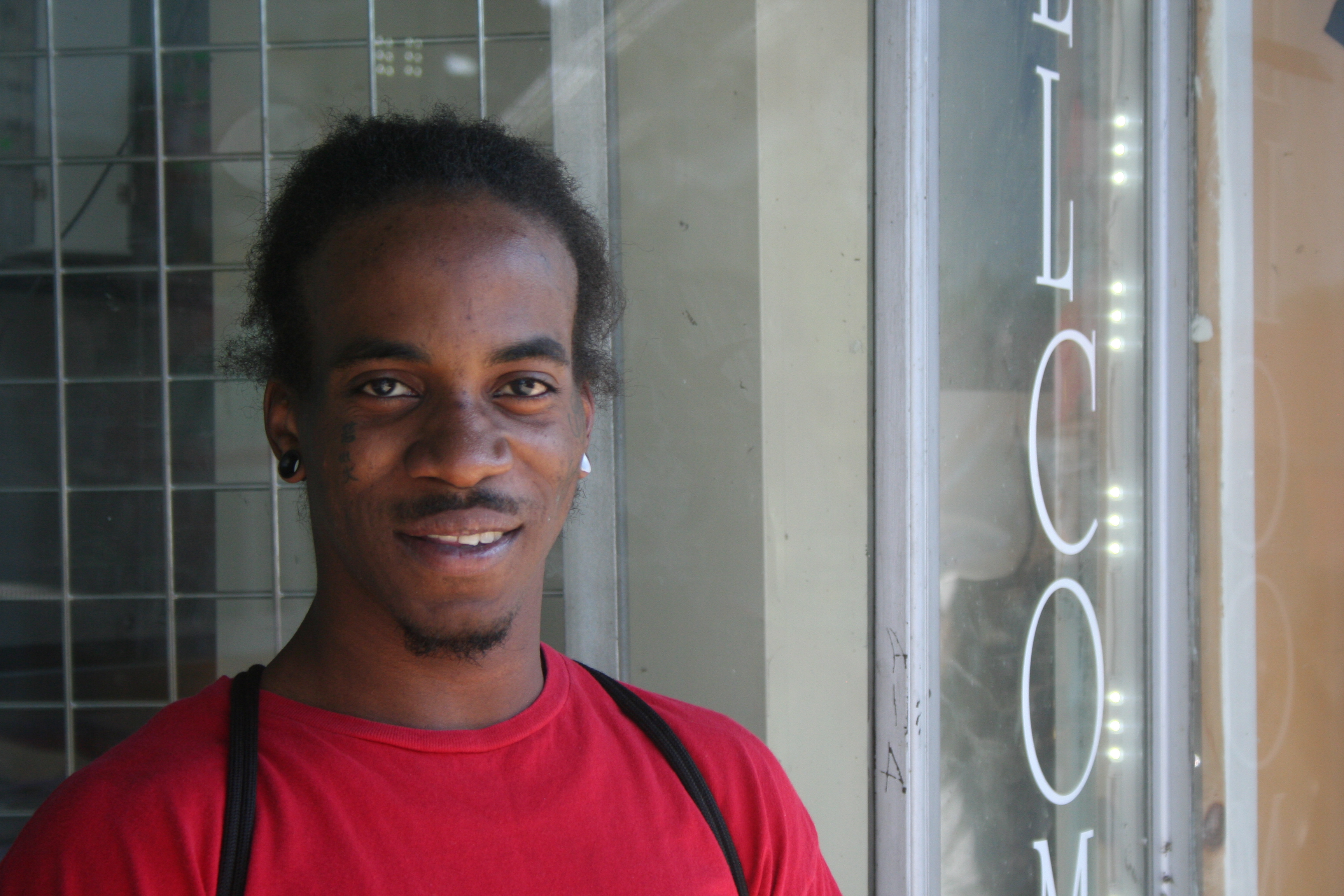 Jasen Komar walks west down Dakota Street toward South 13th in Milwaukee’s South Side Polonia neighborhood. Komar’s gait is brisk, and he walks with a smile on his face.

Komar was born on Milwaukee’s North Side, but grew up in a white and Hispanic family on the South Side. He’s the oldest male, but also a middle child of 14 children. “I wish I … had an older brother instead of bein’ the older brother,” Jasen says. “I like it, though, personally — I liked having older sisters. I learned a lot about women.”

School was a bit of a different experience. “It had its ups and downs. I wish I’d have known what I know now, ‘cause I’d ‘a been like an A-student.”

Komar, who attended Zablocki Elementary School, Bell Middle School, Pulaski and graduated from Kilmer, an MPS alternative school, said he had a lot of teachers and other people in his life who cared, but school just didn’t seem important at the time.

“I didn’t understand what school was for; I didn’t see a purpose for school,” he says. “I was kinda like a smartass, to be honest.”

Jasen, who’s 27, says his first career was in auto body. Over six years, he went from being a detailer to painting cars. But, then, he decided to go to college for massage therapy. Komar attended the for-profit Anthem College, which closed its Brookfield campus in 2014.

He describes the transition as going “from auto body to the human body.”

“When I first got into college and enrolled there I was thinking about strictly college and going — you know, I wanted to go to school. But, then, when I got there … women started comin’ back into my life and then I started wiggin’ out.”

“I actually had a son,” says Komar. “He’s about 8 … [my] baby momma’s the one who put me into that mindframe (of going to college) because she was in college, you know.”

Jasen, who’s been to jail before, describes himself as a “problem child.” He says she helped him want to go to school and drove him to the campus, too. But, in the end, it didn’t work out and Komar stopped after a couple years.

He says being a father is the “best feeling ever” and that it’s amazing, “Having somebody … like you who’s smaller, and you get to watch ‘em grow.” But he hasn’t seen his child in about two years, he says. It’s because of the relationship between him and his son’s mother, though it’s been a long time since they’ve been romantically involved.

“We always had a friendship where we could still talk and all that,” he says. “It’s kinda fucked up … she gave me like numerous [chances] — like, numerous. You know, they tell you, ‘Don’t bite the hand that feeds you.’ Man, that’s very true.”

Jasen says he can’t put his finger on what exactly happened. “I can’t really say, you know? It’s so many things that jumped into my head that I can’t … really pick one. You know, I kinda blame it on all of ‘em.”

And he blames himself. “Yeah, I think [about it] a lot. There’s a lot ‘a stuff I go through every day, but it’s nothin’ I feel I can’t handle,” he says.

Jasen Komar stands by a storefront on South 13th Street in Milwaukee’s South Side Polonia neighborhood. (Photo by Jabril Faraj)

Lately, however, Jasen’s been between things — careers, apartments. He just recently blew the motor on his car, too.

He says life, in general, has been stressful as of late and warns to watch out for the “little things.” He adds, “They will kill ya … if you let ‘em.”

Personally, he tries not to let them affect him too much. Instead, Komar says it’s important to “just go about your day and know there’s always another day.”

At this point, Jasen has decided he wants to go back and finish school, get his certification as a massage therapist. He vows that this time will be different — he won’t let any distractions get in the way.

He says he’ll always have the auto body and massage skills to fall back on and muses about, someday, owning the clothing store where he currently works, earning minimum wage. “In time, I guess,” Jasen says.

In the end, though, he’s not really sure where he wants to end up. “I don’t really have a real game plan — I’m kinda wingin’ everything.”

Did you find value in Jasen’s story? If so, please subscribe to our newsletter; we publish the story of a different Milwaukeean every week.