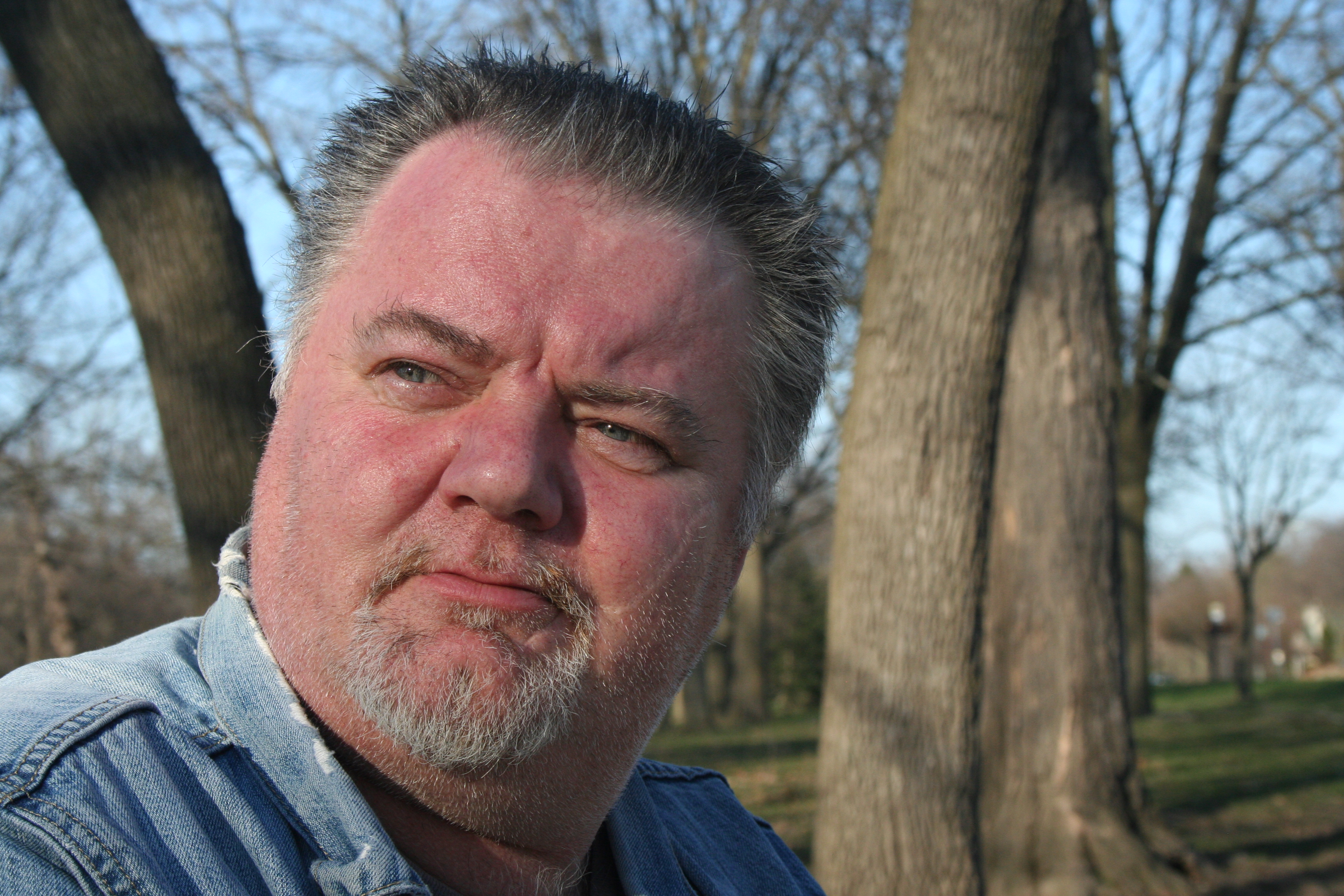 Jack Daniel Reese sits with his friend at a picnic table in Jackson Park, not far from Forest Home Avenue. Reese’s unbuttoned jean shirt, greying hair, hard, weathered look and a long scar on his left cheek give a little hint to where he’s been.

“My buddy … he makes sure I get outside just to talk,” he says. “He’s knowledgeable and he’s [a] very kind person. He respects me and I respect him — he’s like a brother, you know?”

From the beginning, Jack had it tough. “I was born in a parking lot of a memorial hospital in my grandpa’s station wagon,” he says. “My grandfather delivered me and I had the umbilical cord around my neck — I was turnin’ blue.”

Eventually, hospital staff came down to care for him and his mother. But, before too long, he would face adversity again.

“My mom and dad got divorced … I think I was 4 year old when they got divorced. And I wanted to live with my dad but my dad said ‘no’ and I should live with my mom ‘cause the rest of the kids were goin’ by my mom. But I didn’t wanna go, ‘cause me and my dad were close, you know? Very, very close.”

One time, Reese even fell asleep in his dad’s car and went to work with him that morning. He says he was about 5 at the time. Once his parents separated, his dad would come around, at first, but that didn’t last long. Eventually, he remarried and Jack’s mom was left with the five children from their marriage.

“My mom was beautiful. She cooked everything by scratch — breads, rolls … pies. She was always doin’ laundry … if she wasn’t upstairs, she was downstairs doin’ laundry,” he says, remembering.

After some time, Jack’s mother remarried as well — she would have four husbands in all. Both of his parents had more children. “The divorce hurt us — the divorce hurt us really bad. I think it hurt the whole family bad,” says Reese, adding, “It hurt me very much.”

“I had a lot of problems with my dad and my mom not bein’ together, you know? We had a family — we had a loving family. I mean, everything was good. We always had cake, you know?” he says.

School was difficult for Reese because he couldn’t concentrate on anything other than wanting his mom and dad to get back together.

“As far as education, don’t have a lot of it … It’s embarrassing but I have like a fifth to sixth grade education,” he says.

Jack starting skipping school all the time — he just wouldn’t go. Eventually he ended up in children’s court and was taken away from his mother. “I was uncontrollable,” says Reese.

He and his brother were both placed in different homes; after some time, Jack ended up at a boys home on Prospect. He remembers the address to this day. Reese, who was 11 or 12 at the time says it was “very hard.”

“It’s not there no more, but the building’s still there,” Jack says. “You know, you had rules and stuff like that. I seen a psychiatrist after a while; I don’t know what that was for — maybe for not having good feelings about myself.”

“I wanted my mom and dad together. And, my mom used to dream that my dad would come up with flowers and they would [get] back together and re-marry and get the family together again and have it where we used to go camping, fishing … That’s the way it used to be.”

Says he still, to this day, doesn’t know why they broke up — it bothers him, he says, and is something he’s always wanted to know. But he never asked. “No. I wanted to, but I never did,” Jack says.

The last time Reese saw his dad he was 16, and his mother passed away from emphysema at 53. His older brother died from emphysema, as well, and Jack, who has smoked since he was 15 has chronic obstructive pulmonary disease (COPD), another respiratory illness sometimes caused by emphysema. Reese turned 56 in June.

After his mom died, it got even worse for Jack. He was drinking a case of beer every day and sleeping around, he says. “When my mom passed, I didn’t know what to do.”

Reese’s few true loves — his father, his family and cooking — have all come and gone. He was head of the line at Filippo’s Italian Restaurant, 6915 W. Lincoln Ave., for six years, but that ended about the same time as his marriage. Cooking, he says, “made me feel really good about myself.”

He and his wife, who he met while working at IHOP and married in a simple ceremony at the courthouse, endured two miscarriages. Jack eventually cheated with a younger woman. He doesn’t know why he did it, and regrets the misstep to this day.

“My wife don’t love me the same way she used to, ‘cause she can’t trust me,” Jack says. “I can’t hold that against her. I mean, I can hug her and hold her and kiss her on her cheek, you know, but I can’t kiss her on her lips, or I can’t wipe the tears away the way I used to do.”

Despite the miscarriages, Reese ended up having two kids. But that has just added to the hurt. “My son and my daughter have nothin’ to do with me,” he says. “And, my son, I helped raise my son.” A tinge of pain can be heard in those words, as he shows a photo of his boy.

Jack Daniel Reese shows a photo of him and his young son. (Photo by Jabril Faraj)

Jack struggles with the same things he used to, and more. He has regular anxiety, takes “all kinds of pills” and is diabetic, as well.

“Why would Jesus, our god, deal me the cards that I got dealt with and how do I handle it, and why does he make it so hard?” he asks.

Recently, Reese went to court and was awarded some Social Security assistance — these days, he can’t work on account of the breathing tank he needs to carry around. He plans to use the money to get his own place.

The friend he’s with, Reese says their relationship has meant a lot to him. “If he’s in trouble, I’ll be there. If he’s hurtin’ I’m hurtin’. If we could handle somethin’ and [can] talk about it, we’ll talk about it.”

Jack says their friendship helps keep his eye on the prize.

Did you find value in Jack’s story? If so, please subscribe to our newsletter; we publish the story of a different Milwaukeean every week.