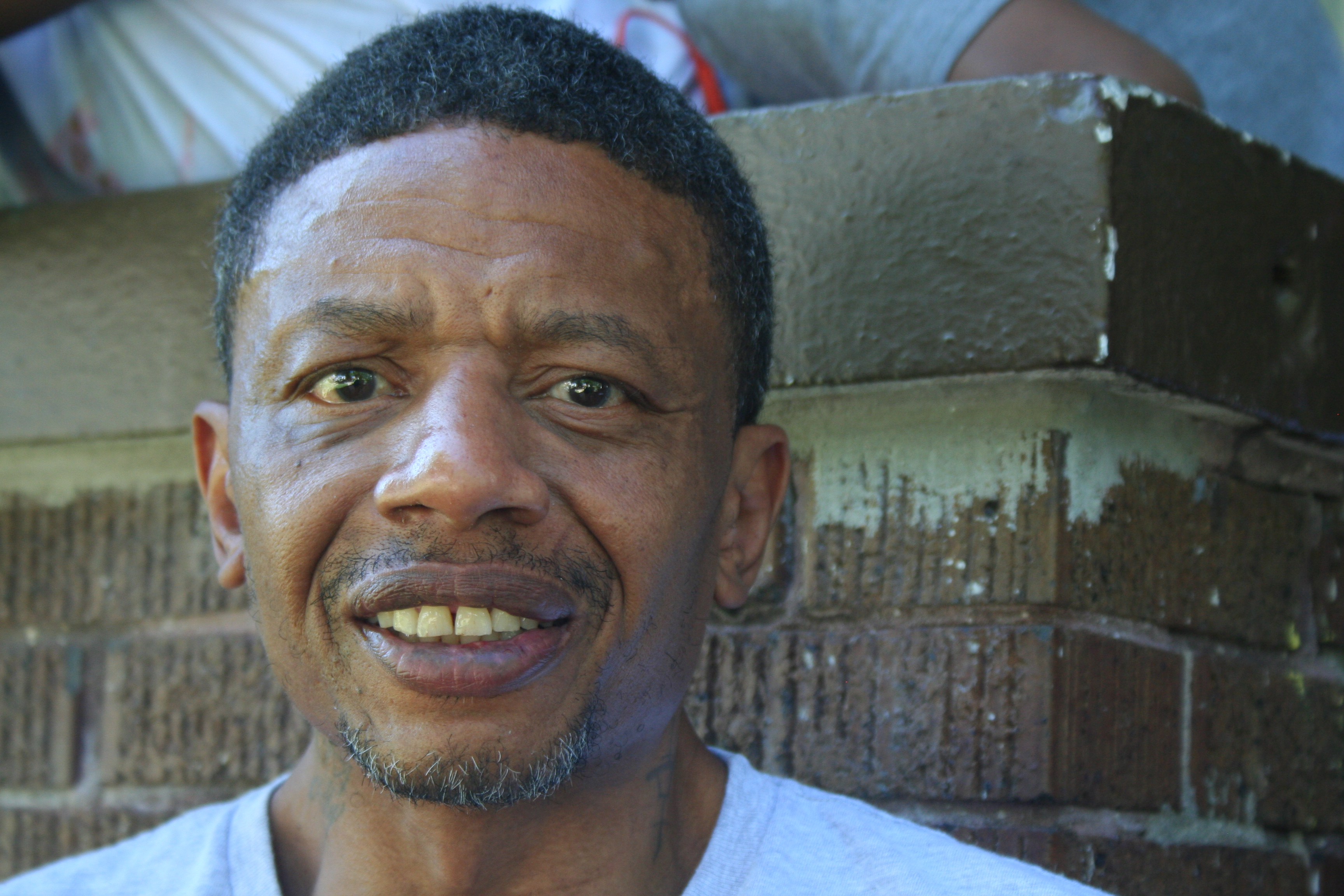 Lorne Payne sits on a porch in Sherman Park, surrounded by his children. Payne attempts a smile but it’s more a look of fear that comes through — the pain in his eyes is the only thing that’s clear.

Staying alive has been anything but a given for Payne. He grew up in the Hillside projects, southwest of Walnut and North 6th streets. The projects, Milwaukee’s first, weren’t very friendly. “It was hard,” says Lorne, who describes himself during that time as a “thug.”

Payne says he would steal regularly and scalp tickets for Brewers and Bucks games to get by. Drugs were part of the equation, as well.

Lorne grew up without his father — they didn’t meet until he was 14. Since that time, Payne’s father had been in his life, to one degree or another, until he died a couple years ago. Payne says his father’s ideology was essentially “you do you; I do me.”

His mom was a different story. “I love my momma,” Lorne says. “She was there for me when I was a kid.”

Payne, 47, talks in an almost incomprehensible manner — he skips over some words and has difficulty pronouncing others. About three years ago, he was hit by a car while walking down the street.

Lorne woke up in the hospital with a brain injury. “[I] had to learn [to] walk and talk again.”

Unfortunately, this wasn’t the first time he’d sustained a serious injury. “I’ve been through a lot. I’ve been shot in the chest, I’ve been stabbed, I’ve been in the hospital … I’m messed up, man.”

Payne, who attended South Division and Vincent high schools, was kicked out of school and ended up in Job Corps in Dayton, Ohio. It was there that he got his GED and learned to weld, a skill that he used for a few years once he got back.

When Payne was 21, he was shot and had another intensive recovery. He’s also been to prison here and there, most recently federal prisons in Kansas City, Missouri, and Tampa, Florida.

“My kids keep me alive,” Lorne says. “I think about my kids all the time.”

Payne has six children — three boys and three girls. Though the oldest is in prison, there are still three who have yet to hit high school. Lorne says being a father has been “great” and, though he can’t go to the park and play with his kids like he used to, he says being with them is his greatest pleasure.

“I wish my dad was with me when I was younger. I probably wouldn’t [have done] the things I did. I don’t want my kids to do the things I did when I grew up. [That’s] why I [was] always in their life,” he says. “I do the best I can for my kids.”

Did you find value in Lorne’s story? If so, please subscribe to our newsletter; we publish the story of a different Milwaukeean every week.