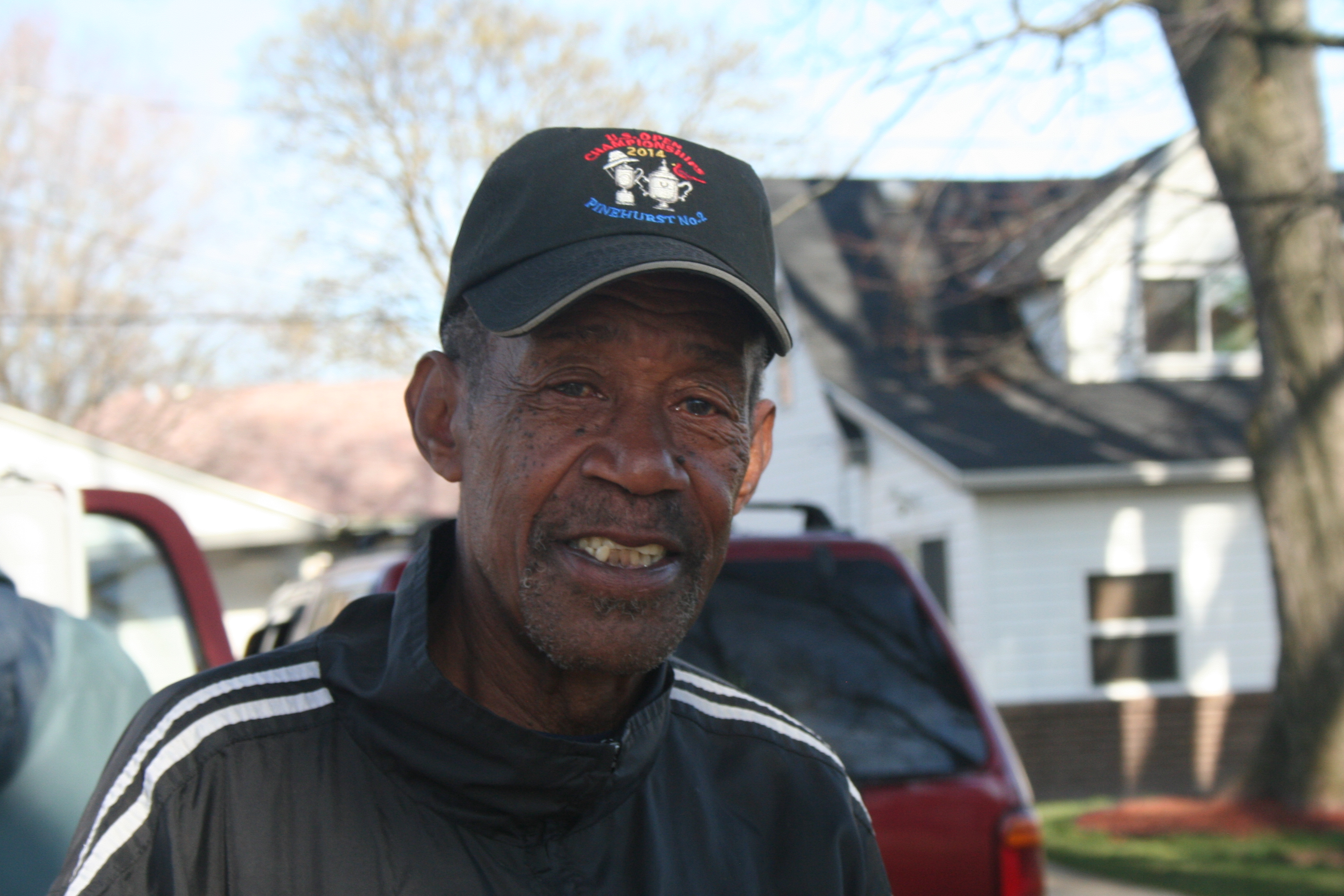 John Branham stands at the end of a long, shaded driveway near the corner of 52nd and Villard. Branham has overcome more than a few challenges in his time; it all goes back to the dinner-table conversations his parents would conduct every night, he says. Though they struggled as a family, it was always about looking forward, and the possibilities of tomorrow.

“Now that I look back over my childhood, that’s what gave me strength — bein’ optimistic,” he says. “You know, because … a wall can be built but you can go around the wall, over the wall, [or] you walk through the wall.”

Branham was born in 1947, in Tennessee. The 68-year-old grew up in the still-segregated South, an experience he called “so-so.”

“We fought tirelessly to overcome that,” he says of the segregation, “which we eventually did.”

John was one of nine children — three boys and six girls. He says they didn’t grow up in a lavish environment but his parents worked hard, regardless, to give their children the possibility of something better. He describes his parents as loving and kind.

“They worked tirelessly,” Branham says. “We didn’t know how much they were struggin’, but they never showed that to us, as children, growin’ up.”

The talk was never of their current circumstances; instead, it was filled with hope. “Always: a better day tomorrow,” he says. “And, then, I recall very vividly sayin’, ‘What about today?’ [They] said, ‘This day has already come, and it shall pass. But, tomorrow.’ And, it stuck with me.”

“Tomorrow,” says John. “Tomorrow; it’s promised, but you don’t know … what the outcome is gonna be.”

“You have to adjust and re-adjust, because you never know.”

He says, though others might put obstacles in your way, the only thing that will stop you is not believing you can do something about it. “We say: you can’t stop me now; I’ve been stopped too long.”

John says, “I gotta go move forward, regardless of how or what you are trying to set in front of me.”

That focus on optimism, on tomorrow, impressed on Branham that the importance is in the response to adversity, rather than the adversity itself. “You don’t have to respond to it in a vindictive way,” John says. “You never do that because when you respond to things vindictively, vindictives come back to you.”

He says patience is paramount, that thinking through the situation methodically is essential. “You say, ‘Okay, I tried this, it didn’t work. Now, let’s try [this] over here, see if it work,’ and put it all together, and it all falls in place.”

“Those are my accomplishments”

“It wasn’t easy. It wasn’t easy,” he says. “I can honestly say … the first year was very trying, simply ‘cause I didn’t take it serious.”

John ended up on academic probation once, and then again. The third time, he was sent home and had to sit out a semester.

He told his grandfather and grandmother, who he was living with at the time, that they didn’t have enough money for him to be at school. Eventually, his grandfather decided to take him to the bank; Branham came clean, and was given a check to continue school. To withdraw the money, his grandfather signed with an ‘X.’

After he graduated, John worked as an accountant for the State of Tennessee. Then, he “impregnated a young lady,” who had family in Milwaukee, and followed her to Wisconsin to help raise his son. Branham had a total of five children — four boys and a girl — and ended up having a long career as an educator.

He says being a father was the “greatest thing that ever happened to me.”

“All of my sons, they’re the epitome of good gentlemen. They all work, they all own homes and everything. So, I don’t like to pat myself on the back — it’s unnecessary — but I just say to myself, internally, ‘Hey, I didn’t do bad — I didn’t do bad.’”

Branham, who refers to himself as a “straight-shooter,” says he always told his kids the truth. “They can see and know, and eventually find out, what you said is not really the case,” adding that you can never guarantee things will turn out a particular way.

“Things change in life,” he says. “I’m not a fortune-teller but, from my experience, eventually what goes around … comes around.”

He’s most proud that his children never had any “direct involvement with the system”; it was a result of the way he raised them, and the way he was raised by his parents, John says.

“It would devastate me to hear, or get a call, somebody knockin’ on the door, and say, ‘Your son, or your daughter, is layin’ in the street down there.’ I dwell on that, and I can only imagine how parents [feel] who are experiencing that.”

As for what’s ahead, Branham’s hope is simple. “Just livin’ the rest of my … days on this earth and lookin’ at my grandchildren grow up and sayin’, ‘Papapa, you did well.’”

Did you find value in John’s story? If so, please subscribe to our newsletter; we publish the story of a different Milwaukeean every week.