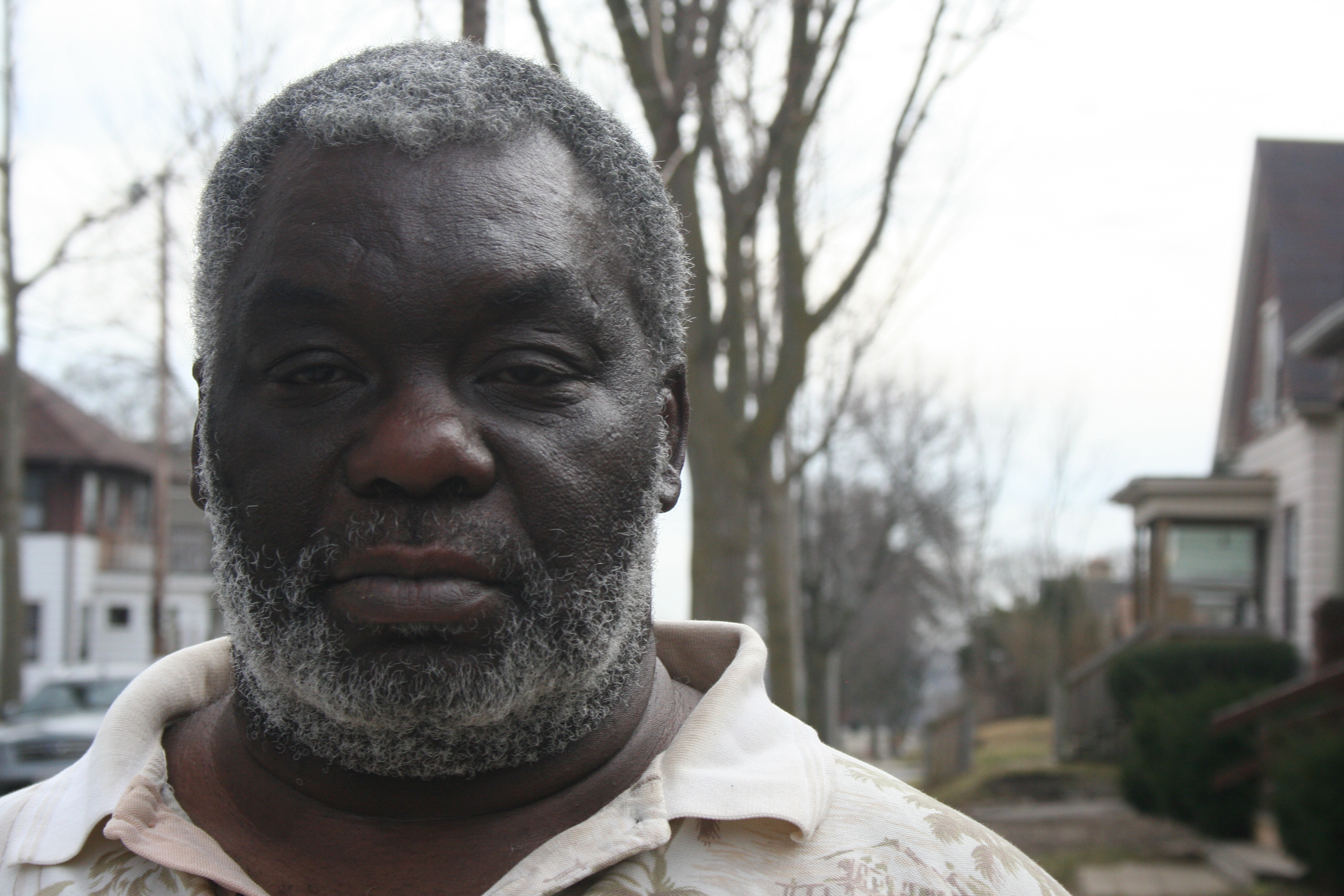 Willie Louis Speed Jr. walks down a quiet street in the Martin Drive neighborhood, tucked away just south of West Vliet Street. Speed’s life, up until now, has been anything but that.

“I was born in Tunica, Mississippi,” he says. “I’m actually from Chicago. I came up here.”

Willie only stayed in the tiny Mississippi town for about 10 months, until he and his mother came to Chicago around 1963. The reason they left? Speed says one of his mother’s cousins came into their house to kidnap him. That’s when things went terribly wrong.

“When he came in her house to do it, he said somebody was comin’ in and he didn’t know where to put me, so he put me in the hot oven.”

Speed’s face was burned as a result of the incident; who knows what other effects lingered.

He adds, “That’s why they had shipped us to Chicago.”

He and his mother moved to the South Side of Chicago, says Speed; his father stayed in Mississippi. He attended Dumas Elementary School from first through third grade and then they moved again, this time to the West Side.

“It was okay,” Willie says of Chicago. “It was just fast … ‘cause it was the Windy City, as they call it. Everything was movin’ really fast, you know. People was in the streets and there was bright lights all over.”

Speed says school was interesting, because he had the opportunity to learn about the things that made him curious. Specifically, he was fascinated by the solar system and had dreams of, maybe, one day, becoming an astronaut.

But high school was a completely different experience. He attended a school in a neighborhood that was mostly white and Mexican. “They didn’t want the blacks in. And … then, some of ‘em was Latin Kings and they was against people wearin’ certain colors, because [they were in] gangs and stuff, you know,” says Speed. “Other than that, I got along with ‘em fine ‘cause … I wasn’t in no gang, no Vice Lord gang, no Disciple — none ‘a that. I was just a black man to be called a ni**er amongst these white people, comin’ to they school.”

After a couple years, Willie moved on. “I got to the tenth grade and, um, then I just dropped out, ‘cause I have never had money and I needed a job. And, plus, they had told me if I bought my own books they would cost at least $1,000. So, I left.”

He worked odd jobs, here and there, for some time — cleaning yards, washing cars — and got by for a few years. Then, he did six years — three in, three out — for a home invasion, ironically not much different than the crime he’d been a victim of as a small child.

But Speed says the experience changed him. “I just got out and got custody of my kids and took care ‘a them.”

Willie, who has eight children, says he’s enjoyed being a father. “They gave me an idea to see what my father would’ve been … if I would’ve got to know ‘im.”

He even held a steady job at one point, mopping, bussing tables and stripping and waxing floors — something he’d learned in prison — at a restaurant. “I did get to punch a clock, with a check, yeah. That was in ‘84,” says Speed. “I enjoyed it.”

But, at one point, early on when he was still in Chicago, Willie was hit by a truck. “It cracked up my spine and they told me it would never be healed. So, they put me on disability for life.”

He says, since, his life has been filled with “a lot of pain.” As long as he doesn’t lift anything heavier than him, it’s mostly alright. “But I still feel the pain sometimes,” he says. “Sometimes, when I ain’t doin’ nothin’ but standin’ up for too long … pain be buildin’ up in my side.”

Speed had been in the Section 8 (housing voucher program) in Chicago. However, at one point, as the result of a rising monthly rate and debt that carried over from a previous low-income unit, Speed just couldn’t keep up.

“I was late payin’ my light bill and they turned my lights off and they told me I couldn’t move from one unit to another unit without payin’,” he says. “The bill had jacked up to like $3,037.”

His daughter intervened. “She asked me to come, to see how Milwaukee was, ‘cause I have never left Chicago — you know, that was the first time I had left,” he says, referring to 2012, when he came here for the first time.

Speed was approved for the low-income housing program in Milwaukee; the disposition of his current neighborhood is not lost on him. “It’s been—it was quiet, you know, like it is now,” he says. “The only time it gets noisy, when people movin’ around in traffic, and drivin’ their cars.”

Willie still has some friends in Chicago who he talks with on the phone. But he hasn’t been back since he left. Though it sounds like he’s here to stay — Speed, who’s never owned a home, says he’s looking forward to possibly renting to own — there are still some things left he’d like to see.

Did you find value in Willie’s story? If so, please subscribe to our newsletter; we publish the story of a different Milwaukeean every week.