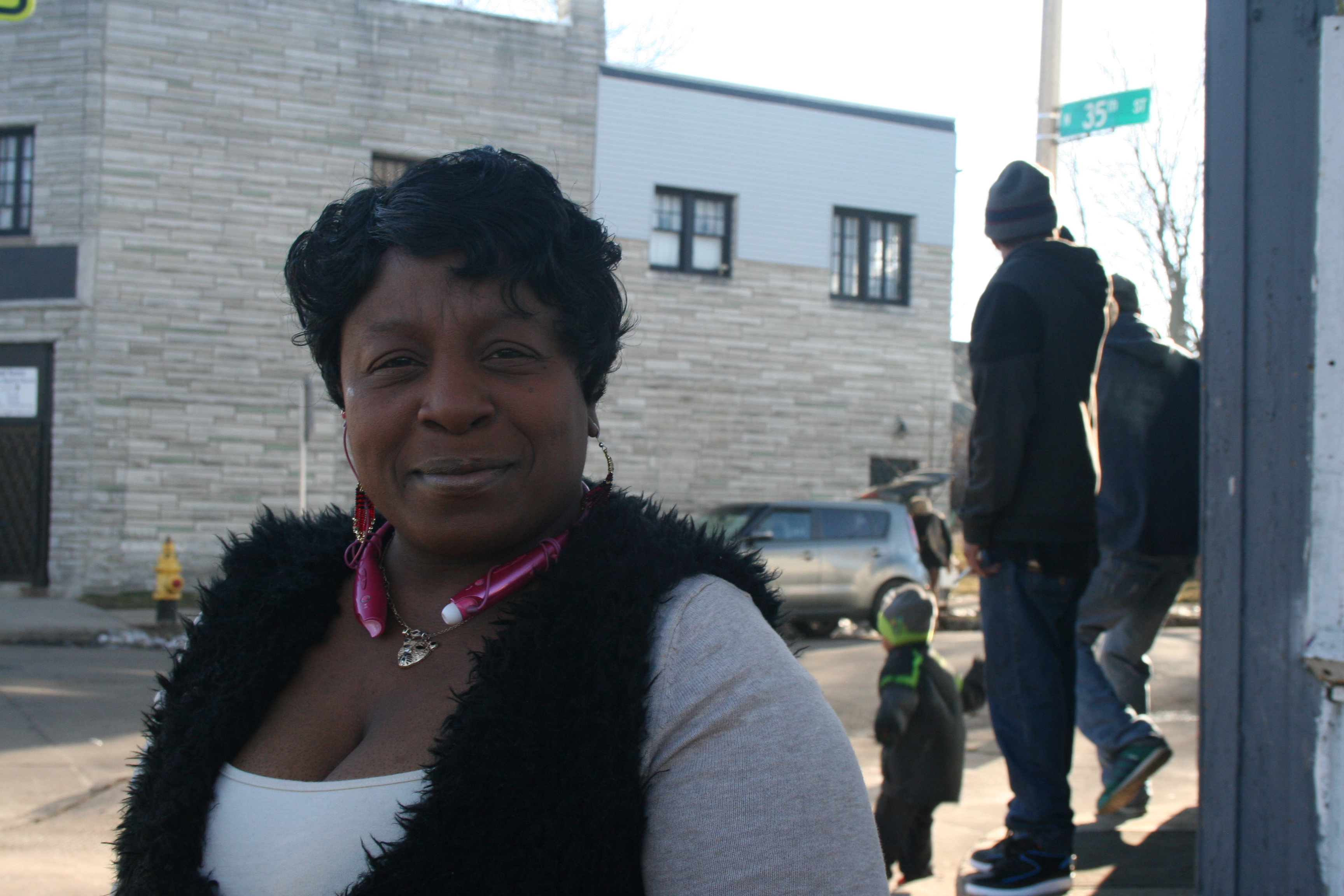 Lisa Keys stands on the corner of 35th and Clarke waiting for a ride on a sunny Saturday afternoon. Keys’ cropped haircut, long, dangling earring and furry black vest adorn her short frame.

Keys was born in Chicago, and attended school there. She graduated from high school — where she says she “did all the normal teenager stuff” — and, soon after, got married. “It was okay. Normal wear and tear, you know how that go,” she says of the relationship.

By that time, Lisa was already a mother, but she’d just lost hers.

“It was pretty sad, because I was younger — I was a teenager,” she says. “But, you know, you either adapt with it or don’t adapt with it. It was either soak in my sadness and my sorrow or take the responsibility of bein’ a mother.”

That period in her life was tough but it was a learning experience, as well. “It made me be the person I am today — independent, outgoing and strong,” says Keys. “I learned … that I can do anything I want to if I put my mind to it. And, that’s what I did.”

That hard-earned experience helped not too many years later, when Lisa was in her late 20s. One day, when Keys was at school, her almost-two-year-old daughter was hit and killed by a city bus. “It was hard,” she says. “She was just a baby.”

Lisa didn’t want to face what had happened. She says she “went through the motions” instead of dealing with it.

“I went through the arrangements, I did everything,” she says “I was there but I wasn’t there, mentally.”

Keys says she “got a reality check” and “bounced back” afterwards, adding that she realized, “I can’t just keep on cryin’ over what was and keep on not takin’ care of my responsibilities.”

So, Keys moved to Milwaukee. The 51-year-old has been in Milwaukee off-and-on since then — she still has family in Chicago — and has five grown children. “I didn’t really find nothin’ — I was comin’ for a motive, and my kids was here,” she says, of her experience in the city. “You know, it’s just a lifestyle — I’m here. I’ve gotta make the best of the situation. I don’t get myself caught up in the street life; I just do my life.”

Lisa, who works for the city as a crossing guard, says she doesn’t let her surroundings validate who she is, but she’s looking forward to a brighter, more stable future.

“I’m excited about gettin’ more money and gettin’ up outta the poverty episode — a better life, a better atmosphere for my kids, even though they’re grown,” and, she adds, “For me (too), you know.”⬩