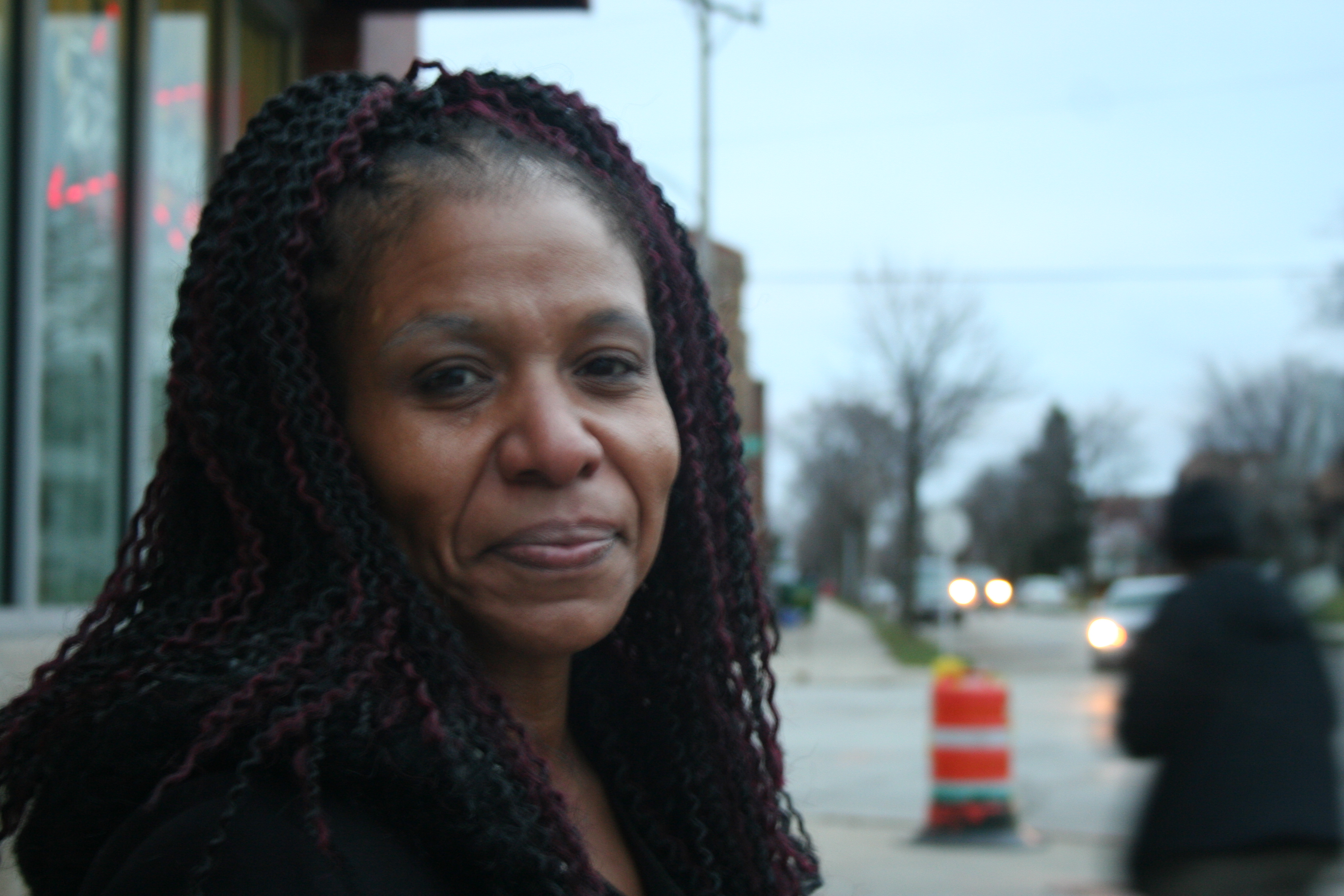 Rochelle Wells walks toward Atkinson Avenue on N. 12th St. in Arlington Heights on a cold, dark winter afternoon. She’s with a friend but pauses for a moment.

“I was born and raised in Milwaukee,” she says. “Here in the inner city — Milwaukee, Wisconsin.”

Wells attended Walnut Street School, Robert Fulton Middle School and North Division High School before being shipped off to Job Corps in Cleveland, Ohio, at the age of 16. Wells, who was studying computers, says she enjoys caring for elderly people, an interest she intended to pursue.

“I was going [to be a] nurse’s assistant,” she says. “But, things didn’t go right, ‘cause my father didn’t want me in the city by myself.”

Rochelle says she had been homesick at first but, eventually, she got used to Cleveland and didn’t want to leave. “I came back here, finished school up here. Then, I got pregnant at the age of 17.”

“I had my child when I was 18. My oldest is Joseph Wells, and my second-oldest is Christopher and I have a daughter,” she says. “After that, everything was pretty good — it was, like, an up-and-down thing.”

Wells calls being a mother “interesting.” “I liked pregnancy more,” she jokes. “I wanted children but I was havin’ ‘em too fast. So, I wanted to space my daughter — after five years, I wanted another child. Now, I’m a grandma of three.”

In truth, she says she enjoyed every minute; her favorite part was the little things. “Gettin’ up, gettin’ ‘em ready for school, buyin’ clothes, combin’ hair — just bein’ a mom, period,” Rochelle says.

She survived with the help of Aid to Families with Dependent Children (AFDC), a program Wells says was “like W2, but … way better.”

“We [got] an income every month to care for our children till we finish school. And, we’d go through, like, college or a trade or something to the point where we’d be able to work,” she says. “But I haven’t been able to work much, ‘cause I have a disability. I have congestive heart failure.”

At 21, Wells married her children’s father, and he helped to care for them, as well. They aren’t together anymore but it’s complicated. “We see each other — we’re friends, now. We’re still married to each other, but we’re just separated.”

He was the one who left. But Wells doesn’t seem broken up about it; she’s considering getting back together with him. “He wants to renew our vows; he wants to get back together — I’m kinda thinkin’ about it. Most likely, I’m gonna say, ‘yeah.’”

Now, Wells is a grandma, but she hasn’t really been able to enjoy it. “I have one grandchild that lives here. Two of my grandchildren live in Texas, because my boys are stationed in the Army,” she says. “I don’t get a chance to see my grandchildren often.”

Rochelle says she plans to move to Florida next year. And, even though that might make matters more complicated, she’s hoping, at some point, it’ll all come together. “I’m hopin’, one day, my whole family just get back together, and stay in one spot,” she says. “I do want to be a good grandma to my grandchildren.”

Did you find value in Rochelle’s story? If so, please subscribe to our newsletter; we publish the story of a different Milwaukeean every week.