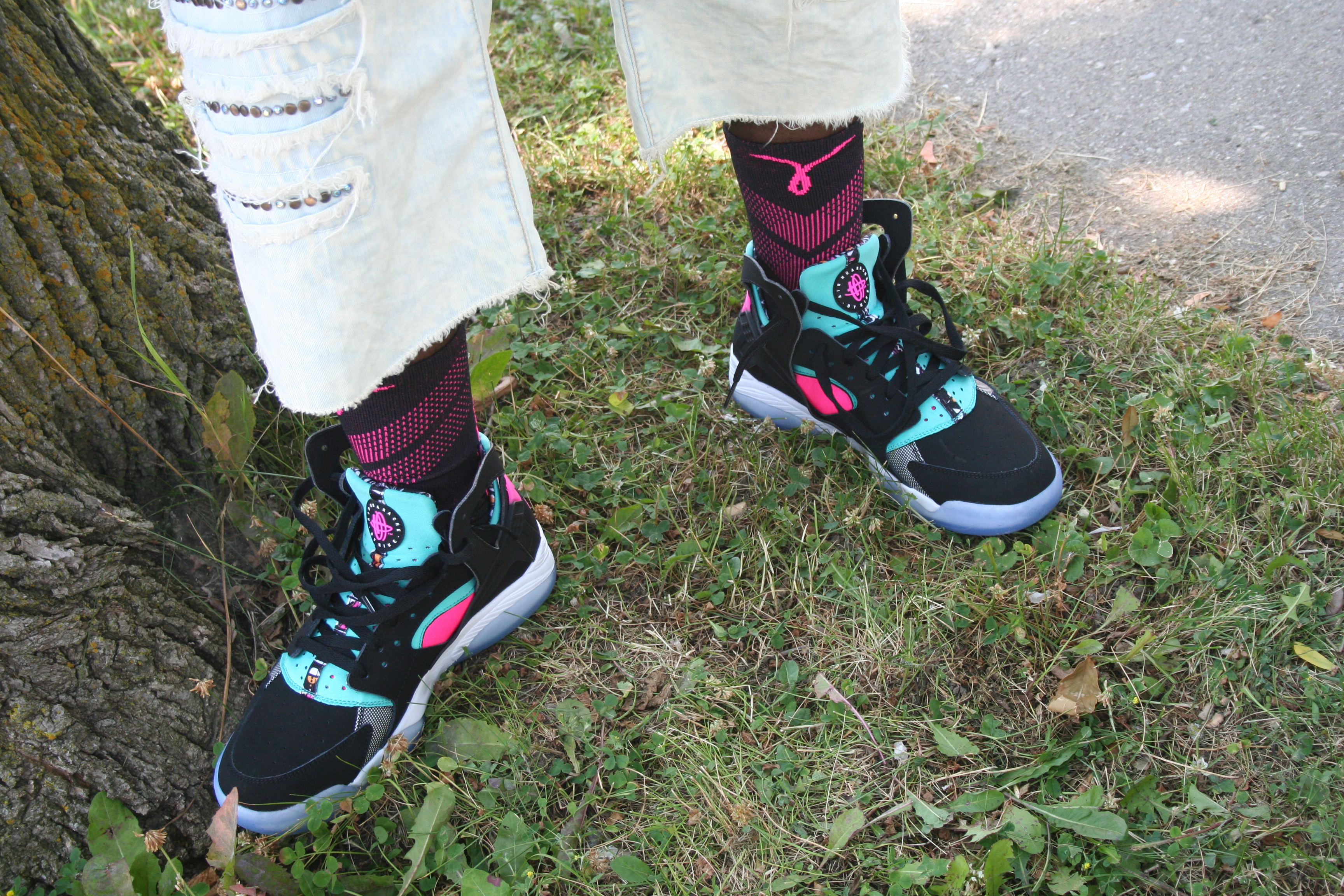 Richie Rich leans against a tree near the corner of 36th and Concordia. He wears a flat-brimmed baseball cap and long jean shorts; a keychain, gilded in gold, hangs from a belt buckle. He’s hesitant to speak and refuses to give his real name.

“All these shootin’s and robberies, I see that shit e’ry day; [people] just only see it on the news — I’m out here in that shit. So, I don’t even watch the news because I see it anyway, face to face.”

Rich was born in Chicago but came to Milwaukee in 1996. He said his mother moved them — him and his six brothers and sisters — to Milwaukee in search of a better life, but they didn’t find it. “[It’s] worse around here,” he says.

They left Chicago to get away from “drugs and drug dealin’” but Milwaukee wasn’t much different. “Shit — it was the same way; no change,” Richie says. “Then, [my mom] got to doin’ drugs, up here.”

Rich, who attended a number of different schools, described himself as “bad.” When asked why, he says, “The area.”

Rich, who went to prison for the first time at 16 or 17, has done five years two different times. He has seven felonies, all for selling drugs, including Heroin. He got out in 2011.

Despite her drug use, he said he can’t blame his mom for where he is. “I can’t say that, because she always took care of home,” he says.

“I chose the street life,” he says.

Since then, they’ve stayed in touch. “We talk every day. I buy shoes for ‘im, cell phone bill paid. I do a lot for ‘im.”

Rich says his experience with his father made him a better dad to his four kids. For him, the best part is being able to see them every day. “That’s a blessin’,” he says. “I ain’t the best dad, because I’m still doin’ bad. But, I showed ‘em different, though. You know what I mean?”

“I wouldn’t never want to see them smokin’ a blunt, drinkin’ or cursin’ — none of that. I’m the total opposite; I do all that, but they can’t do that. School, books, everything, and no street friends — ain’t nobody goin’ out, partyin’, naw — you gotta be different. And, I learnt that from offa my momma’s mistakes. So, I know how to raise my kids better than [I was].”

Richie’s ultimate hope for his kids is a “diploma and a job,” even if it’s at a dollar store. He says, “It’s a job. I ain’t never had a job.”

He says college was never really an option, either. “My only options was I’d be dead before I seen 18, or I’d be in jail for life,” Richie says. “Now, the only thing I did prove them wrong [on] was I ain’t dead … so, that’s cool.”

And, at this point, it’s not like he can just go out and get one — he’s got to worry about staying alive. “I’m in the streets, so I gotta expect that,” he says about the possibility of getting shot. “That’s part ‘a life.”

Besides his other misgivings about work, Richie says he couldn’t do it psychologically. “I like bein’ my own boss,” he says. “I don’t like authority because I’ve been to prison and I seent how they do you in prison.”

“I got five drug cases,” says Rich. “So, I know offa every case where I fucked up at. I know not to have friends, I know not to serve everybody, and I know how to keep your shit to yourself, and don’t be too fancy … just be basic and low, have a better run.”

“That’s what the Department of Corrections has taught me — how to be a better criminal. They did not correct me.”

He says the problem is that everybody is telling the guys what to do but no one actually knows what they’ve been through. “Now, who knows about selllin’ drugs besides a drug dealer or a user?” he says. “They payin’ these folks to teach somethin’ out of a book. You can’t teach nothin’ … if you ain’t lived that life.”

“I had a drug class in jail … I completed the program. But, they sat us all down and asked us what did we learn out the program. Now, me, I’m honest,” says Rich. “I tell them it’s all bullshit — I’m ‘a go home and I’m gonna do the same thing.”

So, whether or not he likes it, Richie is stuck where he is. And, it’s more than slightly ironic, considering what he wanted to be as a child: a police officer.

Besides simply staying alive, Rich is looking forward starting over at some point: getting married, getting a house and getting out of Milwaukee. “That’s the key thing,” he says. “Because if you leave the city, you got a better start outta town.”

Did you find value in Richie’s story? If so, please subscribe to our newsletter; we publish the story of a different Milwaukeean every week.