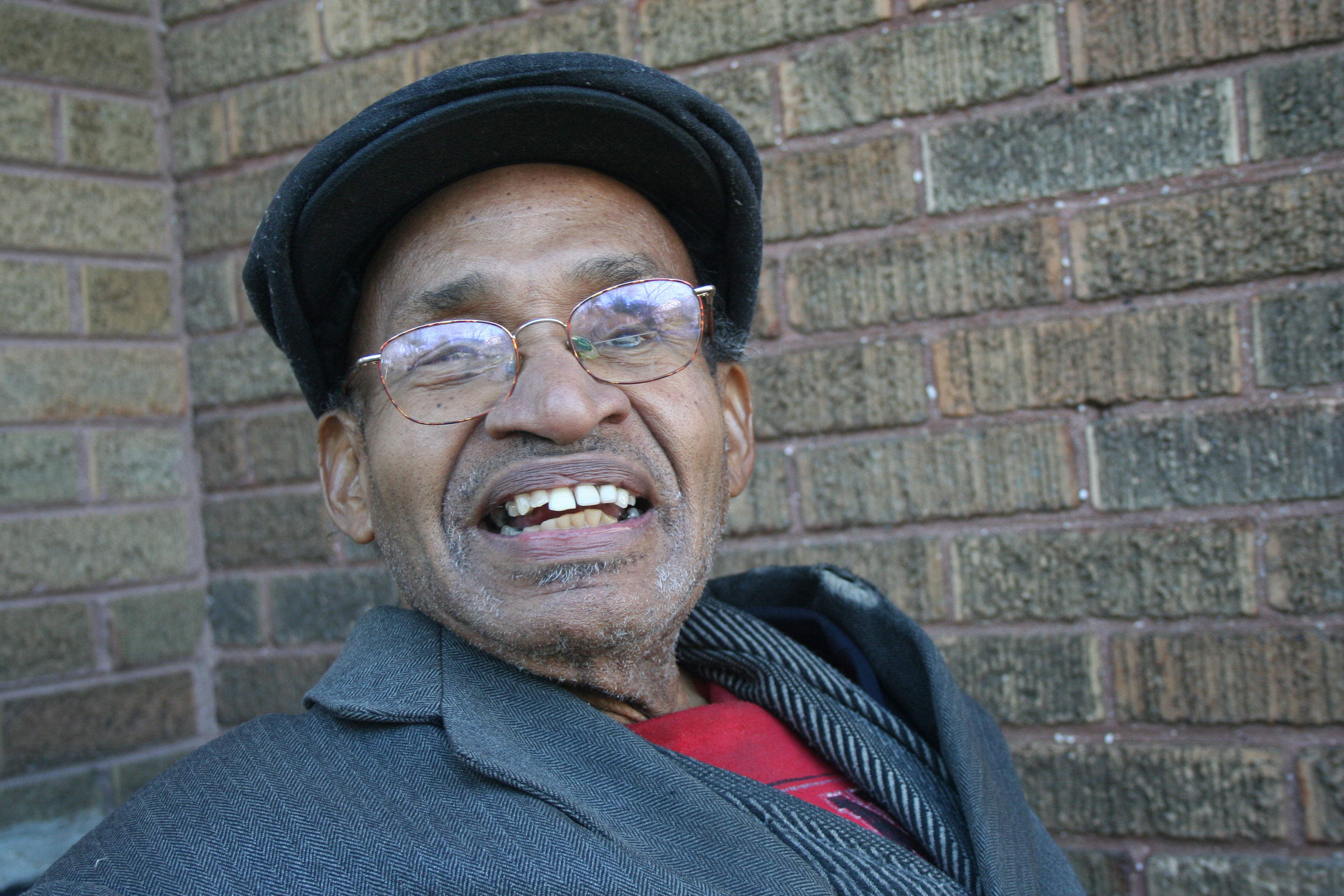 David Cisney lounges on the stone steps of his home in Arlington Heights. He’s resting, taking a break from raking the yard. On this Saturday afternoon he’s getting some work done around the house because it’s the only day he doesn’t have a church-related activity planned.

You won’t often find David sitting still. “I’ve lived a good life,” he says. “You know, when you live in the city, there’s always stuff to do and I can’t understand why the young people today have so many problems.”

Cisney worked for Milwaukee County for 28 years as an accountant but he grew up in Chicago. “It’s interesting. I see the kids, you know, riding these yellow school buses. I can’t identify with any of that ‘cause, where I lived in Chicago, my elementary school was two blocks south of my house, and I went there for 8 years,” David says. “The high school I went to was four blocks north of my house, so I walked there. And, then, my church was four blocks west of my house.”

He lived on old South Parkway, which wasn’t far from the University of Chicago and the Chicago shoreline, where he and his friends would go to the beach. They lived right across the street from Washington Park, too. “All we’d do is cross the street and we had baseball, football, we had basketball, we had … a field house, we had a swimming pool and we had a riding track where we went horseback riding.”

In addition to having many of the institutions he regularly interacted with so close by, Cisney had another advantage. His mother and father weren’t well-off — his mom worked for a department store downtown — but his dad’s job at Chicago and North Western, which operated railroads in the city before it closed in 1995, allowed the family to ride the trains for free.

“My mother got a pass and I got a pass … and, we went everywhere,” he says.

With that pass, he went to Bulls games, Bears games, baseball games at Comiskey and Wrigley, amusement parks, museums, even other parts of the country.

“My mother and I … we went down South and I’ve been to California,” he says. “And it didn’t cost us anything, ‘cause they would give you the pass and you would tell ‘em where you want [to go].”

David would spend time with his parents every now and then — watching TV together, going to a sporting event — but Cisney felt at home with his friends. They were always together, and always doing something fun. “I was an only child but I was never a lonely child.”

“I had a very good childhood,” he says. “It would be seven or eight of us, all together, at all times.”

“When I was seven years old, I looked at the flag of the United States and said, ‘I want to visit the states represented by the stars.’ When I came back from Honolulu, Hawaii, in 2007 … I had kept my promise,” he says. “I looked at the flag and I said, ‘I have accomplished my mission.’”

“It’s taken me a lifetime.”

Cisney was able to check off many states by taking two-week tours of different parts of the country, down the east and west coasts, in the mountains and across the Midwest. He says his favorite state was California, citing the many amusement parks and family that live in the Bay Area.

But, he didn’t stop there. “Would you believe it, I’ve been to the Middle East three times. I’ve been baptized in the Jordan River, where John (the Baptist) baptized Jesus, three times.”

David, who is very involved in his church, says reading the stories in the Bible and then visiting the places where they happened have helped him to identify with those stories even more. “Today, the scriptures mean a lot to me because I can relive all these places; and I’ve been to Mt. Calvary … and I’ve actually seen the three holes in the ground where the three crosses once stood,” he says. “I’ve been in the garden tomb, and I’ve seen the places that are talked about in the Bible … so, I can relate.”

He says, “I enjoyed the Middle East.”

Cisney has also been to London and Paris, he’s met Barack Obama, has looked over D.C. from the Washington Monument and even met a couple from Madison on the top of the Eiffel Tower. He’d still like to visit South America and Africa, though.

David says it’s important for young people to get out, have things to do and be able to explore the world around them. It makes the world more real, he says — and, the similarities are that much easier to see.

“In the Holy Land, they speak three languages: Hebrew, Arabic and … English,” he says. “And, they drive on the same side of the road that we drive on.”

But he adds, “I wouldn’t want to be a teenager now.”

“They seem like they don’t have enough to do and they have to get involved with crime and everything,” Cisney says. “We never thought about that.”

Did you find value in David’s story? If so, please subscribe to our newsletter; we publish the story of a different Milwaukeean every week.