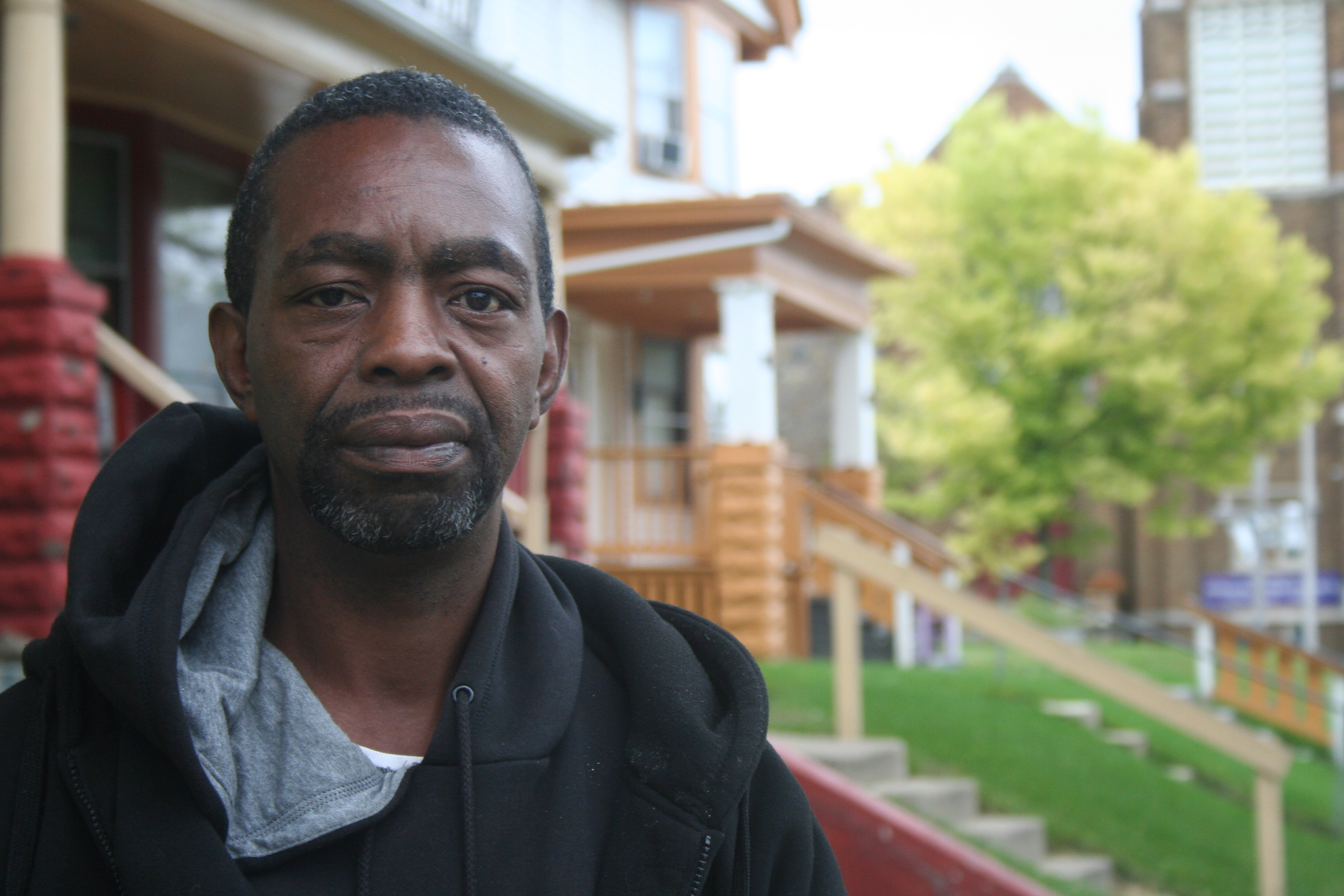 Jonathan Groves walks down West Locust Street, toward 19th, carrying a big, black garbage bag filled to the brim with clothes. Groves, who was born in Milwaukee, wears two large sweatshirts, one on top of the other, both draped over his slight frame. Hephatha Lutheran Church looms behind him.

“I grew up on the north side of Milwaukee; King Drive, 7th and King Drive,” he says. “I had some good parents and went to school — didn’t graduate. Church, you know, um. Then, as I got older, drugs, alcohol. But thank god I ain’t on that no more.”

His parents were both Christian. “My father drank but he was a good man. He worked in the foundry for like, I think it was 28 years before he retired. My mother was a, um, she worked at the hospital,” says Groves. “Both of ‘em is dead, passed away now.”

Groves went to Bay View High School because of busing practices that were meant to integrate schools. But, in actuality, he encountered a lot of racism. “People callin’ you ni**er, shootin’ bricks and stuff at you, you know — stuff like that,” Jonathan says. “I think that was a reason a lot of people didn’t graduate, because we was scared. We didn’t want to go to them schools.”

Before the end of 10th grade, Groves dropped out. He ended up going to a vocational work service, instead. “I worked there till I was like 17 and then I went to work on the weekends where my father worked at. Saturdays and Sundays I’d go in the foundry and clean up. And, then, after that, when I turned 18, uh, I worked there.”

“I liked it … I was around people, older guys. You know, they had jokes and they worked you, worked you good,” Jonathan says with a laugh. “It was just a lot of fun.”

“There wasn’t no racism or nothin’. You know, everybody had fun and it was good.”

But it wouldn’t last forever. The foundry had supported Jonathan’s family for almost 40 years but, after being there for nine himself, it closed. “After I got laid off, it was hard to get a job,” he says.

“I started drinkin’, and then, after that, I messed with cocaine. Then, I started messin’ with crack. Basically, that was it. I haven’t been on crack … it’s been about six years since I’ve been clean.”

He says, “I think I was depressed I didn’t get a job and I wanted to fit in with the people that I knew.”

Eventually, though, Groves “just got tired of it,” he says. “I got to the point where I didn’t want to go around my family … and, you know, you’ll be hungry and that crack — you’ll walk past a whole table full of food just to smoke crack.

“And, one day, I was over at my friend’s house — I spent the night, I was smokin’ crack. Anyway, I got up one mornin’, off the floor — I would sleep on the floor — got up and somethin’ fell, somethin’ was in my pants. My underwear had fell down in my pants, I had lost that much weight — I was really thin from that crack. My underwear actually fell off me.”

“That was it,” Jonathan says. “I didn’t turn it around right away but, you know, that was it.”

Now, Groves, who was one of seven kids, has a bit of his own family — a daughter and three grandkids. Though it’s not his daughter’s mother, he’s engaged, as well. Jonathan’s working again, too, and he helps out at the church.

He says he likes being a grandad. “They call me Paupau.”

“I got my grandkids at my house waitin’ on me now.”

Did you find value in Jonathan’s story? If so, please subscribe to our newsletter; we publish the story of a different Milwaukeean every week.