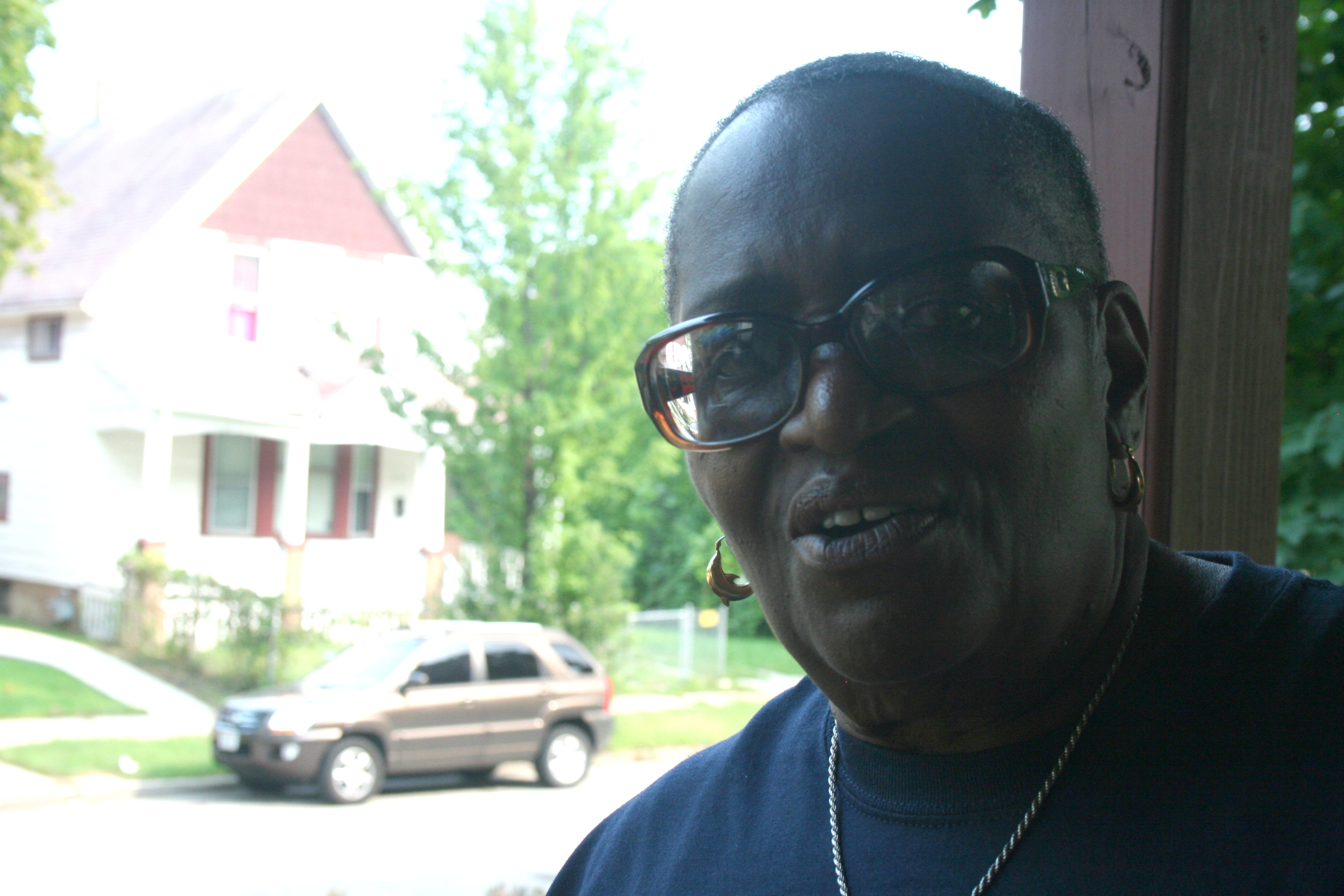 Bessie Jeter leisurely drags on a cigarette while standing on the porch of her longtime home on the 3700 block of North 2nd Street. She wasn’t born in Milwaukee but she’s been here for more than forty years.

“I was born in Mound Bayou, Mississippi,” she says. “It wasn’t bad. I grew up, I learned how to work hard, I picked and chopped cotton until I was 18 years of age and I left home when I graduated from high school.”

“We were farmers,” Bessie says. “You know, we were … there were 11 of us, children, plus my parents. And, so, my father, or we, had several hundred acres of land, you know, so, everybody had to do what they had to do when you got old enough to do it. It was good work, it didn’t hurt you any, we learned values. Out of all of these children, ain’t nobody been to prison or jail. Now, ain’t that somethin’.”

Jeter says she had a good childhood. She left at such a young age simply because, “I was tired of what I was doing,” she says.

Bessie set out for Iowa, where she and her siblings would eventually settle their parents, lived there for four years, married and came to Milwaukee in 1967.

“I worked at the telephone company from ‘68 until I retired in ‘95,” says Jeter. She started as an operator and ended up working other clerical jobs.

Bessie, who’s almost 71, had little time to enjoy her retirement. In 1998, she went back to work on Saturdays and Sundays for U.S. Bank.

“I had a girlfriend that worked at the bank and she kept buggin’ the crap outta me, ‘Oh, Bessie, come on, it’s only two days a week! Come on.’”

Jeter adds, “she was there about two or three years after I came and I’m still there.”

Though she met “a variety of nice people” at both places, the work wasn’t anything spectacular. “Now, say that again?” says Jeter. “Enjoyed? …”

Jeter has a very business-like approach when it comes to work. “Oh, you got to, you got to,” she says. “We grew up workin’. We’re not afraid of work. You do what you [have to] do.”

“You know, once you start doing something and you’re making additional monies, then you do things differently all around, in your life.”

Bessie’s parents lived into their late years — both were over 80, and her mother was 99, when they passed — which allows her to look forward to, hopefully, many good years ahead. “They weren’t young people and you’re gonna die, so it was not traumatic,” she says, saying, at that point, death is more of a celebration. “It has to be — it has to be. Because they had a great life.”

But, for this near-retiree, whose 47-year-old daughter and 18-year-old grandson live with her, there are still memories to be made. “The only thing I’m excited about right now is not gettin’ up and goin’ to work on Saturdays and Sundays. I bowl two days a week — I’m definitely lookin’ forward to that. The season has begun; I’m ready.”

Did you find value in Bessie’s story? If so, please subscribe to our newsletter; we publish the story of a different Milwaukeean every week.