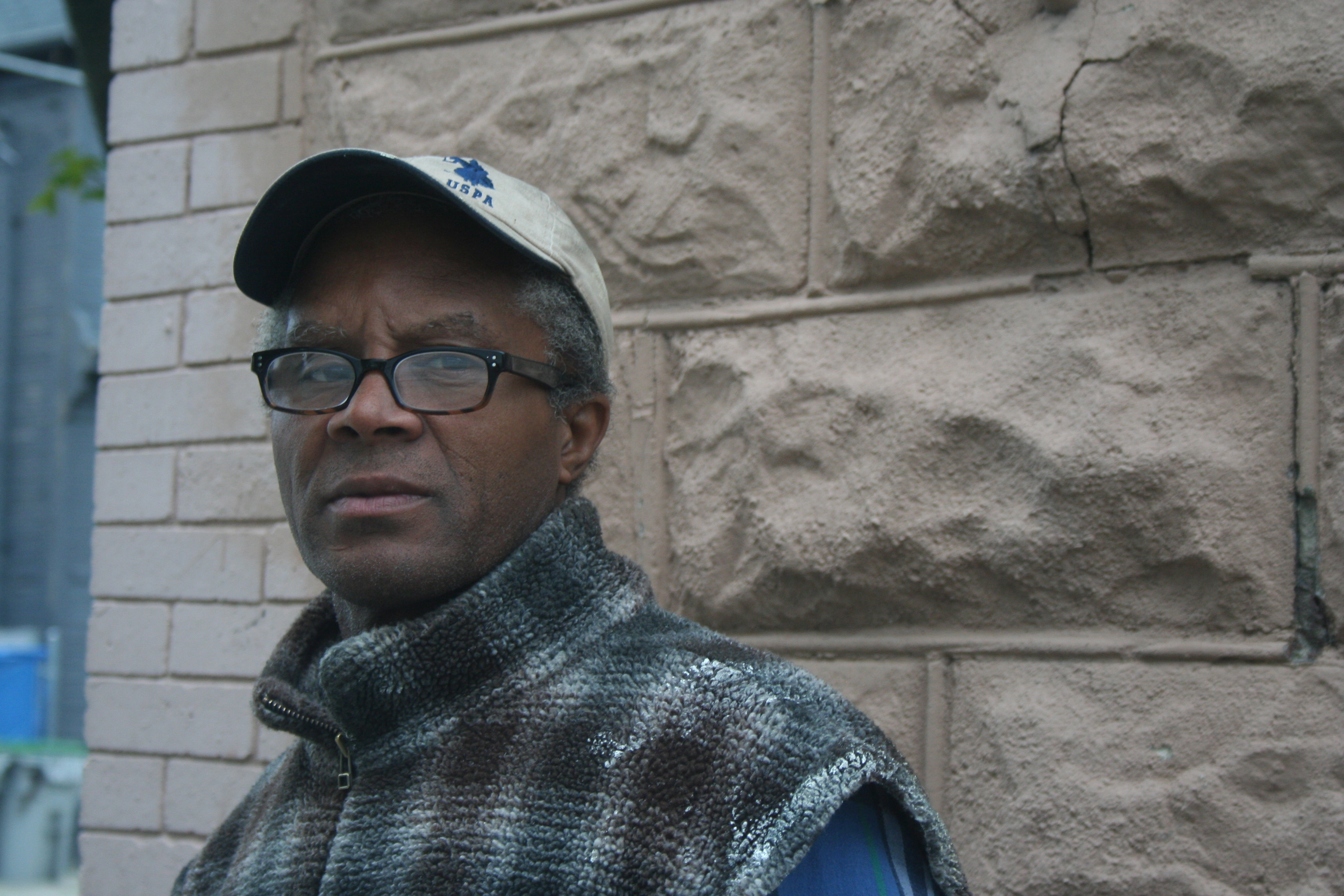 Art Brown walks down the middle of a trash-strewn alley south of Locust Street between 17th and 16th Streets. Brown just came from the corner store on Locust; with concern and disapproval in his voice, he gives a warning to the young men hanging around the spot.

“If I come up in the store, you don’t know me, how you wanna ask me do I wanna buy some weed or some drugs? What the fuck wrong with you?” he says. “You don’t know if I’m the police; you don’t even know me! You know, you’re puttin’ your future in the justice department — that’s where your future gonna be at.”

Art knows what he’s talking about. He spent almost 17 years in prison, until he was released in 2009. “I don’t commit crime no more, man,” says Brown. “I’m just tryin’ to live a better life, that’s it — nothin’ other than that.”

The 55-year-old is a native of West Memphis, Arkansas, and came to Milwaukee when he was about 11. “My mother, she was havin’ problems with her love to be when I was a kid,” he explains. “[He] used to beat on my mother so my mother left him and I grew up, partially, with my grandmother. And, then, I came here.”

“I grew up in the other part of the ghetto,” near Walnut and Vine, Art says, adding that he’s always been a bit of a loner. “I do me, you know what I mean.”

But, by the time he got to high school, keeping to yourself didn’t quite do the trick. “Hamilton (High School) was a little bit racist,” he recalls. “Teachers were always tryin’ to, like, get in your face, you know, with that, uh, the seatin’ shit. If I come into class and this is my seat — I’ve been sittin’ here for a while, why you gonna let some other guy come in there and he gonna sit in it, but he’s a white guy?”

“It was a headache but, you know, when you tryin’ to get a little fat on the brain, you gotta look past that.”

Still, Brown says he likes Milwaukee because, despite some of the crime that occurs, there was more crime in The South — he says there’s more financial difficulty, there. But nowhere is worse than in prison.

He says, “I’d rather deal with the violence out on the street than deal with it in jail, ‘cause in jail you ain’t got nowhere to run! Every time you look up maybe somebody want to try to stab you or maybe they want to rape you and all that type ‘a shit.”

A lot of the inmates, Art says, are in emotional pain, the same kind of pain he was bent on avoiding, the kind of pain you get from being forgotten. In his case, it was a fear of missing his mother’s funeral that made him do some thinking.

“That’s a thing right there (missing a parent’s funeral), that’d cause you to be violent toward other inmates because you’re lashin’ out. And, when you’re lashin’ out like that, it don’t make no sense because that person never did nothin’ to you. So, you just harmed somebody for no reason.”

So, when he got out, Brown decided he wouldn’t be going back. Now, he works in maintenance and does handiwork — in fact, he’s helping a friend fix up a big gray building on the corner of 17th and Hadley. Art has even traveled all the way to Green Bay to find honest work, commuting from Milwaukee.

What he doesn’t have patience for is young men trying to show off.

“You can walk right over there and look on that ground, you’ll see a shell. Yeah. I mean, they do that around here. Just always shootin’ — seems like every other night, you hear somebody shootin’. I don’t know if it’s gang violence or just someone showin’ off because he got a pistol. Young people tend to do that.”

Again, it’s a reality Brown knows too well. He says he had a couple drug cases back when he was a young man. And, as far as why he was in prison, he says, “I killed somebody.”

“Someone … rubbed me the wrong way; [I’ll] put it that way,” Art says. “That’s a ghetto terminology that a person tried to harm you or just tried to do something to you, period. And, I shot ‘em.”

So, now, Brown is back to keeping to himself. “I stay away from ‘em, mind my business. You know, if you mind your business you virtually don’t have problems with people.”

These days, he’s more worried about the alleyways that have become dumping grounds for mattresses, trash bags and old furniture.

And, as far as the future goes, well, he might just get lucky. “I play the lottery a lot and I feel I’m gonna get lucky one day. I said, ‘I’m gonna be the first black man on the North Side [to] win the jackpot or the Mega Millions.’”

“I tell all my friends that all the time,” he says, laughing.

Did you find value in Art’s story? If so, please subscribe to our newsletter; we publish the story of a different Milwaukeean every week.