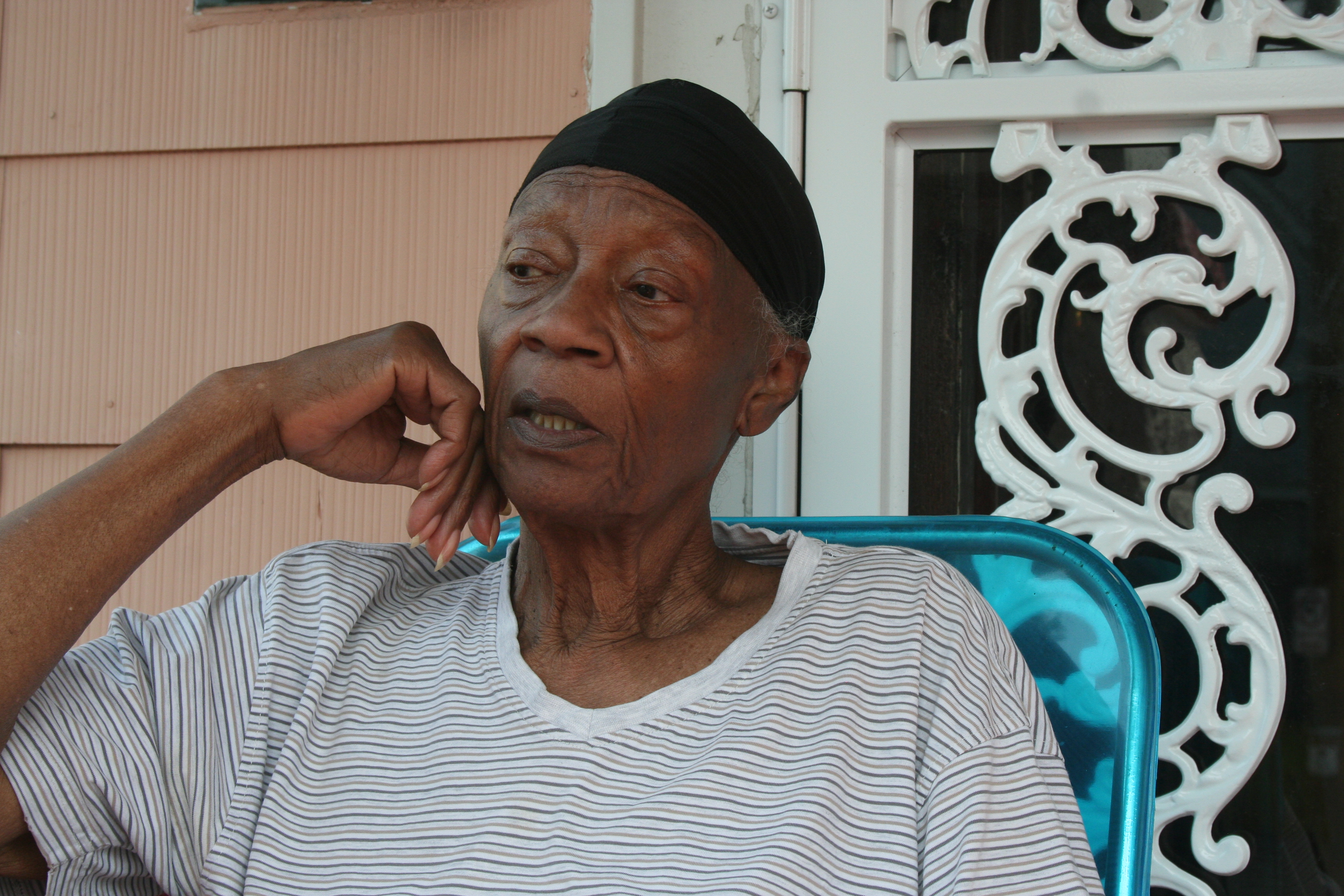 Norma Wheeler sits on the front port of her home in Williamsburg Heights. Wheeler raised all of her children in the house, located on a one-way strip of 2nd Street, where she’s lived for more than 50 years.

“I’ve been livin’ in Milwaukee all of my adult life. I raised all of my kids here, in this particular house, and I get along with my neighbors pretty good,” she says.

Though Norma, who’s in her 70s, has been here for almost as long as she can remember, her childhood was spent in Arkansas. “It was like any other poor neighborhood that I lived in,” she says. “There wasn’t much to do, wasn’t no work to do so you just had to go to the field and do what you could do to earn some money.”

The place she lived was short on opportunity, especially for blacks. The work in factories or saw mills that was available usually went to the men; women were left to do housework or work in the fields. “It was just another southern town. Prejudiced, as usual — can’t leave that out ‘cause that was the biggest part.”

What did it look like? “You really couldn’t probably comprehend what prejudice is unless you lived in that environment,” says Wheeler. “There was a few good white people. Most of ‘em wasn’t. They owned everything and, you know, they wanted respect but they didn’t want to give you any.”

“I made it for a while and I, eventually, left,” she says.

But there was some of that everywhere, not just Arkansas. “I don’t know if you know how they used to treat people,” she says. “You know, the blacks was the lowest paid and [had] the hardest work.”

At first, Wheeler’s husband, who she had met in Arkansas, was the only one working; she stayed home with the children. But, eventually, that changed. “With six kids, it takes quite a toll on you with one income comin’ [in]. Even him bein’ a male, he wasn’t makin’ a lot of money, so.” “At the time … that wasn’t enough. So, I got out and I got a job, too.”

“He was a good guy,” says Norma, referring to her husband. “I mean, he liked to, like anybody else, got freedom, he liked to go out and party. But he never really wasted the money. I mean, you know, he had money to go out but he [was] takin’ care of the house.”

She said he never spent too much on himself and, if he had, she wouldn’t have allowed it. “If he had to do that, I didn’t need him — he had to go.”

Eventually, though, he got sick and was diagnosed with cancer. “It wasn’t too bad, money-wise ‘cause he was gettin’ … some money,” says Wheeler. “He had good insurance [at his job] and I still worked for a while until my job that I was working left town.”

As he got worse, he needed around-the-clock care so Norma quit her job to care for him. “It was hard,” she says.

By then, the children were all out of the house and on their own. But they took the time to help, something Wheeler is grateful for because, at that point, their father had trouble even with routine tasks. “I don’t have no grief about ‘em,” she says about the kids. “They took care of themselves and they helped me with their daddy.”

And, in general, she is proud of her children and what they’ve accomplished. “Most of ‘em had some common sense. I mean, they was raised accordingly [to] … go to school and do the best you can. And, for the most part, that’s what they did.”

And, the future for Wheeler, as has been the past, is in this house. “It needs some love and care — it needs some work done around here — and I intend to get that done,” she says. “And, once I get that done, if it’s time for me to go, I’ll go willingly. Not that I could stop it, you know, but I would go willingly. I’ve … done what I wanted to do.”

Did you find value in Norma’s story? If so, please subscribe to our newsletter; we publish the story of a different Milwaukeean every week.