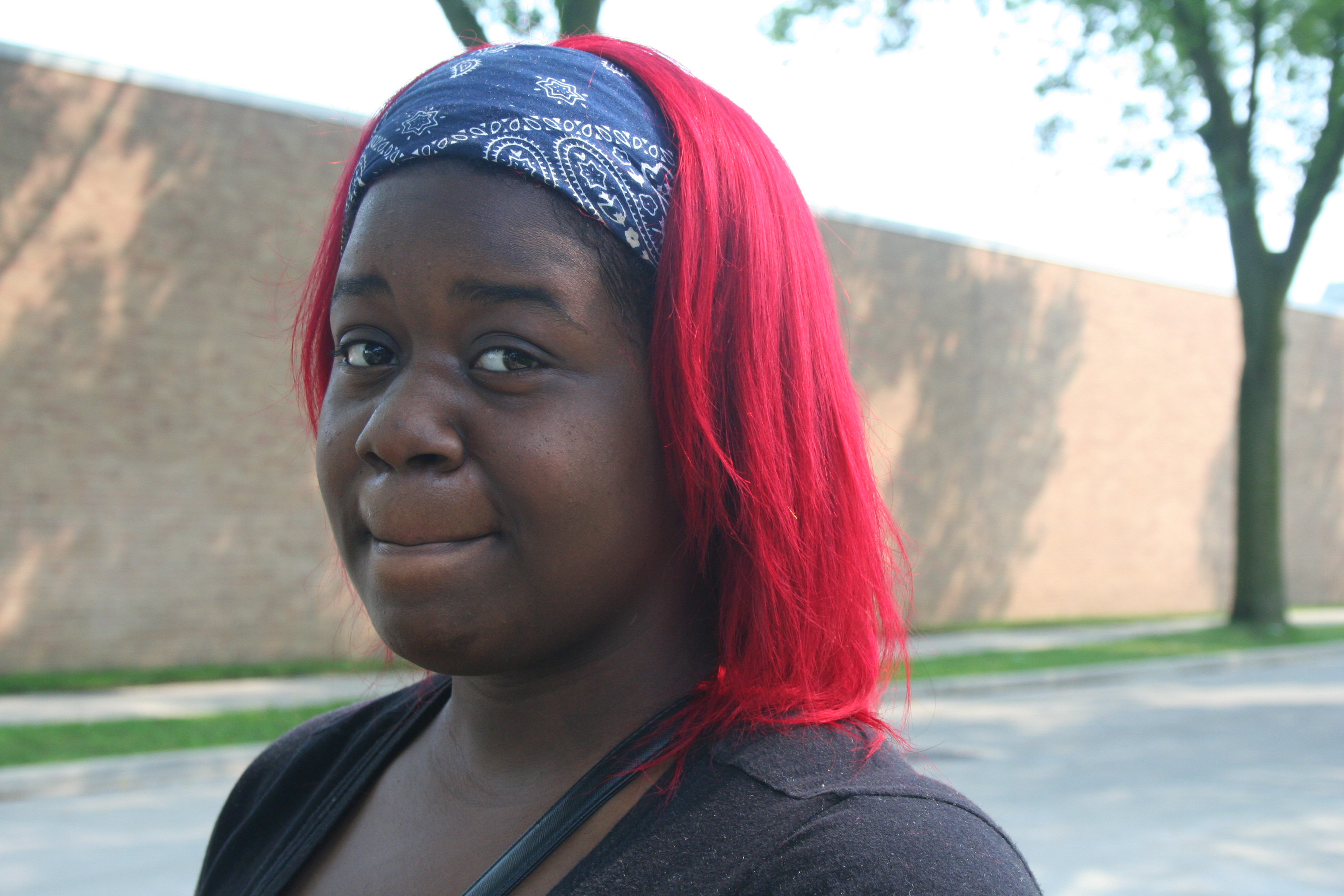 Monica Jones walks, unassumingly, down the 3800 block of 3rd Street on her way back to the house she’s lived in since April. From the outside, the 18-year-old with bright red hair seems anything but reserved; still, at first, she avoids eye contact.

“I’m kind of going through a tough time,” she says. “I lost two people two days ago. I’ve been losing a lot of people in Milwaukee, a lot of my family and stuff. It’s just a tough time for me, right now.”

Before moving to Williamsburg Heights, where the block she lives on is “very calm,” Monica lived near Holton Street and North Avenue. “It was nice over there, too,” says Jones. “But we stayed in, like, the low numbers all the time, the hood — 10th and Center. We just stayed in the hood.”

It’s all she’s ever known but Jones says she loved it. “You could go have fun, you could go play without having worries … you had friends.”

Then, in 2006, Monica lost her grandma and two uncles when they were murdered in a home invasion. “Ever since then, Milwaukee got worse.”

Despite having her at a young age, she says her parents have done a good job with her and her two younger brothers. “My parents are excellent. I love my mom, I love my dad.”

But when Monica was 11, her parents divorced. “After the breakup … it just, everything went south,” she says.

Jones spent her first year of high school at Vincent and then attended Clara Mohammed School on 3rd and Wright for her last three. “It’s an excellent school; I love school, I love my principal — it’s like it’s a big family there. And, that’s what really made me get myself together, because of the school. The school, the environment, they just, they teach you how to … respect others, they disciplined you a lot.”

She graduated at 17 with a 3.6 grade point average. But, these days, Jones, who’s been working as a janitor through a temp service and had worked at Denny’s until recently, has one thing on her mind. “I’m just tryin’ to go to college and get out [of] Milwaukee,” she says.

“Milwaukee was a great place, at first, and now it’s just, it’s so depressing here — it’s sad,” Jones says. “You can go certain places and still be happy but … growin’ up in the hood and stuff like that, it’s just, it’s depressing because, instead of sayin’, ‘See you later,’ you’ve gotta say, ‘Be safe.’”

And, for Monica, that fact has hit close to home, increasingly often. “Every day is not promised,” she says. “A lot of the youth around my age, a lot of my friends have passed away. This is my third friend this year that passed away.”

There are still “a lot of good-hearted people” in Milwaukee, she says, but there’s also a poisonous spirit of jealousy and discontent. “It’s like no matter how happy you want to be or how happy you might be … somebody’s gonna try to take that from you just because you’re smilin’.”

“Nobody wants to see somebody come up,” she says. “Either you’ve got something that they want and they’re gonna take it from you, or they kill you, or they rob you, or try to hurt you.”

Jones says she doesn’t even watch the news anymore because it’s too depressing. “You have to be positive because there’s so much bad around.”

“It’s like you can’t go live your life, you can’t go have fun, you can’t meet new friends, you can’t do none of that in Milwaukee,” she says. “I work a lot and I’m just tryin’ to get that money to where I can get out of Milwaukee.

Did you find value in Monica’s story? If so, please subscribe to our newsletter; we publish the story of a different Milwaukeean every week.