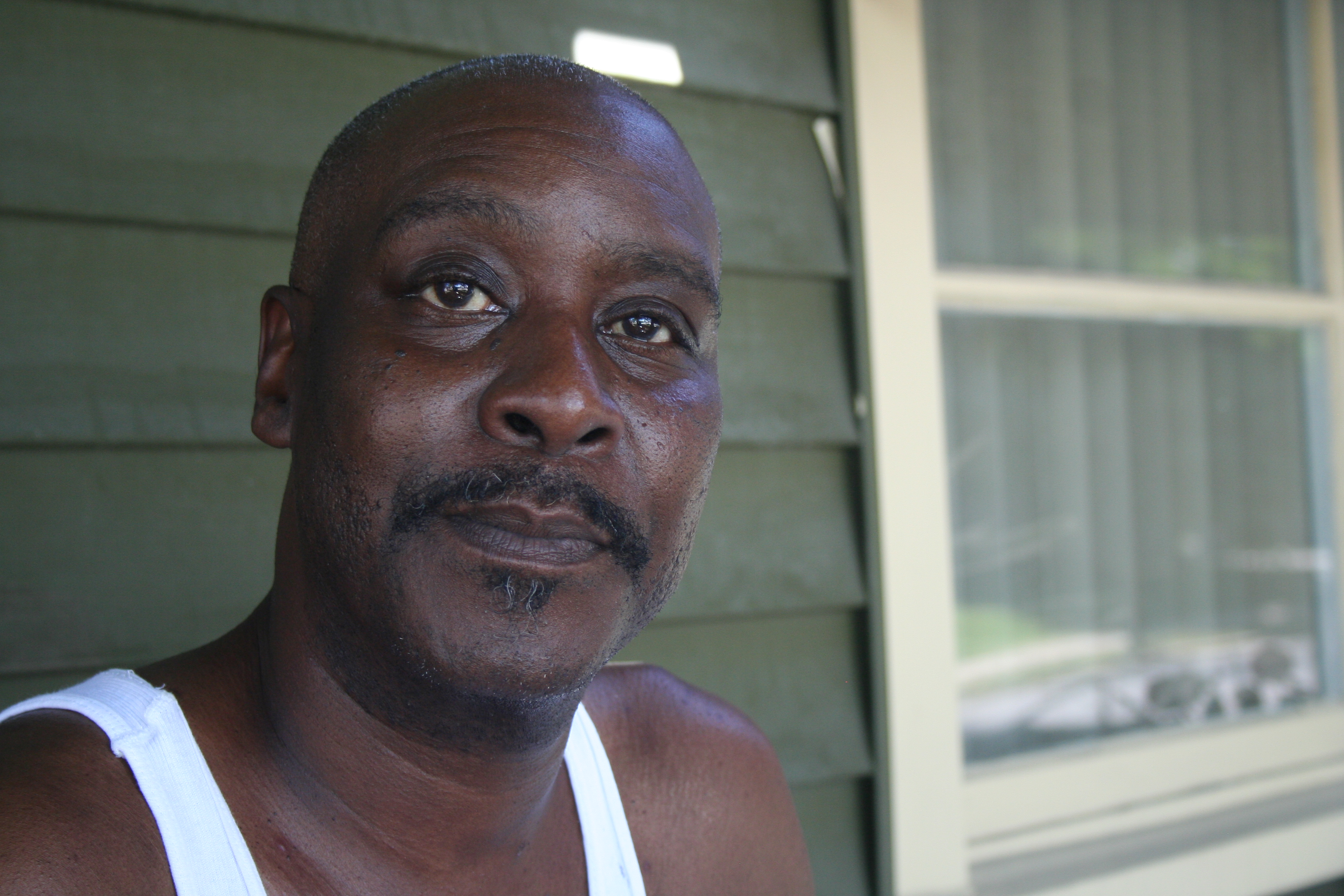 Ray Williams Jr. sits on his porch on the 3200 block of North 37th Street in a white, tank-top undershirt, holding a half burnt cigarette. The 49-year-old blues guitarist lounges in a chair as he recalls his playing days in Milwaukee.

“Hooligan’s, Murray’s Tap, Central Hall, Chancery Pub, Liquid Johnny’s. I done played with Billy Flynn, all them guys, you know, Eugene and the Soul Gang, Stokes and Eddie Butts, Jim Liban, Mississippi Cactus — that’s me, 38 years of it,” he says.

Williams, who was born in Memphis, Tenn., has lived in Milwaukee since he was young. “I’ve been here all my life, all but two years,” he says. “I consider myself as a Wisconsinite but the blues was just there for me, man.”

“My dad, he played a lot of blues guitar,” says Williams. “Then my brother, my oldest brother … he used to play a lot of Sly and the Family Stone and stuff, you know, the double-necked guitar.”

“You know, the low-down blues is good but when you can hit a note like B.B. King, Freddie King, Stevie Ray, dude — hello!”

That first show was at an east side club called Begga’s. It’s the same place he would meet his wife about 13 years later. “Twenty-four years ago,” says Williams. “I was doin’ a show … and the bar was full. She came down there with about 12 friends of hers.”

“Even the band members … they were buyin’ her drinks. And, normally I was able to run a tab at the bar and the bartender [says], ‘Oh, no, we’re not gonna run no tabs tonight,’” he says. “I couldn’t even buy her a soda.”

“So, about two hours into the show, we’re playin’ some blues — I mean really deep, some B.B. King-type shit — and somebody just walks up and catches me in the groin … and the whole band stops. And, it gets quiet in the bar.”

“I’ve been with her ever since,” Williams says. “She keeps my head above water even though, some days, I feel down and out, you know. ‘Cause I feel … that I should still be out playin’ music.”

Then, in 1996, an accident at a sawmill where Williams was working ended with him cutting three tendons and two nerves in his guitar hand. “I went to push the board through and … my hand kept right on goin’. I grabbed my fingers and I took off runnin’ to the hospital,” he says. “A doctor told me I’d never play again.”

Though he didn’t play much for a few years, Williams wouldn’t give up his love for the blues. He got himself a different guitar and just kept on playing. “I haven’t been able to put it down,” Williams says.

But he doesn’t play the clubs anymore. Williams, who has had two heart surgeries, says it’s less about health concerns than it is worries about violence or being robbed.

“You know, back then, you could play your blues, your music or whatever — you felt safe. But, now, I sorta just jam a little bit here at home or when I’m around my family … ‘cause nowadays it’s just not that anymore.”

Regardless, Williams’ future is still in music. “A lot of people, they’ve got me teaching their kids how to play music and that’s what I want to keep doin’.”

Williams says he gets a lot of questions from parents about why he doesn’t charge and some even try to sneak him money. But, for Williams, it was never about that.

“I never went to school so I never had to pay for it,” he says. “I was gifted and I want to give that back. That’s all I want to do is just give it back.”

Did you find value in Ray’s story? If so, please subscribe to our newsletter; we publish the story of a different Milwaukeean every week.