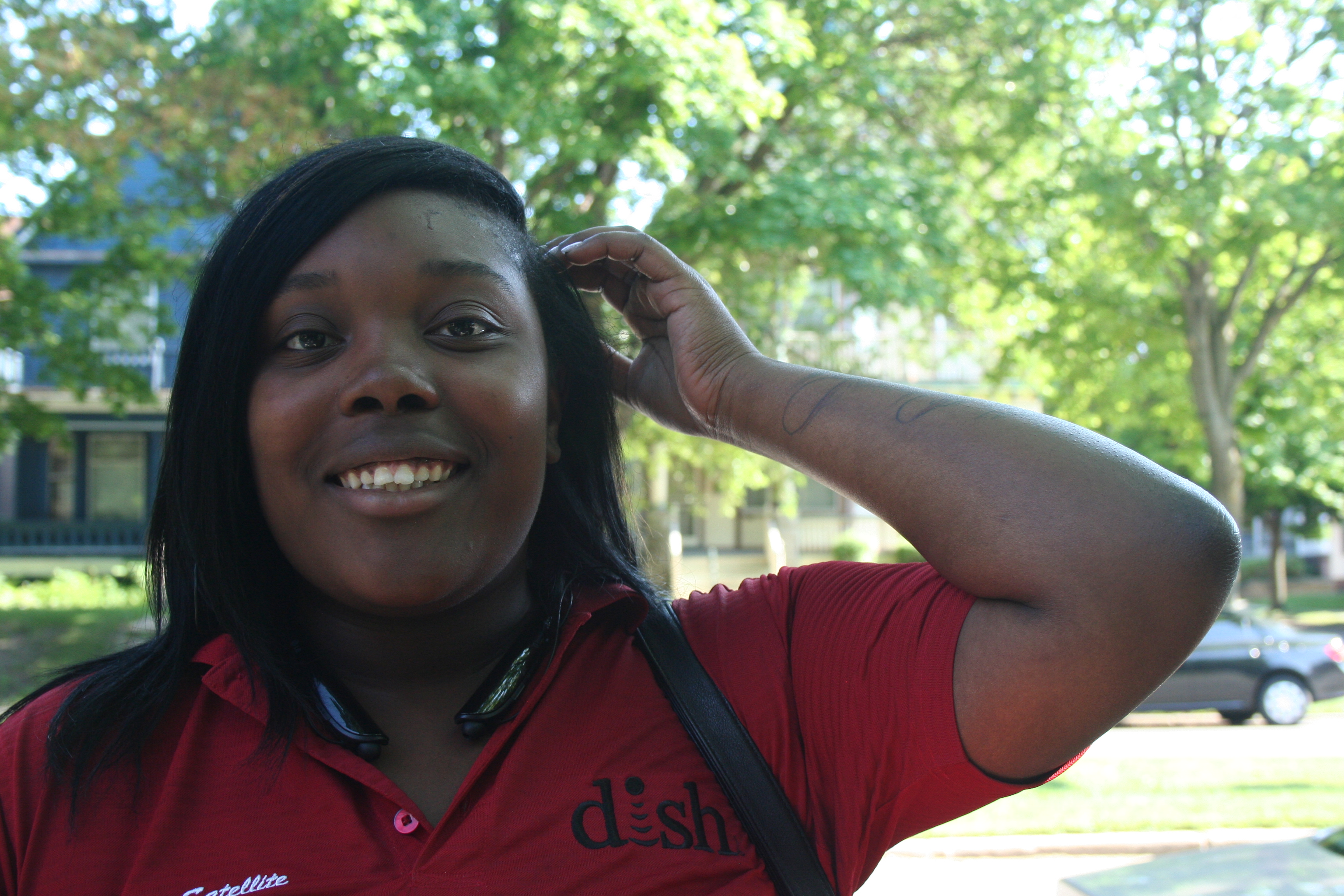 Brandi Elam walks down a quiet, sunlit stretch of West McKinley Boulevard in Cold Spring Park, earbuds in, music playing. Elam, who was born in Milwaukee, grew up near 76th and Hampton.

“It was kind of dangerous. Every now and again, my grandma would get robbed in the alley or something,” she says.

“I was younger so I wasn’t really affected by it,” says Elam. “Our parents [didn’t] really tell us what was going on until we got older.”

At the same time, she says it wasn’t “that bad.” It’s not like the kids — she has two older siblings — weren’t allowed out of the house, their parents just wanted to know where they were if they left the block.

“It was just [that] we had to be a little more cautious.”

Then, something happened that changed her parent’s minds. “My sister and brother went to Bradley Tech and their last week there some kid brought a gun to school and they were in my sister’s class,” she says.

“That weekend, Christmas weekend, we packed everything up and we left,” says Elam. “I haven’t been over there (to her old neighborhood) since.”

The family moved to Green Bay, where Elam attended high school. “I feel like [there] was a lot more race [division] up there. A lot of people would look at you kind of weird,” she says. “All the black people knew each other.”

“It was a really tight-knit community amongst the minorities but then everybody else was like ‘uh uh.’”

Green Bay also had its benefits. “It’s not as violent there,” says Elam. “You can tell the difference — it’s like stepping into a whole ‘nother world, to be honest.”

After graduating, Elam came back to Milwaukee to attend UWM but left the school after a year. “It really wasn’t that different than high school,” she says. “It was okay, I guess.”

Elam says she’s going to go back to college eventually but it just didn’t make sense at the time. “I like working more than school — I’ve got to eat,” she says. “[You] can’t eat textbooks.”

Currently, she’s working at Dish Network but Elam says has done a little bit of everything. “If you name it, I’ve been there, I’ve done it.”

Eventually, she hopes to get a degree in business. “I just want to own something, I want to have my name on something,” says Elam

In the mean time, she’s been able to find a sense of ownership in her new neighborhood, where she’s been for about three months. “I like it,” she says of the eight-block stretch just south of Vliet Street.

The neighborhood has a different feeling than the area where she was raised. “People communicate,” says Elam. “It’s a lot more tight-knit — everybody knows everybody.”

Elam, who’s still young, doesn’t want to be where she is, doing what she’s doing, forever. But, for the moment, she’s isn’t looking too far forward. “I’m excited about paying my rent,” she says.

“People my age … they’re not working, they’re not doing what I’m doing,” says the 20-year-old. “If I would have stayed here for high school I think things would have been a lot different.”

Did you find value in Brandi’s story? If so, please subscribe to our newsletter; we publish the story of a different Milwaukeean every week. You can listen to Brandi’s 3-minute audio story on wisconsinlife.org.