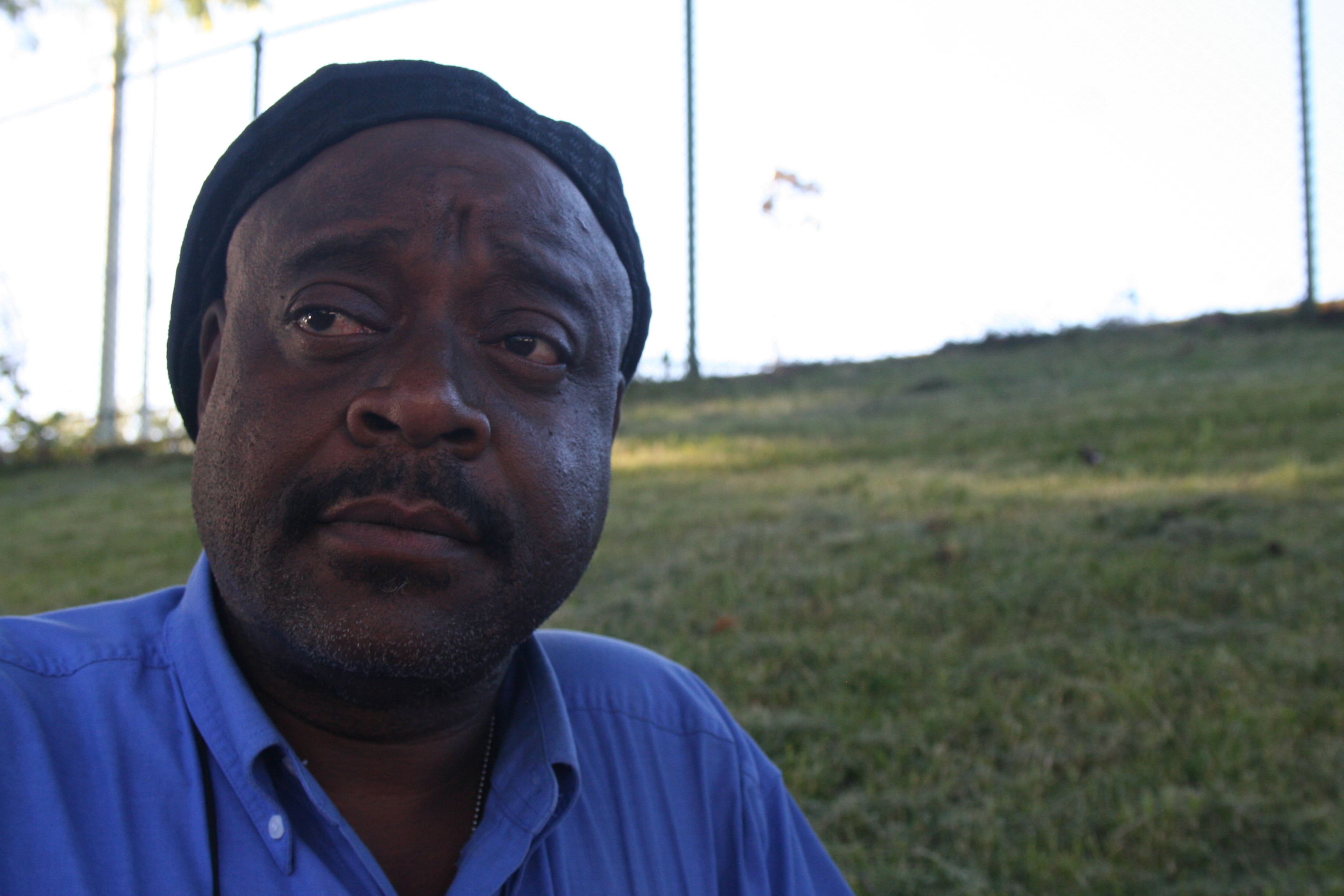 Dave Wroten lounges against a concrete sidewalk border on West Chambers Street in the waning hours of Juneteenth Day. The 54-year-old Wroten remembers a time when things in Milwaukee, where he was “born and raised,” were different.

The son of a minister, Wroten was the youngest of many. “Shit, I had six brothers and four sisters,” says Wroten. “I learned from their mistakes, you know. Watchin’ them and [seeing] the things they did showed me a different path.”

“How could I put this — it was great but you had a lot of restrictions.”

“Pops would say — well, he wouldn’t say it but the way he ran his house was — ‘I’ll give you the right to do what you want as long as you do what makes sense,’” Wroten says. “Now, when you’re doin’ something stupid, then he’d come in and correct you.”

Wroten graduated from Riverside High School in 1978 before attending UW-Madison and taking some law courses at Marquette University. “As a child, I was a bookworm. From as far back as I can remember until like eighth grade, I lived in the fuckin’ library,” he says.

A friend interjects. “Tell the truth, Dave — you was a trouble-maker.”

“No, I wasn’t,” Wroten responds. “Not when it came to knowledge, man — I always stayed in my books.”

“My father taught me that white man rules do not apply to me because none of their rules are for me.” He cites the difference between sentencing laws for cocaine and crack as evidence.

But Wroten didn’t make up his own rules, either. “I abide by life,” he says. “You treat people how you want to be treated.”

“That’s the bottom line, that’s the golden rule — I treat you with respect, you should treat me with respect.”

Hear what Wroten has to say about the recent Charleston, S.C., shooting

Eventually Wroten joined the armed forces and served for about six years. “I had kids and I needed to take care of ‘em. Actually, I had one son, at the time.”

He ended up with seven, in all — six sons and a daughter. “It’s been wonderful,” Wroten says of being a father. “My children are blessed. I’ve got six grown boys, married, got their wives, their kids, their own homes — they’re doin’ great and they’re livin’ lovely.”

And, that’s all he’s worried about, looking forward. “I’ve done everything I’ve wanted to do,” says Wroten. “I’ve been around the world twice, I’ve traveled and I’ve done whatever I’ve wanted. My future, now, is for my kids and my grandkids — it’s their lives now and I want to make sure it happens for them.”

Did you find value in Dave’s story? If so, please subscribe to our newsletter; we publish the story of a different Milwaukeean every week.