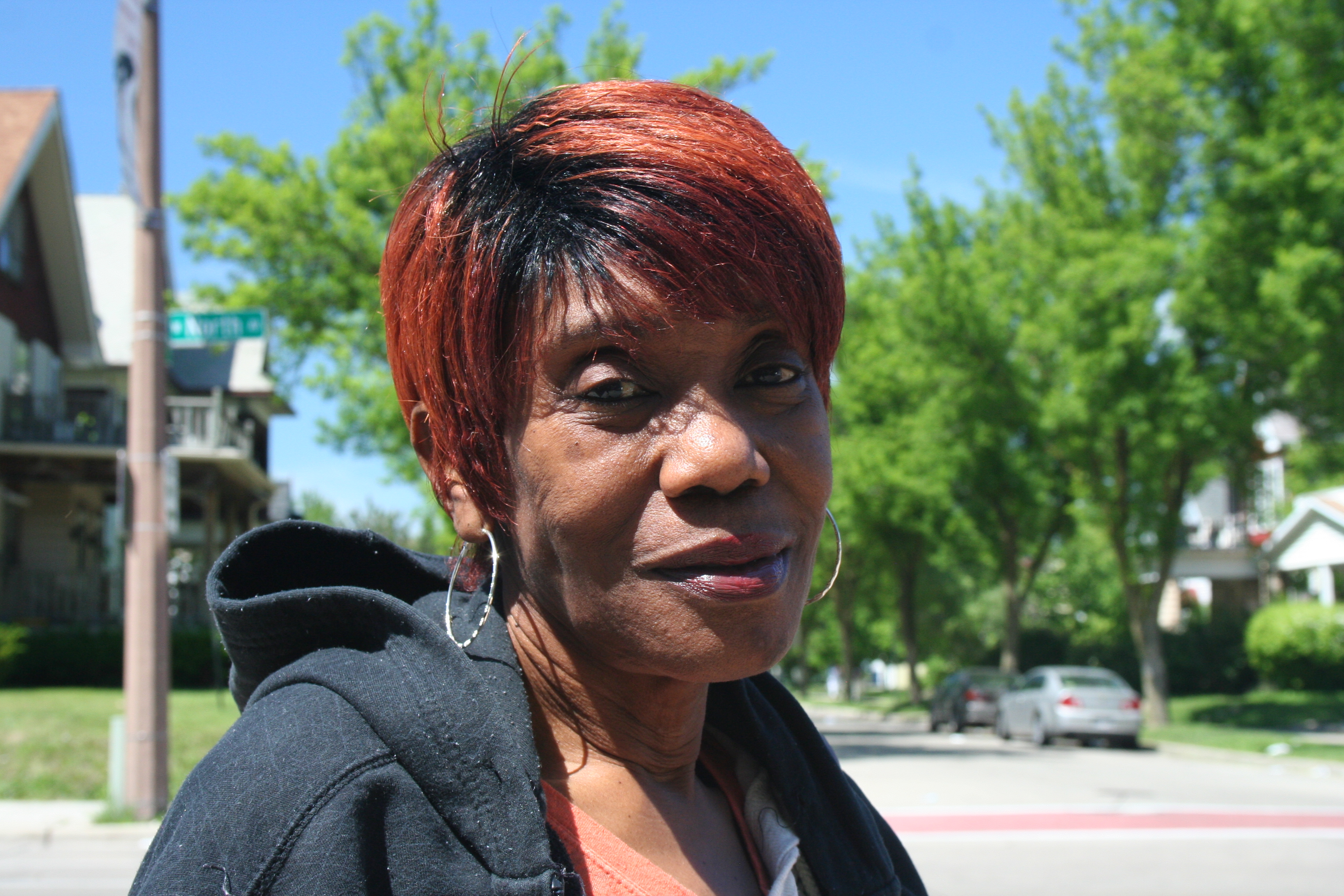 Annie Davis sits in a swath of shade on the lowly set sill of a window near the corner of 41st and North gazing out into the sunlight while she waits. The 61-year-old Davis grew up in Greenwood, Miss., the daughter of a sharecropper. Life was not easy.

“We didn’t have no money so we had to help our mother, you know. We had to chop cotton, pick cotton … so I didn’t get a chance to go to school,” says Davis. “My mother, she grew up doin’ the same thing, almost like slavery.”

The need to work kept Davis from school. And, when all was said and done, she stopped going at the age of 16. “I was kinda slow, you know, on learnin’,” she says. “I never made it to the seventh grade.”

She was the third-oldest of 10 children and had to watch her younger sisters while her mother and the others worked. “And, once I got old enough to work, then I started working [and] somebody else [took] care of the younger kids.”

Much of the responsibility fell to the older children because Davis’ father wasn’t around, a factor that may have played into her mother’s decision to send the three oldest children away when they were still young. But, for Davis and her siblings, that experience wasn’t any better than living at home.

Davis said she “must’ve been like three years old” when they went to live there. And she says, when the wife died, the man inappropriately took advantage of the young girls. “I can remember … when I was five I could remember a lot of things happening to me.”

Shortly after, the children came back to their mother’s home. That’s when Davis got to know her stepfather, who she says helped raise her — she called him “my dad.”

Though she didn’t have much time where she wasn’t working, Davis says, as a child, she “just liked to play.” Her favorite thing to do was climbing trees. “That was my favorite hobby. I loved climbing trees,” she said. “I was a little tom-boy.”

Davis says she started climbing pecan trees to shake the nuts to the ground — the pecans were a treat the children enjoyed. For some reason, the hobby stuck.

But the instances of fun were few and far between. “My mother was abusive,” says Davis, adding she didn’t understand it was abuse until she moved to Milwaukee. “I used to get whoopin’s all the time with anything — a belt, a stick, an extension cord, you know.”

The beatings were so bad, Davis would run away. On one of these occasions, she was picked up by a friend’s boyfriend. He raped her and she became pregnant with her first son. She was 16.

Her mother found out about the pregnancy about a month later. “That’s when I left home.”

Davis stayed with her sister, who raised her until she was old enough to take care of herself. But, by then, Davis had begun to spiral downward.

Davis started smoking cigarettes and drinking and “was just kind of wild.” She had four more children over the span of a little more than five years.

Eventually, she left nearby Cruger, Miss., where she had been with her sister, and returned to Greenwood. “I came back and I got married to this wonderful man,” says Davis.

But Davis says she was still “on the wild side” and was injured in a car collision at 21, soon after she had gotten married. “I got my right ankle broken, left hip broken, left arm broken, five ribs broken and I was six months pregnant,” she says. “I made it through that and kind of slowed down a little bit.”

Some years passed and, at 32, Davis left her husband in Mississippi and came to Milwaukee, at the bidding of a friend. “We were close friends — she stayed next door to me in Mississippi. Then, she moved up here and she kept begging me to come.”

She made an arrangement with her husband — she would go ahead and “get everything together” and he would join her and the children later. But after Davis had been in Milwaukee for about a year, she took a trip back to the South. Her husband decided not to come with so she made the trip back alone.

Davis says Milwaukee “was cold but I kind of liked it a little.”

At first, Davis worked in a factory for two years, then a bank for two more years. “I think I had a pattern,” she says.

But, after that, Davis says, “I didn’t work that much.” She was able to survive with the money sent by her husband, eventually went on welfare, which helped at the time — Davis was raising her five children as well as her oldest daughter’s son, who was three months old when they made the move.

“You know … when I was younger I didn’t want to have no kids like that but I took care of my kids,” says Davis. “I feel good bein’ a mother.”

Davis lived on welfare “for a good while” and then ended up getting disability. Ten years after she moved to Milwaukee, her and her husband divorced. And, around that same time, Davis went to recovery for her alcohol use. That was 18 years ago — she’s still sober.

Looking forward, all Davis wants is “to prosper and have something.”

Did you find value in Annie’s story? If so, please subscribe to our newsletter; we publish the story of a different Milwaukeean every week.