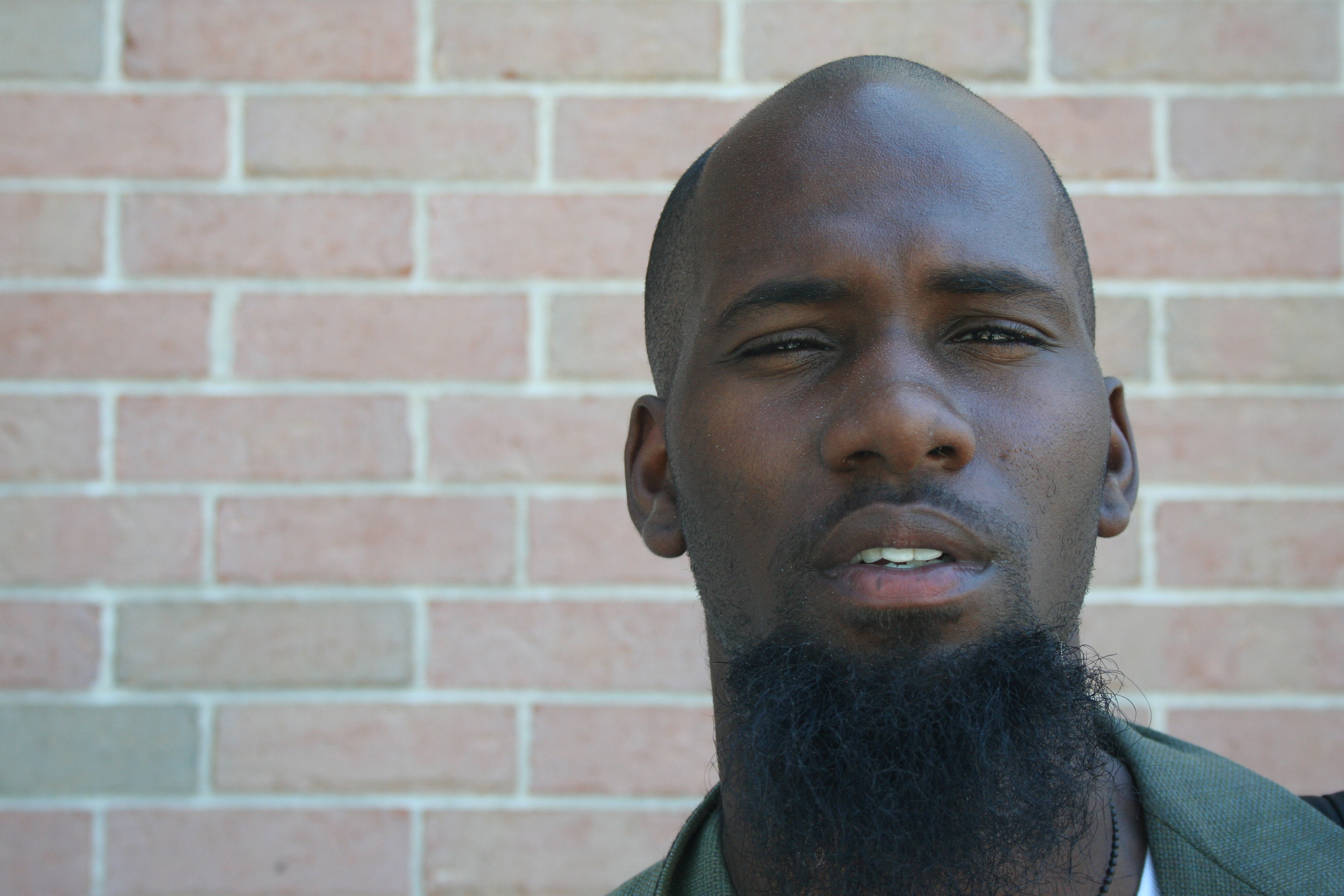 Alexander James walks briskly down North Avenue on an early Saturday afternoon. James has somewhere to be, today, but it’s easy to get the feeling there wouldn’t be much slowing him down, no matter what.

James, who grew up in the foster system, says he “bounced around, moved around a lot” as a kid. “Those are the cards I was dealt — my mother, she wasn’t able to take care of us,” he says.

“We had visits when I was young,” James says of his biological mother. “We had our ups and downs.”

“That’s the woman who god saw fit to bring me into this world so, you know, I try to respect her.”

Because he was without his parents as a child, James developed a special relationship with his sister — they grew up in the same home until James was 7 or 8. “When we were separated, we always found a way to stay in contact,” he says. “We … had a constant connection; we only had brief moments … when we weren’t in contact with each other — we always found a way.”

She doesn’t live in Milwaukee anymore but they still talk, he says. It wasn’t the same with his two brothers — they weren’t able to “build a rapport” until he was almost 18.

As a result, James, “[looked] up to other people as big brothers — gang members or foster brothers.” He grew up on the East Side and “had to fight for myself.”

James attended Juneau High School as a freshman and, after leaving Milwaukee for a period, went to Alexander Hamilton. But school was far from his mind at the time.

“Oh, I was misguided,” he says. “I really wasn’t focused on school; I was just trying to get high [and] lose my v-card.”

All of these factors resulted in James maintaining a zero-point-zero grade point average. “So, say there’s like 200 days in a school year, I was only there for like 15 … And I was tardy most of the time,” he says. “But, on the thing, it said, ‘Your child has been promoted to the next grade.’”

“I just knew they were setting me up for failure,” James says.

So, he dropped out. “I didn’t know what I was going to do but a social worker who worked at the group home, she found out [about] this program (COA) … They were doing GEDs and stuff.”

James got his GED and enrolled at MATC; He graduated from the school on May 15 with a degree in Entrepreneurship.

“[I’ve] got my own little business — I make brownies, chocolate covered strawberries.”

In terms of his entrepreneurial spirit, James doesn’t know where it came from but he has his suspicions. “I don’t know, I always had it — probably genes,” he says.

James says he looks forward to becoming a “real man” and developing a “core of stability.” “Stability, security, you know, [starting] my own little family,” he says. “That’s what I look forward to.”⬩