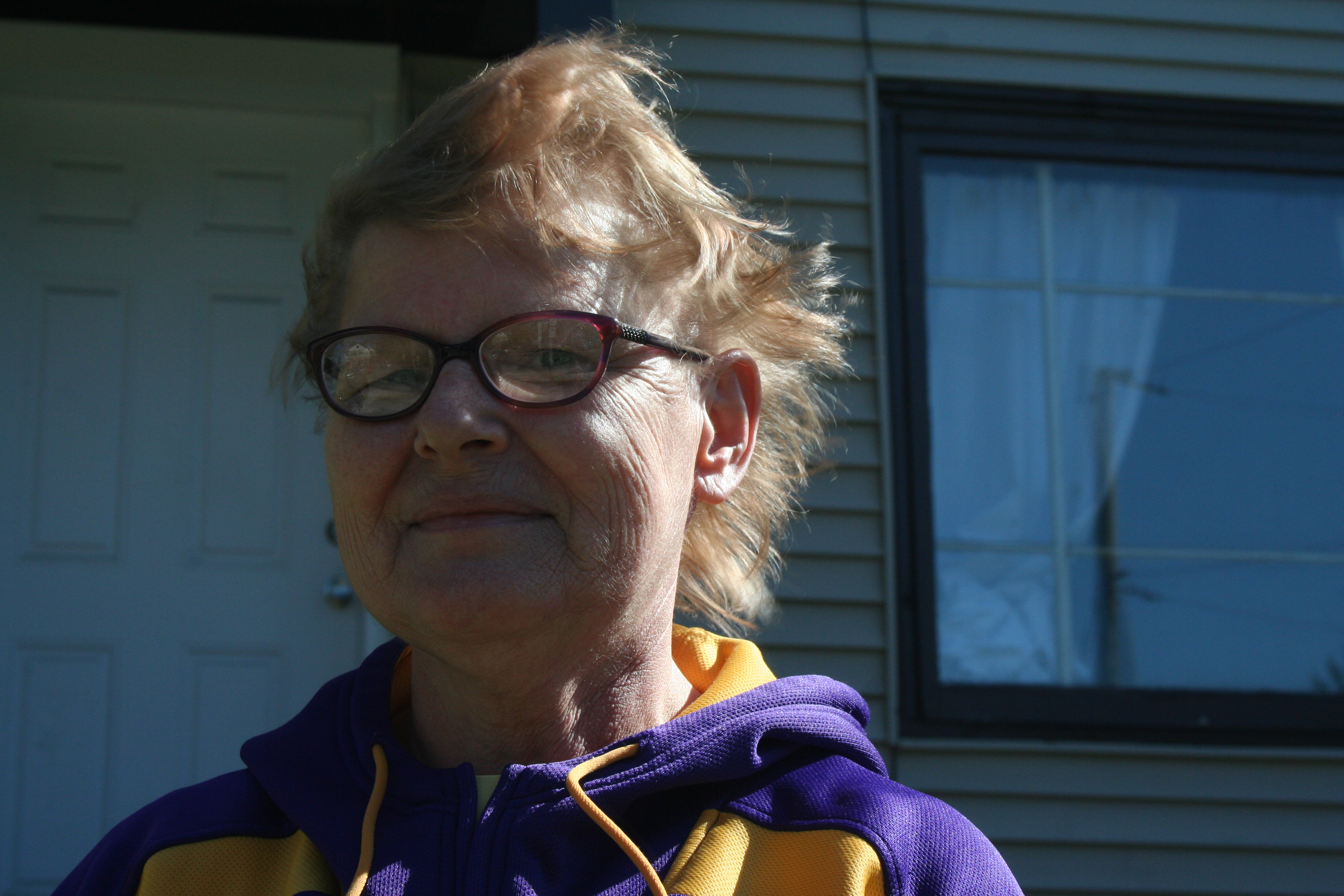 M.J. Perez stands on the front porch of her home in Muskego Way finishing a cigarette, taking a break from her granddaughter’s birthday party. At first glance, Perez doesn’t have the look of a native — she’s wearing a Minnesota Vikings jersey — but she quickly puts the thought to rest.

“I’ve been here all my life,” she says. “Mostly on the South Side.”

“I was my daddy’s favorite,” says Perez, who was one of ten children. “When I was a kid growin’ up I used to watch football with my dad and he was a big Vikings fan … it’s something that stuck.”

She never went to a game with him but that time watching the games on TV was special, especially growing up in such a large family. “You didn’t have too much time by yourself,” she says. “Somebody was always around, whether it be a younger brother, older brother, younger sister — whatever.”

In high school, Perez worked at a camp near East Troy for three years that was associated with the Salvation Army. After graduating from South Division, Perez went into the army; it wasn’t long until she realized that wasn’t for her. Since then, Perez has worked in security, at Summerfest and for an answering service and more; now, she serves food at the VA, where she’s been for 12 years.

“I did a lot of different jobs.”

But her favorite was a laundromat on 23rd and National called The Laundry Room. “It was a small company, the boss only had about eight, nine employees and she treated us very well,” says Perez.

“Every year for Christmas, [the owner] took all the employees out to eat, she gave us bonus checks; for Thanksgiving, she gave everybody a Turkey, she remembered everybody’s birthday.”

Perez, who has two daughters, is also a grandmother of six. “Being a mother was great but being a grandmother is the best,” she says, laughing, “If I could’ve had [the grandchildren] first I would’ve.”

At this point, Perez plans to “keep on workin’ until I can’t work anymore” and do some traveling after that, alone.

“I’m single,” she says. “The girls’ dad and I, we never got married. I mean, we’re still good friends, you know, ‘cause we’re always gonna have the girls involved and now we have grandkids together.”

But she just hasn’t found someone who shares her values and morals; some men, she adds, “just to get what they want and then, after a while … they’re gone.”

“Why go through [that] every so often? I’m comfortable by myself.”

Did you find value in M.J.’s story? If so, please subscribe to our newsletter; we publish the story of a different Milwaukeean every week.