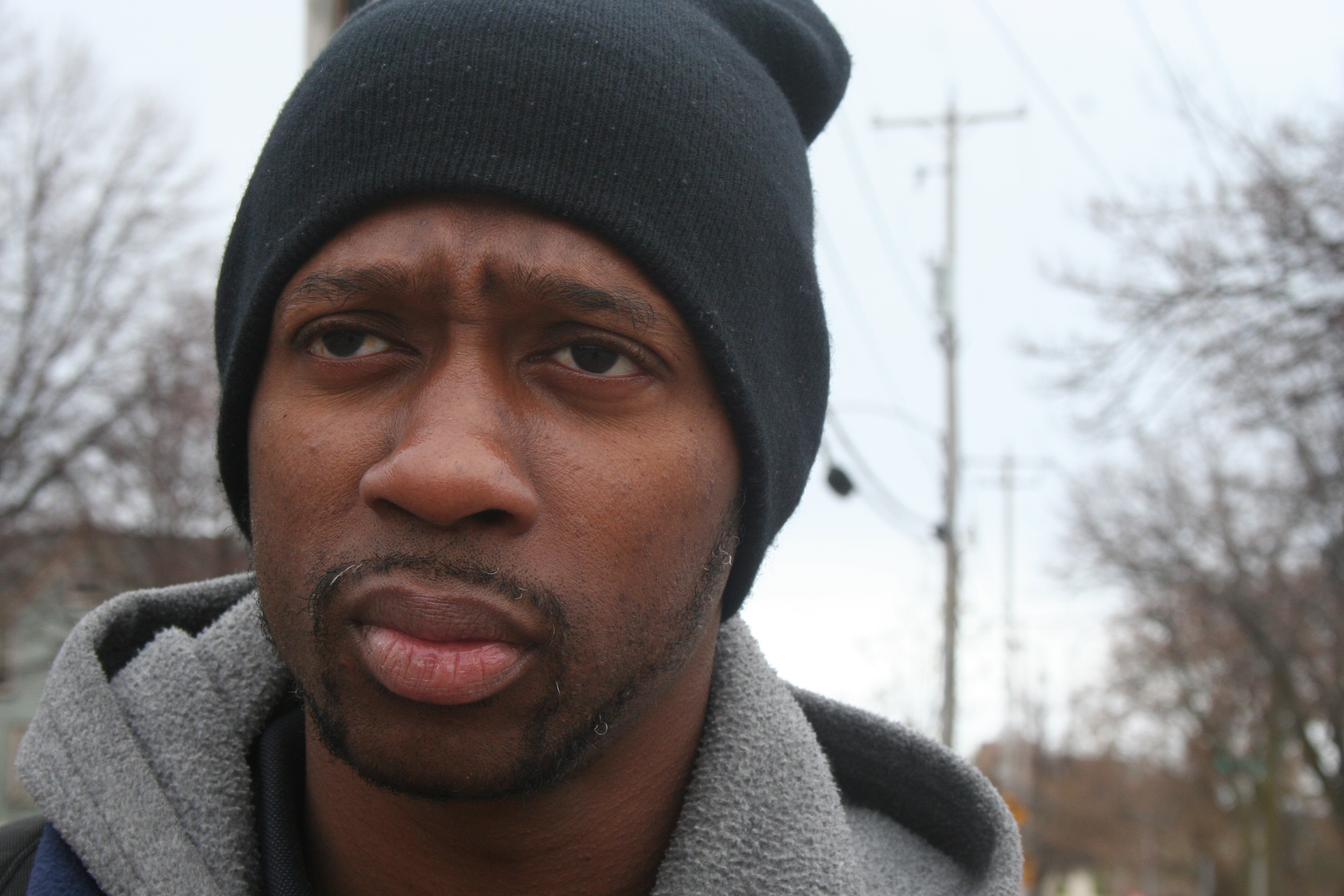 Dejaun Jones saunters down Brown Street in Brewer’s Hill wearing a bright red workman’s jacket and a long, black sock-cap. The 39-year-old Jones, who was born in St. Louis but came here when he was 3, carries a backpack over both shoulders.

Luckily, though, Jones wasn’t thrown straight into the fire; he’s an oldest child so responsibility is nothing new.

At first, Jones says, it was “rough” and he rejected the role but as time passed and he got older it started to make sense. “It was cool after a while — I understood.”

Even so, Jones doesn’t take credit for any success his sister and brother might have had. “I can only say I gave ‘em some decent advice and they moved from there.”

That responsibility transferred over into Jones’ adult life, too. Though, in a way, it was forced on him yet again. “You don’t have a choice (but to be responsible), especially when you bring a life into the world,” says Jones. “At first it’s kind of scary … but then you start to realize, ‘Okay, it’s no [longer] about me, it’s about them.’”

Jones says he tries his best to be the best man and father that he can but, sometimes, he falls short. When that happens he’s glad that he can lean on his youngest daughter’s mother, his partner.

“She’s the world.” says Jones. “There’s a lot I could say but it wouldn’t be enough words.”

She always looks out for his best interests and the best interests of the family, he says. She encourages him when he’s down and they connect “mentally, spiritually, emotionally.”

And she also encouraged Jones — who works a part-time assembly-line job through a temp agency and has previously managed a KFC, worked stocking a truck and as a short-order cook — to go back to school. He’s currently enrolled at MATC for cosmetology.

“You have to be a social person to be a cosmetologist because you’re dealin’ with different types of people,” he says, adding that people are quite particular about what they want, especially when it comes to their appearance.

For Jones, who hadn’t been to college before now, it’s been a different kind of experience — something to cherish, something to provide hope for a bright future.

“I like it,” he says. “I’m learning something that I didn’t know. And, that right there, intrigues me to the utmost.”

Jones is looking forward to moving to Arizona — where his girlfriend has a job offer waiting — in the near future and hopes to transfer his credits and finish school there. But, for now, Jones just reminds himself how thankful he is for what he already has — three beautiful children and a good woman.

“I don’t really complain — I just push forward,” he says.

Did you find value in Dejaun’s story? If so, please subscribe to our newsletter; we publish the story of a different Milwaukeean every week.