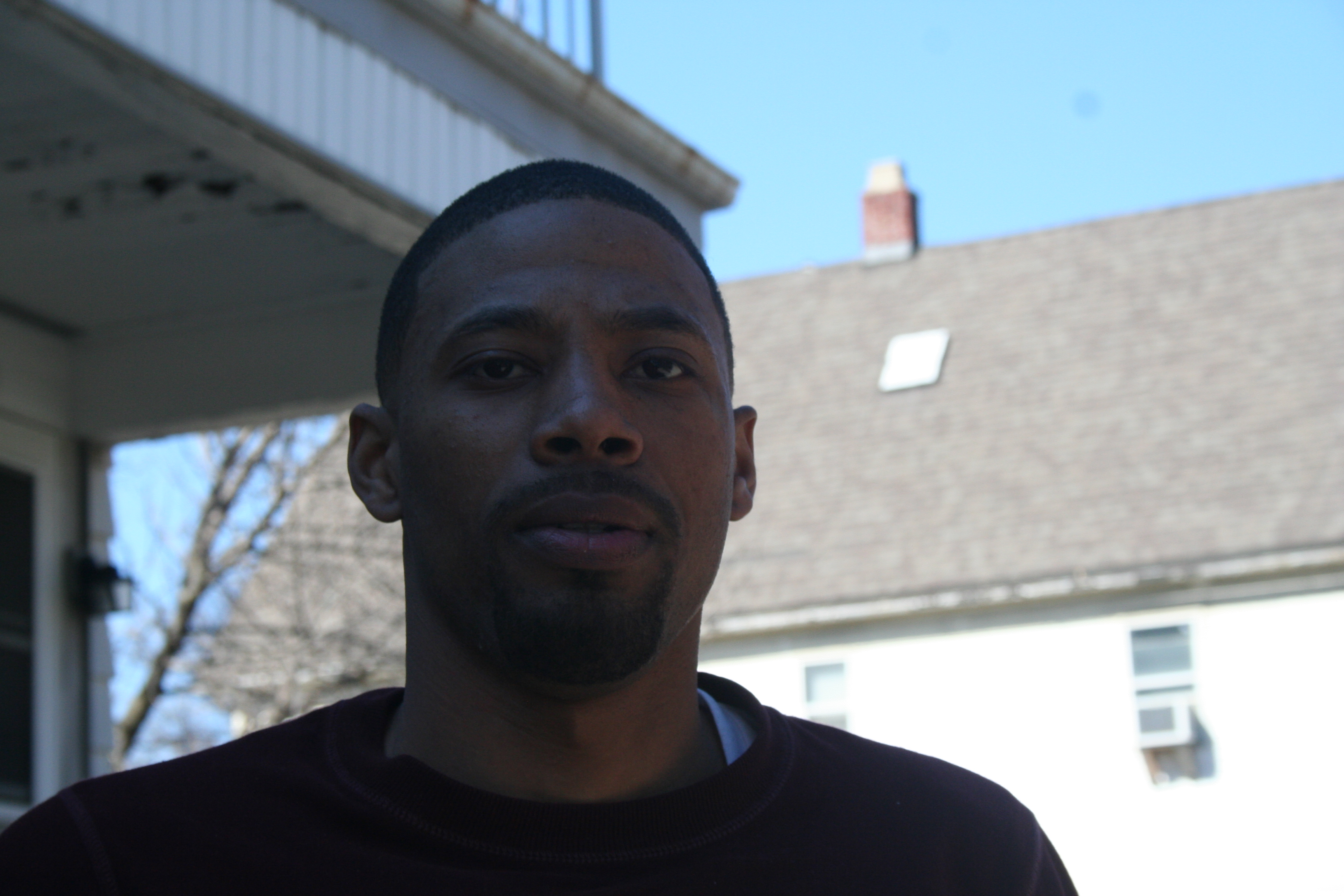 James Nash sits on a set of stone steps near 34th and Wright in Metcalfe Park. Nash grew up near 24th and Nash, 26th and Auer and a couple other homes in and around the Capitol Drive area.

“I had a very mild-mannered upbringing but it was always in the inner city,” says Nash.

Growing up in a single-parent household, Nash says he was “extremely disciplined.” His mother has a degree in culinary arts and works as a cook, his long-time step-father has worked at the VA hospital for more than 30 years and Nash says his father “always worked for himself, when he did work.”

As a result of those — and other — influences, Nash became acquainted with work at a young age. Even before he turned 8 years old, Nash was working for a construction company, helping with demolitions.

“I’ve been working ever since.”

At 11, Nash began doing janitorial work at his church, he has umpired baseball games at Northwest Little League and was working at McDonalds by 14. Now, he owns and operates a number of startup business ventures that include a small music label and a construction company; he also restores classic and collector cars.

From a young age, Nash knew what he wanted to do. “My grandfather was an entrepreneur. He was a guy who worked for himself, he was a guy who took care of family so I always patterned myself after being like Jimmy Lee Phillips.”

Nash says he’s always been “family-oriented,” which has allowed him to lean on relatives in times of need, whether it be business or personal. “I always had support when it came to certain things.”

But when it came to fatherhood, that was something Nash, who has two young children, had to navigate for himself.

“There [were] three things I feared in life: I feared god, I feared growing old alone and I feared that I wouldn’t be an extraordinary dad.”

That fear has, in a way, guided his experience as a father. “I dedicated a lot of my time and effort into making sure that my son had the things that I didn’t have.”

But the joy of being a dad hasn’t come without some heartbreak. “My second child, I ended up bringing him to life but he passed at three months,” Nash says.

“My son was born with kidney disease,” says Nash. “It got to the point where he was seizing in the hospital and they thought it was more beneficial to let him go than to keep putting him through the pain and suffering.”

That experience affected Nash’s relationship with his mother’s children. “We went through some things — traumatic events. We distanced ourselves [from each other] … but, for our children, we communicate.”

And, when it comes down to it, Nash just hopes to be able to support his children, whenever and however they might need it. “It’s not so much about the riches but it’s about the wealth,” says Nash, adding he wants his children to “have something to fall back on.”

On top of that, though, Nash says he’s grateful that he has been able to pursue his passions successfully. “I didn’t want to get into business in something that I hated. They say if you do something that you love for work it’ll feel like you’ve never worked a day in your life.”⬩