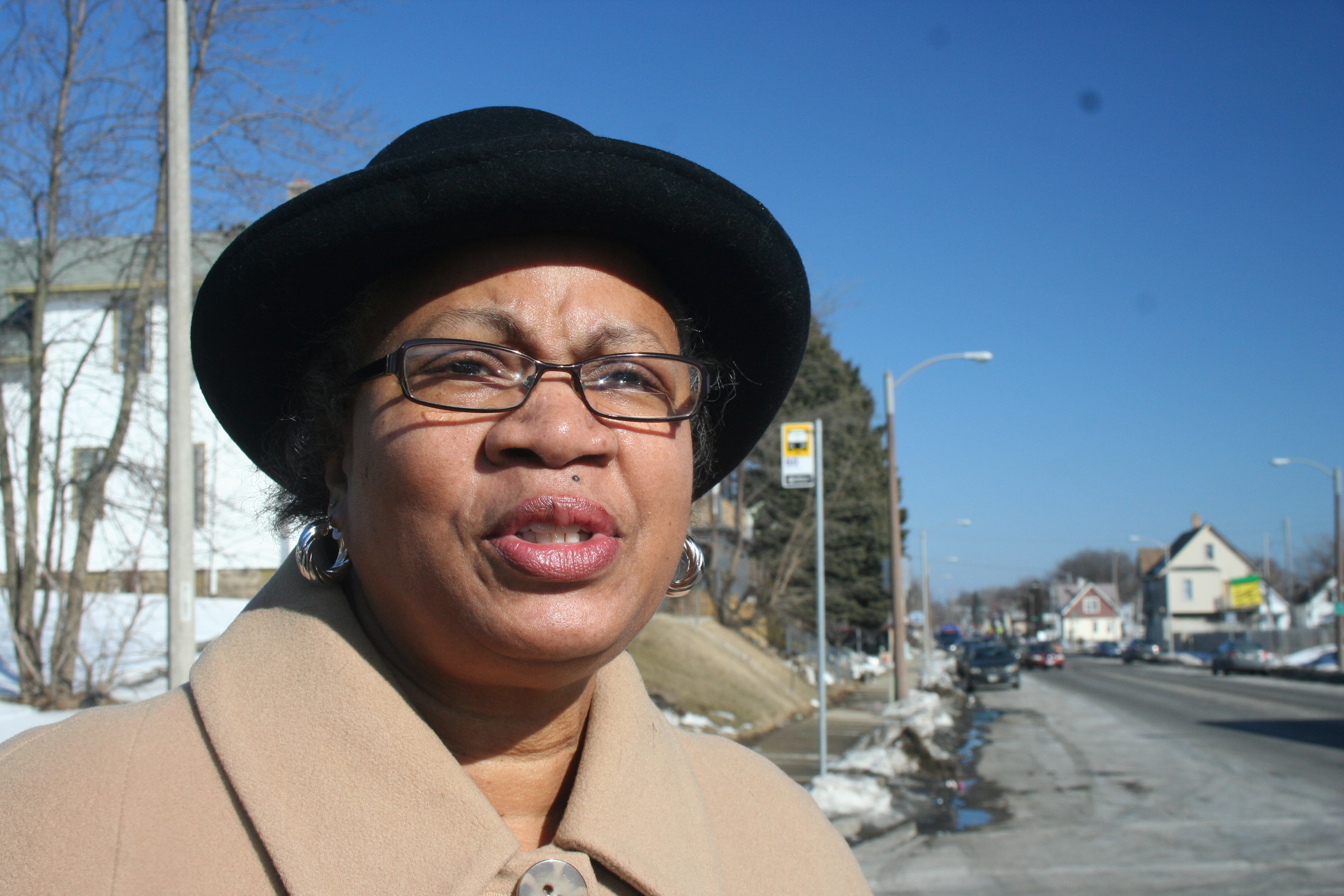 Earlene Green stands on the northwest corner of 14th and Burleigh in Borchert Field, dressed to the nines after attending a funeral. The 66-year-old Green is hesitant at first but it doesn’t take much before she begins to recall her childhood.

“We were getting integrated at that time,” says Green. “It was different … it was very different.”

She was bused from her school to another one downtown and it was tough. “My parents migrated from the south,” she says. “I hate to say it … we just knew where our place was.”

But Green says all the kids — black and white — got along just fine. “My childhood was nice.”

Green says she sees too many kids “standing on the street” during the day. “They need to be educated but they don’t understand, you know?”

She didn’t quite take all of her advice, though. “I could’ve went to college but I didn’t,” says Green.

Instead, after graduating from Rufus King High School, Green started working right away. She did some clerical work for the Milwaukee Board of School Directors before starting at P&H, now Joy Global. “I’ve been there 40-some years. So, I was fortunate enough to keep working.”

“But those days are over,” she says. “If you don’t finish high school and don’t get an education, you’re in terrible trouble.”

Green’s parents have been married 65 years and she says they stressed the importance of their children getting a good education. Green’s two sisters have college degrees.

Though she’s grateful for her parents staying together and raising them well, Green acknowledges it wasn’t only their influence that has allowed her and her siblings to be successful. “When I was growin’ up, it took a village to raise kids,” she says.

“We’re interested in the kids but not in the right way,” Green says, adding that if children don’t receive guidance in the home they will often go looking for it in the streets.

Green doesn’t have any children of her own but has been married for “about 15, 20 years” — she can’t say exactly because she and her husband split and eventually remarried. When they tied the knot his disability was cut off and they had to survive on her salary alone, which wasn’t much at the time.

“It was enough to just get by but it was not enough to live comfortably,” she says. “It worked out for the best but I should’ve seen that one coming [and] I didn’t.”

Green’s parents are still in Milwaukee — her father has Alzheimer’s, now. She plans to retire soon and is looking forward to being able to help with her father and raising her great nieces and nephews. “There’s things I can do, now,” she says.

“A lot of these kids just need love, you know?”

Did you find value in Earlene’s story? If so, please subscribe to our newsletter; we publish the story of a different Milwaukeean every week.